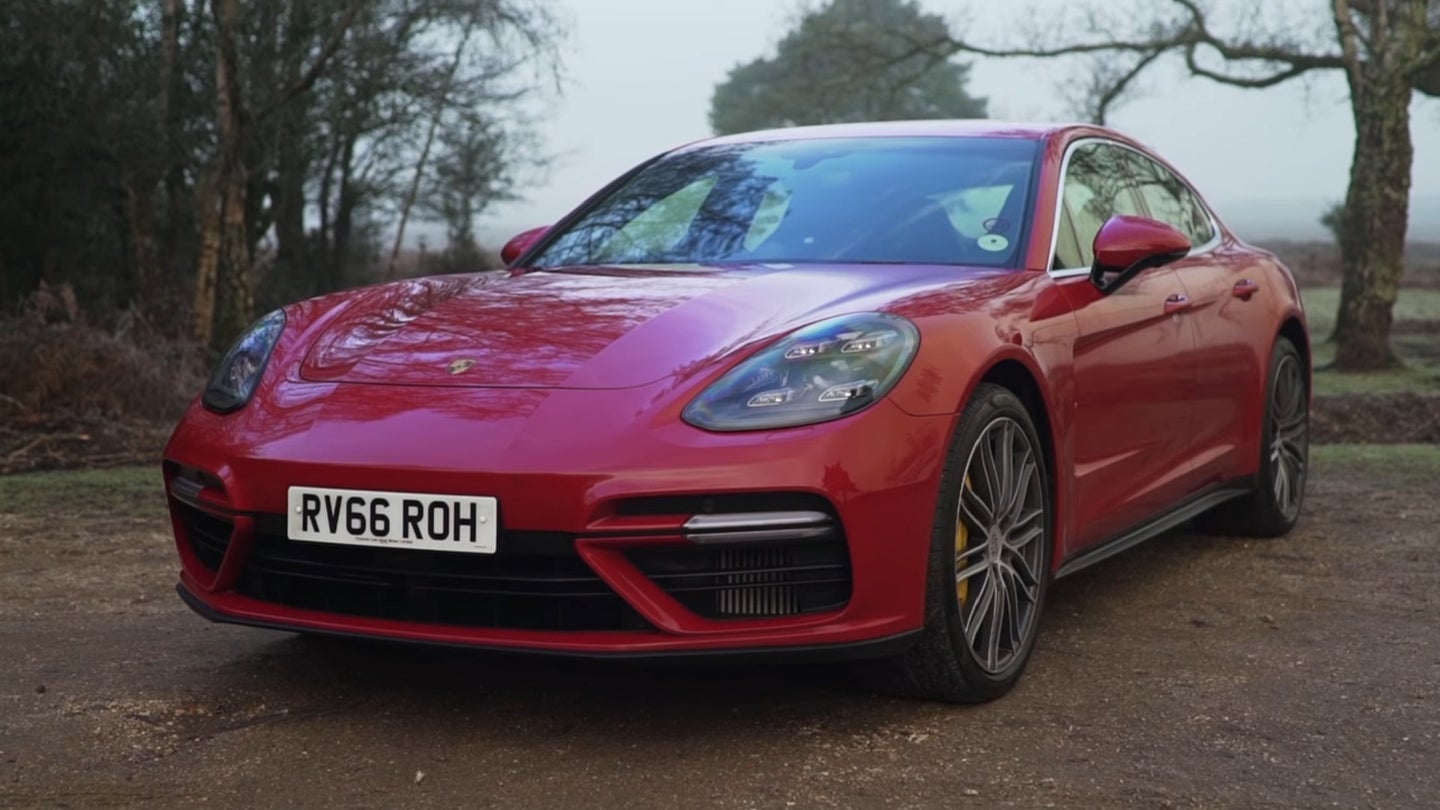 Porsche's previous generation Panamera really had the performance sedan game on lock with huge power and much better handling than anything that big and heavy should be capable of. They were losing market, however, to the Mercedes S-Class and BMW 7-Series on technology advancement, however, and with this new generation have largely caught up, while still being faster and sportier. If you're looking for digital control of pretty much every aspect of the car straight from your fingertips, the Panamera can now do just that. With a massive center-mounted touchscreen, haptic feedback buttons on the center console, and configurable dash gauges to tell you pretty much anything you'd like to know on the go.

Outside of the new interior advancements, the Panamera has new sheet metal that is widely regarded as far better than the old Pana's critically panned body. As great as the old car was to drive, if the new car had just improved in the visuals department, it would be a smash sales success. The fact that they've upgraded engines, upgraded interiors, and added a raft of new options is just icing on the cake.

Let's talk about the engine in the Panamera Turbo for a second. Basically, the same engine as what can be found in Audi RS models, the 4.4-liter twin-turbo engine is a real gem. We'll be honest and admit that it doesn't quite sound as good as the old Panamera Turbo's 4.8-liter twin turbo (also found in the Cayenne Turbo). The old engine was more deep throaty baritone, while the new engine has some Audi-based levity to it. It's more powerful, and it'll still tear your head off with torque, but it seems like it'd be more jovial about it.

If you're still on the fence about the Panamera Turbo, go check out this video from Carfection.