Paul from Autokennel had his GoPros running to capture the feel of the event. 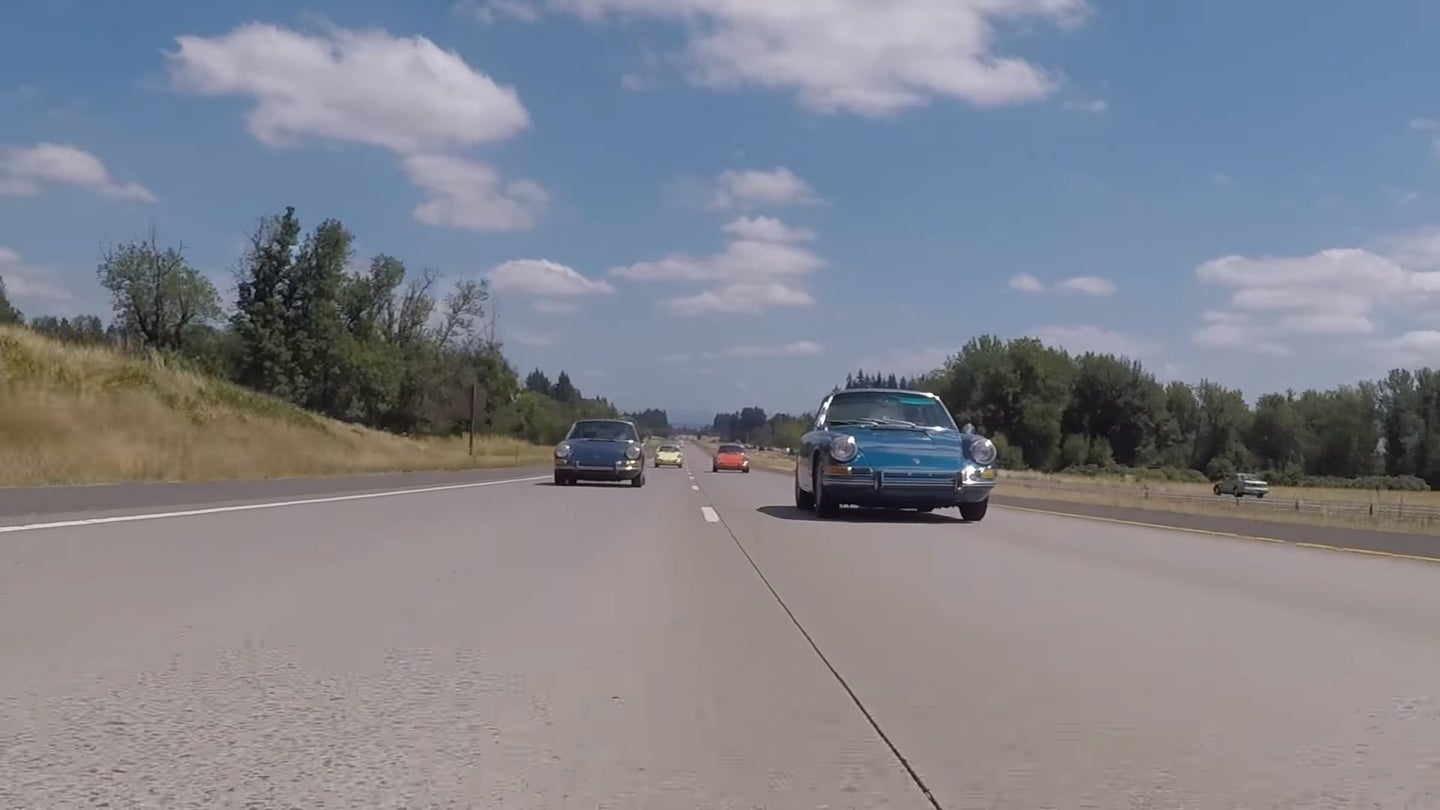 In case you missed it, Emory Porsche Campout was an awesome Porsche-centric event that took place in mid-July up in Western Oregon on the grounds of the Parts Obsolete campus. Hundreds (claimed to be 750 people) of Porsche aficionados made the trek to the event and camped out in the fields surrounding Rod and Gary Emory's PNW homes. This video was captured by Paul of Autokennel. We were right there in the trenches with Paul and the rest of his crew, in fact, you might recognize our Talbot Yellow Porsche 912E in a few clips from the video. On our way up to Oregon from home in Nevada, we took our time, and made the trek via the scenic route, up to Crater Lake (a gorgeous sight for anyone interested), took plenty of time for meals and fuel stops, and made our way up there in just three days. Needing to make time, we drove home after the event without a crew, doing the full run in just 10 hours.

The entire event, from the trip northbound to the film festival to the car show to the swap meet, this whole weekend was a joy. There was something for everyone to do at all times, and we spent plenty of time pawing through the racks of shelves in the old Parts Obsolete building, which still had a treasure trove of used parts. We've been in the Porsche business for while (though certainly not as long as Gary has), and there were some parts in there that we haven't seen hide nor hair of in ten years.

So, if you weren't there but you wished you were, check out this video to give you an idea of what you missed out on. This was the first Emory Porsche Campout since 2012, and we may not see another one for a at least another five years, if you listen to what Rod has to say about it.

The Porsche Cars North America headquarters in Hapeville is a car-lover’s fantasy.

And it’s only got two wheels?