Porsche’s Renowned Rennsport Reunion Is Coming Back in 2023

The biggest celebration of Porsches in the states returns for a seventh event. 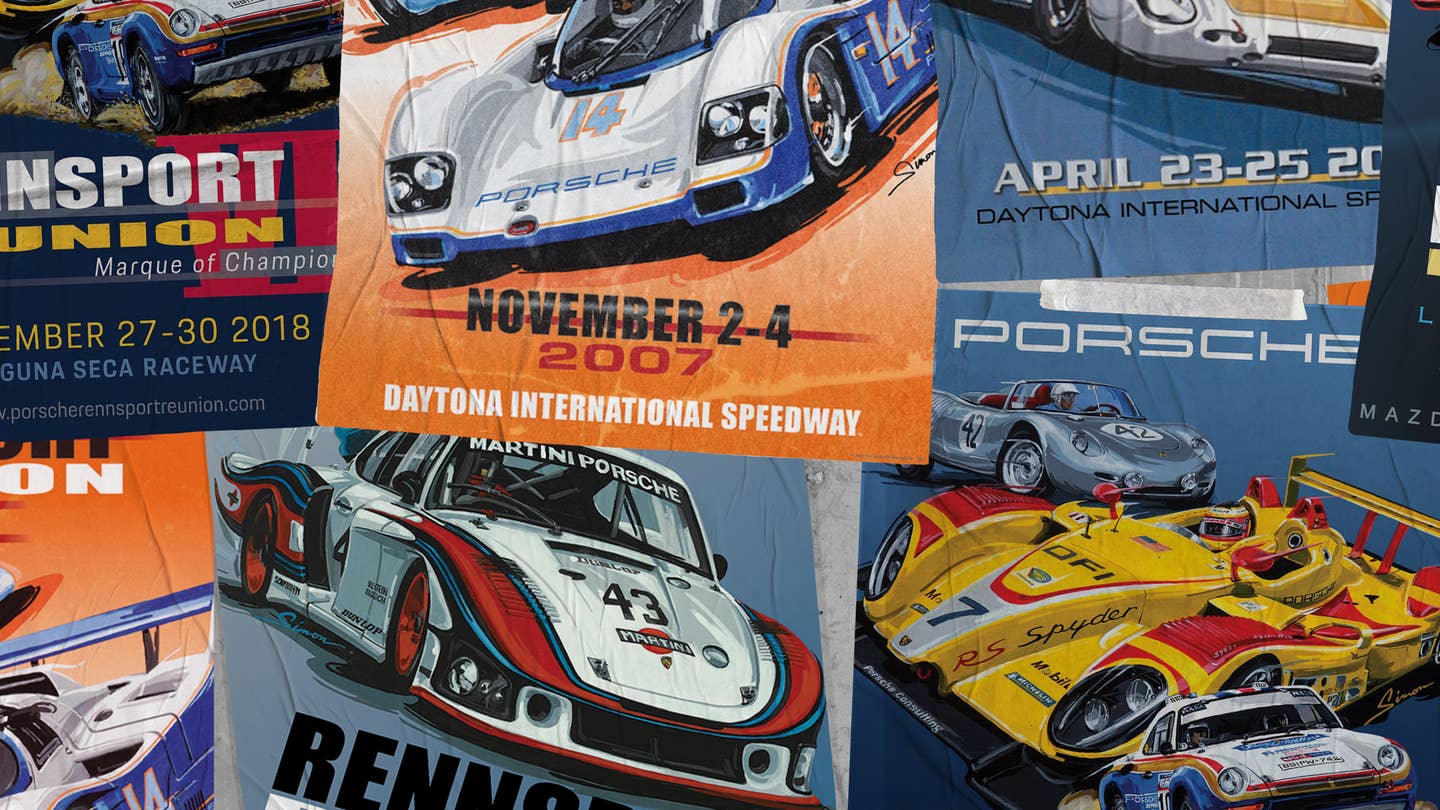 Porsche is a company whose legacy is inextricable from the cars it's still churning out of its factories. They've always relied on both performance prowess and an emotional connection to past achievements; it's difficult to imagine what Porsche would look like without shelves upon shelves of trophies from nearly every prestige racing event on the planet.

Now, for the first time in five years, the ultimate celebration of Porsche's racing heritage has returned. Rennsport Reunion, the factory-backed festival of Porsche in North America, will be held once more in 2023. It's the first time the event has been held since 2018, and only the seventh time it's been held in history since the event's inception in 2001. Put on by Porsche Cars North America, the event features some of the most legendary vehicles the company has ever built screaming around a race circuit somewhere in North America. The location for 2023's Rennsport is still unannounced, but previous events have been held at Lime Rock Park, Laguna Seca, and Daytona International Speedway.

While the car list is also something that won't materialize for quite a while, Rennsport Reunion typically features the absolute dream list of Porsche's race and road cars; at 2018's event, there was both the legendary Le Mans-campaigned 917 of the '70s alongside the modern 919 Hybrid EVO prototype build, and both of them hit the track.

The event isn't limited to just the high-power prototypes or factory-backed Cup cars, either. The entire event is meant as a celebration of Porsche in general, so if vintage tractors (or 356As, or road-going 911s, or any variety of plated Porsches) are more your speed, they'll be at Rennsport in force. Think of it as equal parts car show, owner reunion, and Goodwood Festival of Speed.

Despite not being a massive Porsche fan myself, I am a sucker for watching some '80s and '90s prototype cars rip around a race track. That alone sounds worth the price of admission.