What Do You Want to See From EV Reviews?

The car industry is changing. So too must car reviews. 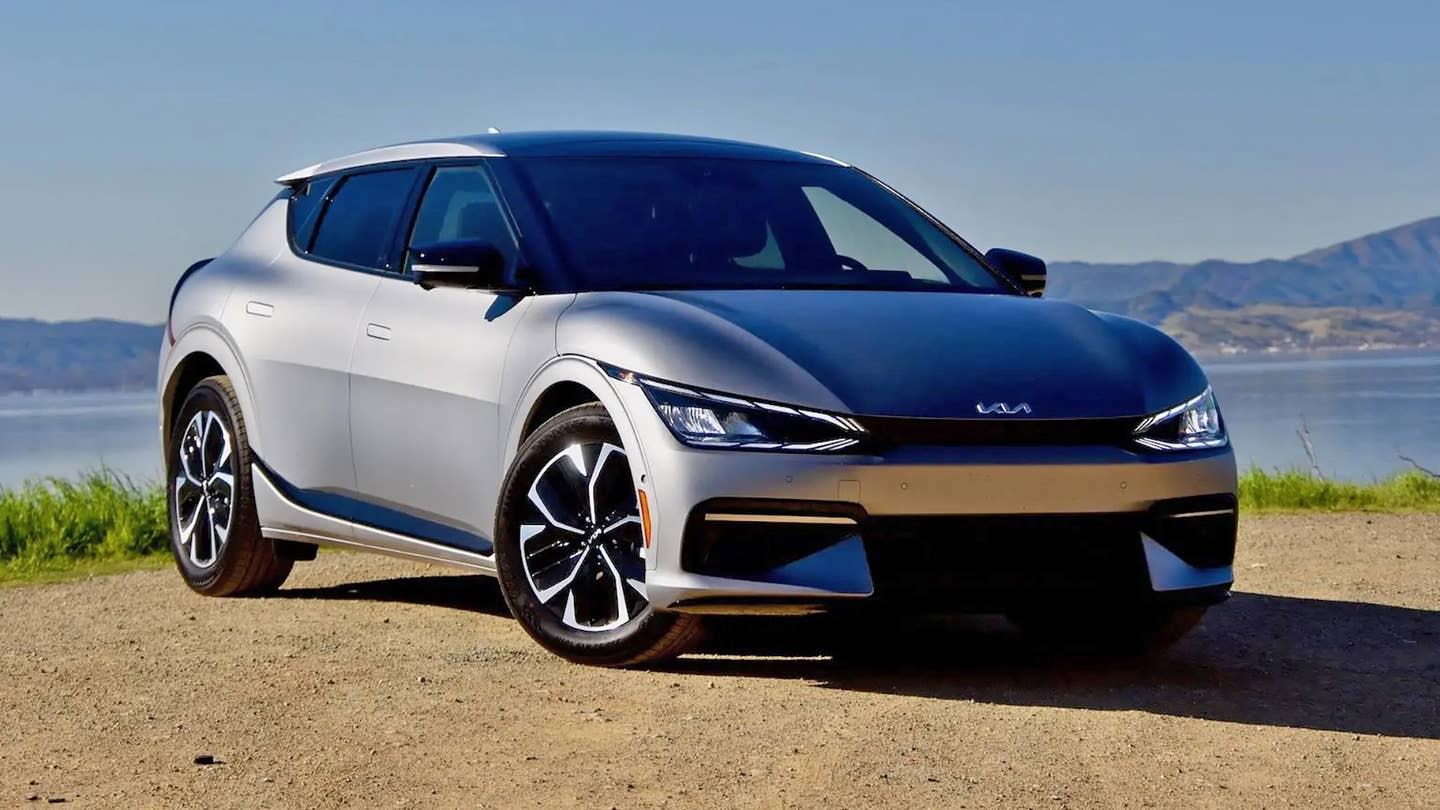 Allow me to let you in on a little secret about writing car reviews: It is considerably easier to craft a review of a car that's weird, extreme, fast, brutal, loud, unusual, downright terrible, or just fun than it is to review the kind of car that 99 percent of people end up buying.

This makes sense, when you think about it. Whether you're writing a 2,000-word car review or filming a YouTube video, inspiration is a lot more likely to strike in a Porsche Boxster GTS than a Nissan Sentra. One of those things stimulates the senses, gets the adrenaline going and is something you actively look forward to being in; the other excels at picking up groceries. Y'know, saving on gas when you buy eggs does not elicit the same emotions and creative juices as hearing a 4.0-liter flat-six screaming in your ear as the wind blows through your hair on a nice day.

Like you, reader of The Drive, most people who get into this business are car enthusiasts themselves. I won't speak for everyone, but I do think the vast majority of automotive reviewers believe driving should be fun or at least default to preferring fun cars for themselves. This often leads to that infamous disconnect between automotive journalists and the general public, where the former group demands wagons and manual transmissions but can't be bothered to actually buy those things in numbers that make financial sense for car companies, and the latter group just needs to get the kids to school without blowing the entire household budget on gas.

But now we all face a massive, industry-wide shift to electric vehicles, the biggest change in personal transportation since the first Model Ts rolled off a Ford assembly line. And things aren't the same. The noises, the smells, the performance, the driver involvement, the way energy is supplied and consumed—those things certainly exist in EVs, but in fundamentally different ways that have traditionally defined both automotive enthusiasm and practical driving.

Individual characteristics and quirks that define EVs can be much harder to pick up on than ICE vehicles, too. I don't think it's fair to say every EV is just a computer on wheels, but it is fair to say that in many cases, the way EVs are reviewed still fits into a template made for internal combustion vehicles.

All of this is a long-winded way of asking you, dear reader, this question: What do you really want to see from your EV reviews?

I bring this up today because of a recent post on Reddit's r/cars, where a user calls out every EV review as being "the same":

"Go fast in a straight line. Can't turn because of massive weight but it's in the floor of the car. 800 pounds of batteries. Lower range than claimed. Highway drops the range off the cliff. Gloss black, no buttons. Wow spaceship sounds. Wow much tech." There you go, saved you from hours of reviews. No dynamics or emotions with those soulless cars. But when I'm watching a screaming v6/v8 review, there's more smiles and laughs in the first few mins than 10 EV vids combined. Do we really need to have everything enwrapped in mindless and emotionless(cheaper to make) "tech". But I guess I answered my own question.

First, I'd argue that unfortunately, not every car gets a "screaming V6/V8" experience; frankly, even many ICE cars have become so homogenized in recent years that it's hard to really tell much difference between one 2.0-liter turbo four-cylinder midsize crossover and its direct competition. I'd also argue that tons of EVs offer "dynamics" and even emotions. Say what you want about Elon Musk these days, but I've thoroughly enjoyed every Tesla Model 3 I've ever driven, and you'd be nuts to say something like a Porsche Taycan is "soulless."

But this Redditor does bring up some cogent points. On the whole, EVs probably will offer a lack of diversity in driving experiences compared to what we've all been raised on to this point. As EVs take over, centering reviews around that driving experience is probably the wrong play. As the car industry shifts in that direction, factors like onboard technology, charging, fast-charging, range, access to charging networks, towing, driver assistance systems and more will be the things that most prospective owners will care about.

It's also a question of education on the part of automotive reviewers, journalists and YouTubers alike. As Hazel Southwell, one of The Drive's EV experts, put it in a Slack discussion this morning: "I feel like a lot of car journalists seem to forget they actually had to learn about gas cars before they could talk about them in detail and so, of course, the intricacies of electrics actually take some return-to-square-one to be able to talk about confidently." Like the car-buying public, it's going to take some time for this business to adjust to things like kilowatt-hours, MPGe, knowing the difference between various levels of chargers and how to preserve battery health over time.

So I'll pose this to you, reader, both because it's an interesting discussion and because it helps us do our jobs better: What do you want to see from EV reviews? What's most important to you if you're considering buying one, whether it's a Leaf or a Lucid? What should be done better or differently? The template has to evolve; we can't keep testing and writing about these cars the same way we have for gasoline-driven cars. With more buyers considering EVs than ever, and with the auto industry irrevocably moving in that direction for various regulatory reasons, we too have no choice but to adapt or die. Let us know how we can do better.

Want to drop me a line? Go right ahead. I'm at patrick@thedrive.com.