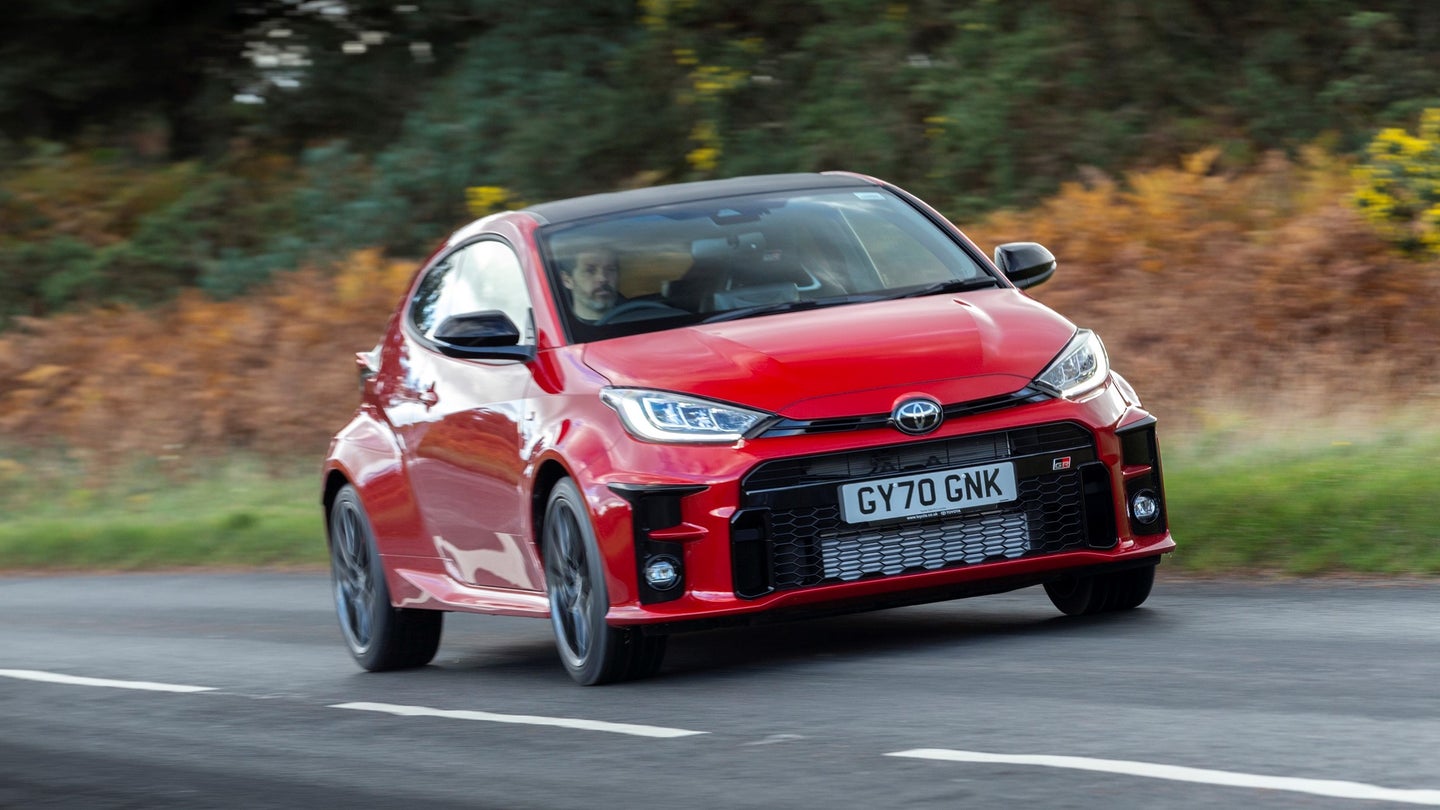 Congratulations. You did it. You survived 2020 and 2021 is officially upon us. While I suspect getting back to some semblance of "normal" within the next 12 months is on most people's wishlists, I am wondering what you folks are hoping to see from the new year, car-wise. It could be anything to do with cars!

Maybe you're hoping for a new model to finally show its face. Maybe, for the sake of the environment, you're hoping for better electric car tech. Or perhaps you're optimistically crossing your fingers for a surprise manual transmission renaissance in which every new car on sale is legally obligated to have one, and all new drivers must take their driving tests with three pedals. Or maybe you just want get that project car out of the project phase and finally be able to introduce it to people as just "your car."

If I could personally will one automotive-related thing into existence, it'd probably be the Toyota GR Yaris's presence in North America. Built to homologate a WRC car—for a team led by one Tommi Mäkinen, no less—that never ended up happening, Toyota's three-cylinder hot hatch has now been driven and reviewed by numerous outlets across the pond and the consensus is clear: it's one of the greatest Toyotas in recent memory. Sadly, it isn't available here.

And it's not like the company has a history of restricting its fun cars from U.S. shores either since it sells both the 86 and GR Supra, cars one could easily argue are even harder sells to the American buying public what with their limited practicality, rear-wheel drive, and the latter's higher price. Toyota: Why hast thou forsaken us?

We Asked Automakers to Say Something Nice About Their Rivals. Here’s What Happened

Whether you’re hunting for a homologation special, sport wagon, or a teeny-tiny truck, you’ll have new import choices in 2021.