There had to be a catch. 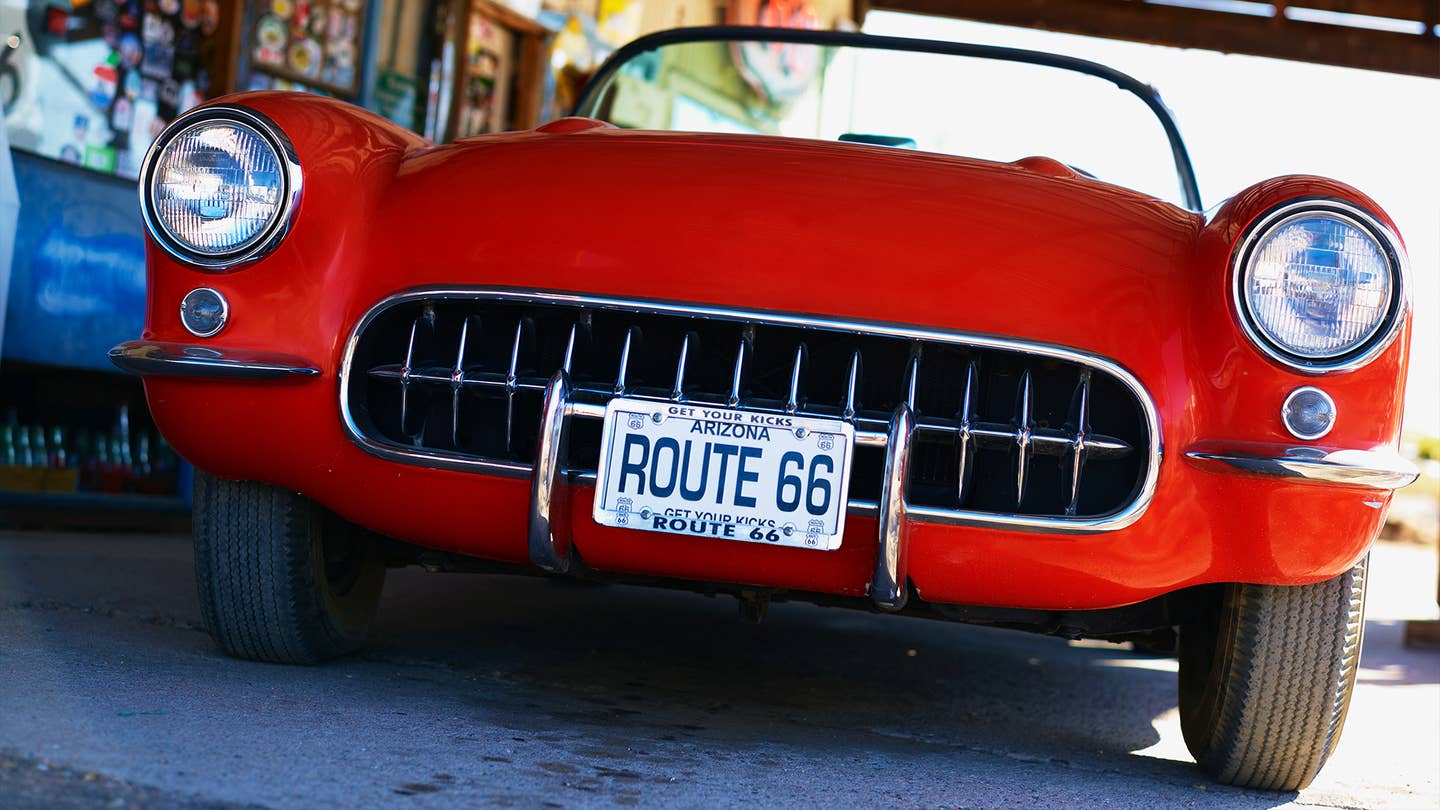 Ah, the front license plate—one of the most hated items in the history of cars. Okay, maybe that's overkill, but the fact that they simply exist is enough to start a heated debate. There's a fair amount of supporters and nay-sayers alike in the 31 states that require both a front and rear plate, though the fight we're highlighting here focuses on states where they aren't mandatory.

Such a debate was recently shared on Reddit after a post about FrontPlate.org made it to the top of /r/Cars, sparking some passionate discourse on the ethics and necessity of the front license plate. As it turns out, though, that particular site is owned by a company that has a rather large stake in selling license plates to states, as well as software and readers to law enforcement agencies.

The site advocates for the use of front license plates for both driver and public safety, specifically noting the use of vehicles in felonious activities—kidnapping, drug smuggling, and major thefts, to name a few. It also notes several scenarios where front license plates could be used to help identify cars and trucks, like drive-off thefts and suspicious vehicles around schools. After a while, the site also goes into the revenue collecting aspect of tolls and vehicle compliance.

After a bit of digging, it became clear that FrontPlate.org is owned by 3M, a top supplier of license plates that holds contracts with various states' departments of motor vehicles and boasts about using prison labor to produce said plates.

In addition to supplying license plates, 3M also sells tools to law enforcement and other agencies across the nation. These mobile Automated License Plate Reader solutions include both hardware and software called 3M License Plate Capture Software (formerly known as PAGIS). Many law enforcement agencies in the U.S. purchase these cameras and utilize them in their day-to-day work, which includes traffic enforcement and public safety concerns. 3M also previously operated a tolling and automated license recognition division, though it sold that off in 2017.

It goes without saying that advocating for front license places may pose a certain conflict of interest given the business 3M is in. Others simply call it lobbying.

3M has a prominent history of lobbying for front plates. If you search the web, you can find presentations from 3M's marketing managers, testimonies provided by 3M's Traffic Safety and Securities Division, participation of 3M's employees in state-appointed study groups on license plates, and more. The Oklahoman ran a story in 2016 which says 3M had six lobbyists from one firm working for it when the state passed a revenue-generating measure to collect additional income from 3M-produced license plates.

States like Maryland and Vermont have attempted to drop front plates, citing cost concerns, as has Iowa, which wasn't completely successful but did recently remove the absence of a front plate from its list of primary offenses. The Santa Fe New Mexican reported that 3M had lobbied against certain states that were considering scrapping the two-plate requirement, just as New Mexico was considering implementing it. The bill's sponsor even echoed 3M's statistics of vehicle use in crime.

Organizations like the Electronic Frontier Foundation say that the big brother approach to more identifiable information can pose a larger risk to individual privacies given that license plates are required on all road-bound vehicles. For example, the city of Fremont, California scanned more than 14.5 million license plates in the span of 11 months. The EFF believes that with enough data and the absence of record governance, it would become possible to build elaborate maps of public travel or potentially predict movement based on historic information.

The bigger picture is determining the proper middle ground where individuals have their privacy, people are safer from crime, and plates aren't used as a revenue generator. That seems like a big ask, but I'm also going to throw another wrench into it: if we're going to have front plates, can automakers at least help perfect a plate-centric design so they don't like so out of place on every car?