Asuna Is GM’s Canadian Brand No One Cares to Remember

GM create the Asüna brand in Canada instead of selling Geos. Why? It’s complicated. 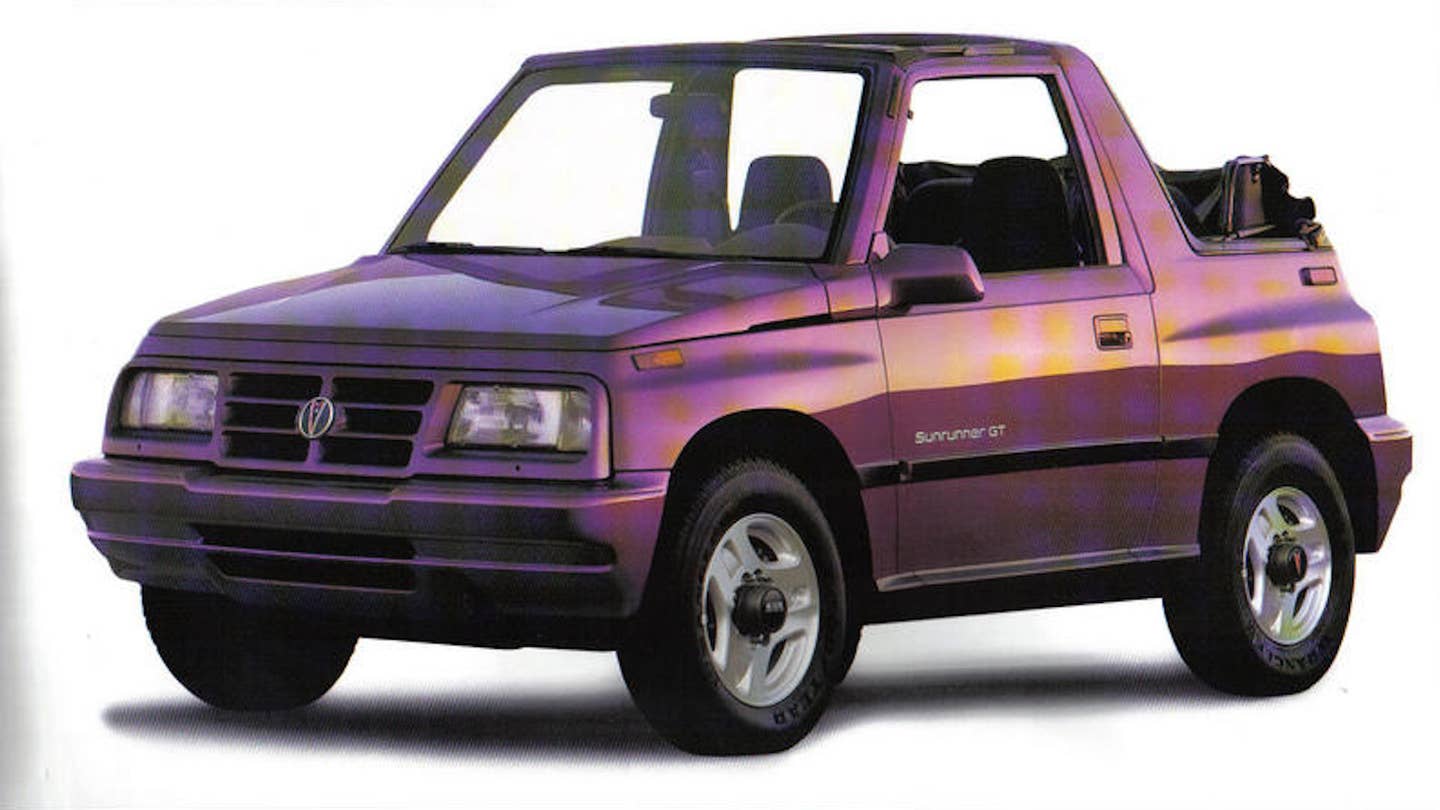 If you've never heard of GM's Canadian brand Asüna, don't feel bad, neither has anyone else. Asüna's existence is due solely to GM being an absolute mess in Canada in the '80s and '90s. Before we get into the Asüna, however, there was another Canadian GM sub-brand called Passport, which debuted in 1988, that started it all. Passport was really just a means of distributing GM-branded imports. Passport only had one vehicle of its own, the Optima (which was actually a rebranded Daewoo LeMans), but its dealer network sold other GM-owned imported brands, such as Isuzu and Saab.

In 1991, GM killed off the Passport brand and the Optima was eventually rebranded and sold as the Pontiac LeMans. The same year, with the introduction of Saturn to the Canadian market, those Passport/Isuzu/Saab dealerships soon became Saturn/Isuzu/Saab dealerships, which served as the import arm of Canadian GM dealerships. While that was going on, back in America GM was selling rebadged Suzukis, Toyotas, and Isuzus as Geos and Canadian Pontiac/GMC/Buick dealerships wanted in on the action but, for reasons unknown to rational humans, GM didn't want to sell Geos in Canada. So GM created an entirely different brand: Asüna.

Like Passport, Asüna vehicles were just rebadged GM vehicles, which themselves were just rebadged imported vehicles. But because Asüna had an umlaut in its name, it instantly became more desirable than those other brands. If Häagen-Dazs has proven anything, it's that you can put an umlaut on even literal nonsense and North Americans will think it's fancy.

Mercifully, GM killed off Asüna in 1994 and the only surviving vehicle was the Sunrunner, which was rebranded as a Pontiac and sold at Pontiac/GMC/Buick dealerships in Canada. After that, Asüna was forgotten and remains one of the most obscure, confusing brands in GM's history.