Siemens’s battery-powered prop plane leaves all other flying EVs in the dust. 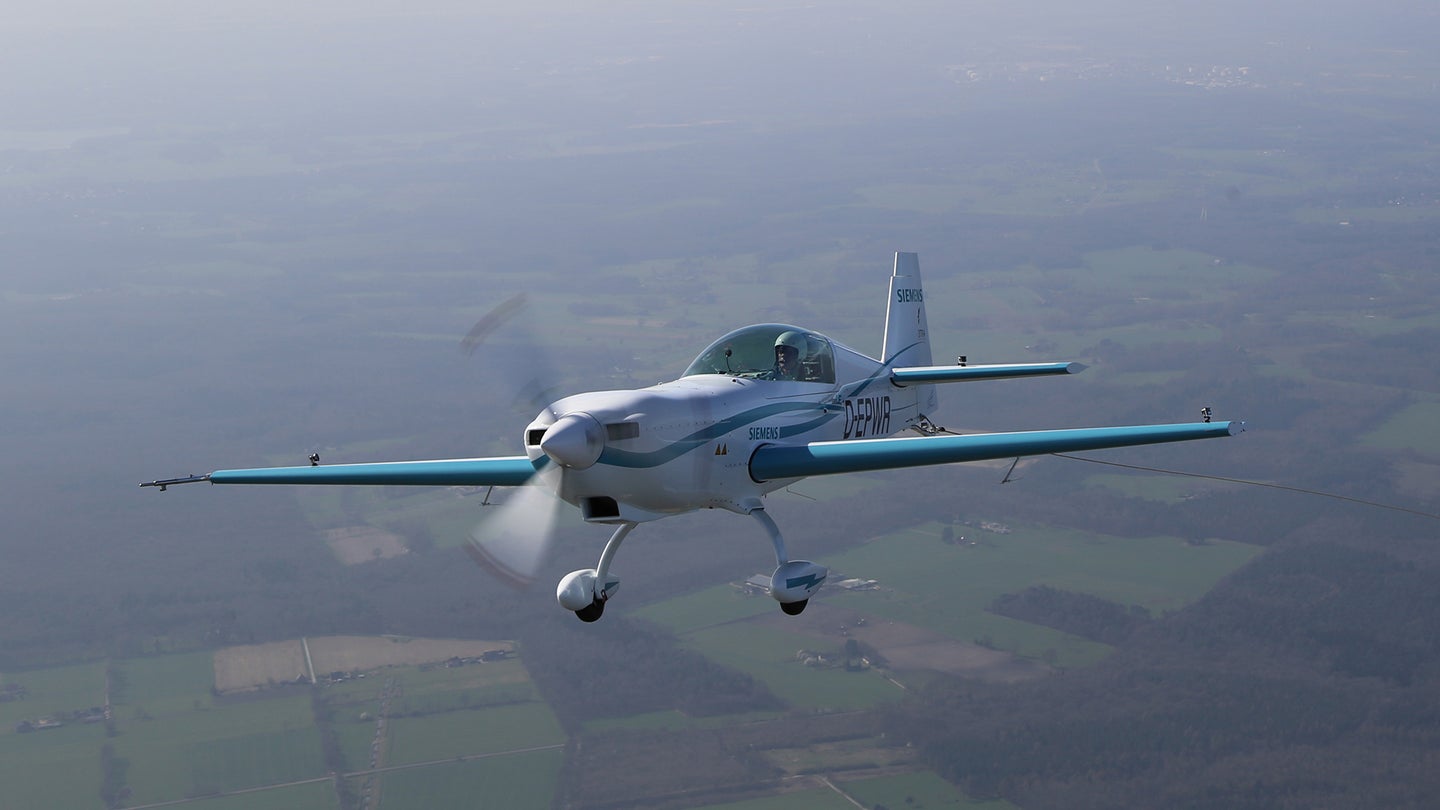 Electric motors are already well on their way to conquering the skies, thanks to the exponential growth of drones in recent years. Last month, though, electric powertrains took another step closer to becoming a player in the world of manned aviation, when Siemens pushed its battery-powered prop plane to a new world speed record for electric aircraft.

Actually, make that two world speed records. Thanks to a quirk in the World AirSports Federation rulebook that awards different records for planes on either side of one metric ton (2,200 pounds), Siemens was able to tweak the single-seat 330LE's takeoff weight just enough to grab the speed record for both electric planes weighing less than and more than 1,000 kilograms. On March 23rd, with pilot Walter Extra at the stick, the Siemens 330LE hit 209.25 miles per hour in its lighter form, and 212.6 mph in its weightier setup.

One day later, the 330LE wrote its name in the history books once again, by becoming the first electric plane to tow a glider into the sky. The flying EV hauled the lightweight glider to an altitude of 1,980 feet in just 76 seconds.

During a flight last year, Extra and the 330LE set the EV record for time to climb, zooming from the ground to 9,900 feet in four minutes, 22 seconds.

The 330LE's powertrain consists of a single 110-pound electric motor capable of cranking out 260 kilowatts—about 349 horsepower. That's roughly five times what other electric plane motors deliver, according to Siemens.

While the German company has no plans to produce the 330LE, it says it's working with Airbus to use the plane's powertrain as the foundation for a future hybrid-electric commercial aircraft. In a press release, head of Siemens's eAircraft division Frank Anton said that six of the 330LR's powertrain units could power a typical 19-seat plane, but added that's just the start.