Assuming you have the ridiculous amounts of money to afford a bespoke Aston Martin, of course. 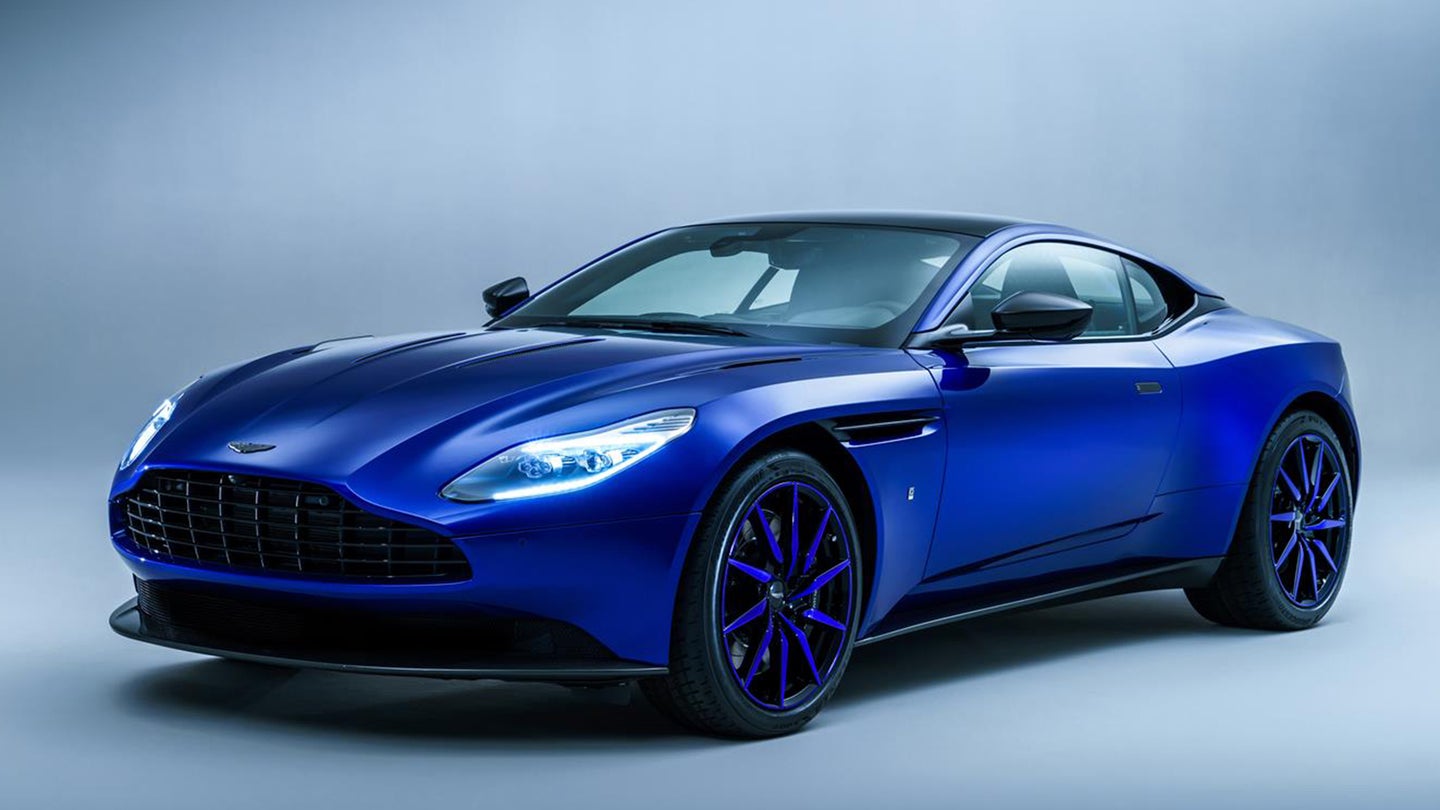 When Aston Martin shows up at the Geneva Motor Show next month, the AM-RB 001 hypercar making its European auto show debut there is likely to be the focus of most peoples' gazes, the supernaturally blue DB11 accompanying it on the stand is, in its own way, equally as deserving of attention. See, that car—seen above and in the gallery below—is there to represent the expanded capabilities of the carmaker's custom division, Q by Aston Martin—capabilities that now extend all the way to building the super-rich their very own bespoke supercars.

The new program—the latest in a series of bespoke supercar programs from major manufacturers—is called "Q by Aston Martin–Commission," and it's designed as a way to help people build their dream Astons from the ground up. Potential owners sit down with the carmaker to discuss what they want, be it an altered version of an existing model (like the Vantage GT12 Roadster) or an entirely bespoke car (like the CC-100 Speedster Concept).

"The customer is working much more closely with us here at Gaydon," Dr.

The blue DB11, in turn, is a representation of the lesser level of Q's capabilities, known as "Collection." These are more in line with the open-ended trim and material options traditionally offered by both Q and similar divisions at other high-end manufacturers, such as Ferrari's Tailor-Made and Bentley's Mulliner. The Q Collection DB11 has been coated in a color known as Zaffre Blue, and comes bedecked in exterior trim bits made from three different types of carbon fiber—gloss,  satin twill, and forged. The interior is outfitted in custom semi-aniline leather with the "Q by Aston Martin" logo in the headrests, though we're sure they would be just as happy to embroider anything from your family crest to the Batman logo there instead.