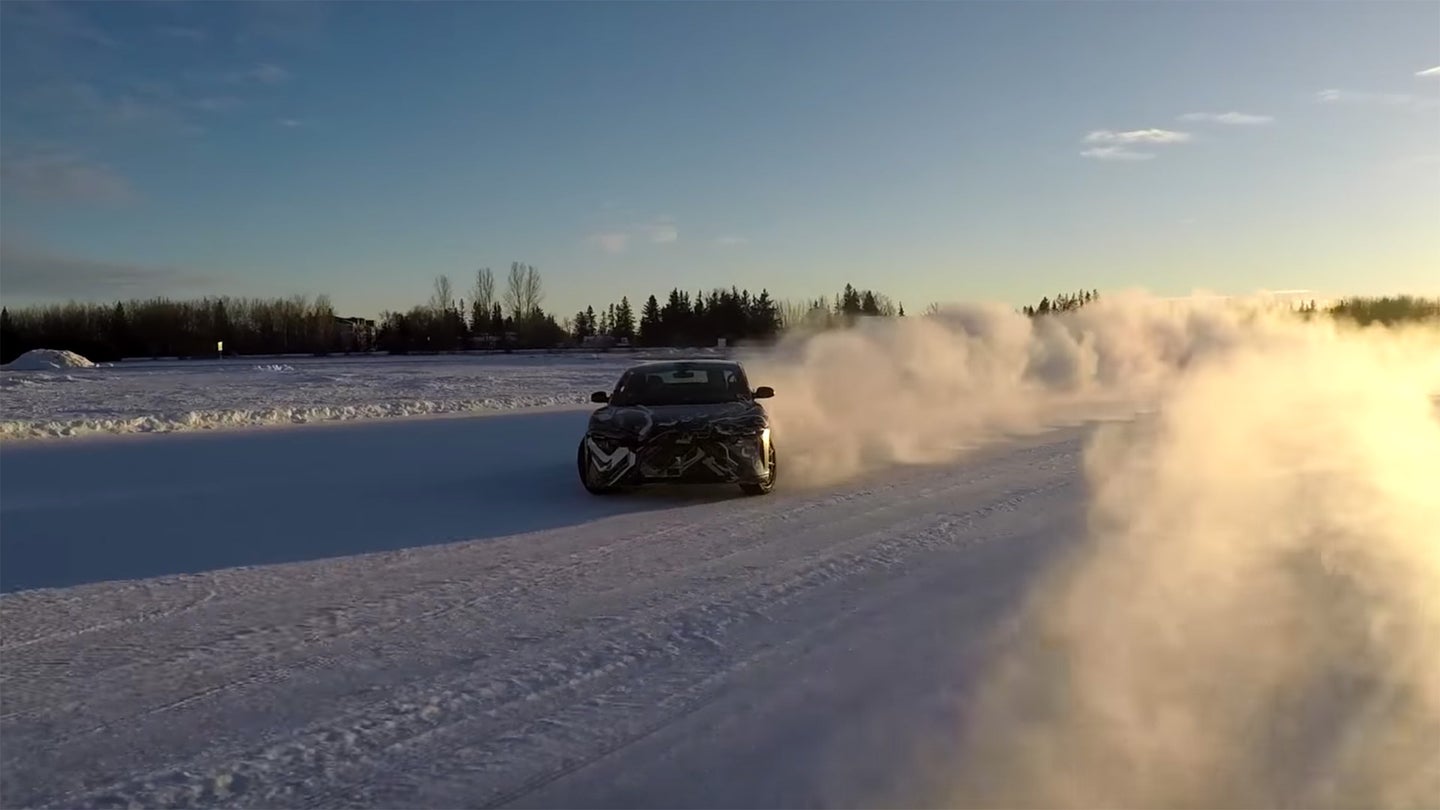 Lucid Motors just threw us all a bone and released a video of their 1,000-hp EV concept drifting through the frigid Minnesota snow. Although the Lucid Air is still in the pre-production phase, this video indicates that there are already fine-tuning things like stability control, suspension, traction control and more.

Rather than keeping the concept confined to just the testing facilities, Lucid immersed the Air in real-world conditions to see how it would perform (and totally not to drift it). Although the video doesn’t really highlight or go into detail about its snow capabilities, we can clearly see a lot of power getting thrown around to get the car sideways in -18F.

More importantly, the video hints that the production version of the car may be closer to the concept than we anticipated. The company is most likely testing how the two electric motors react to the extreme cold and harsh conditions as well as how to best distribute power to the AWD system.

Lucid has already begun taking deposits for the Lucid Air. The Air is expected to hit 60mph in just 2.5 seconds and will have a range of 400 miles. However, to hit these insane numbers you will need to shell out a little over $100,000.