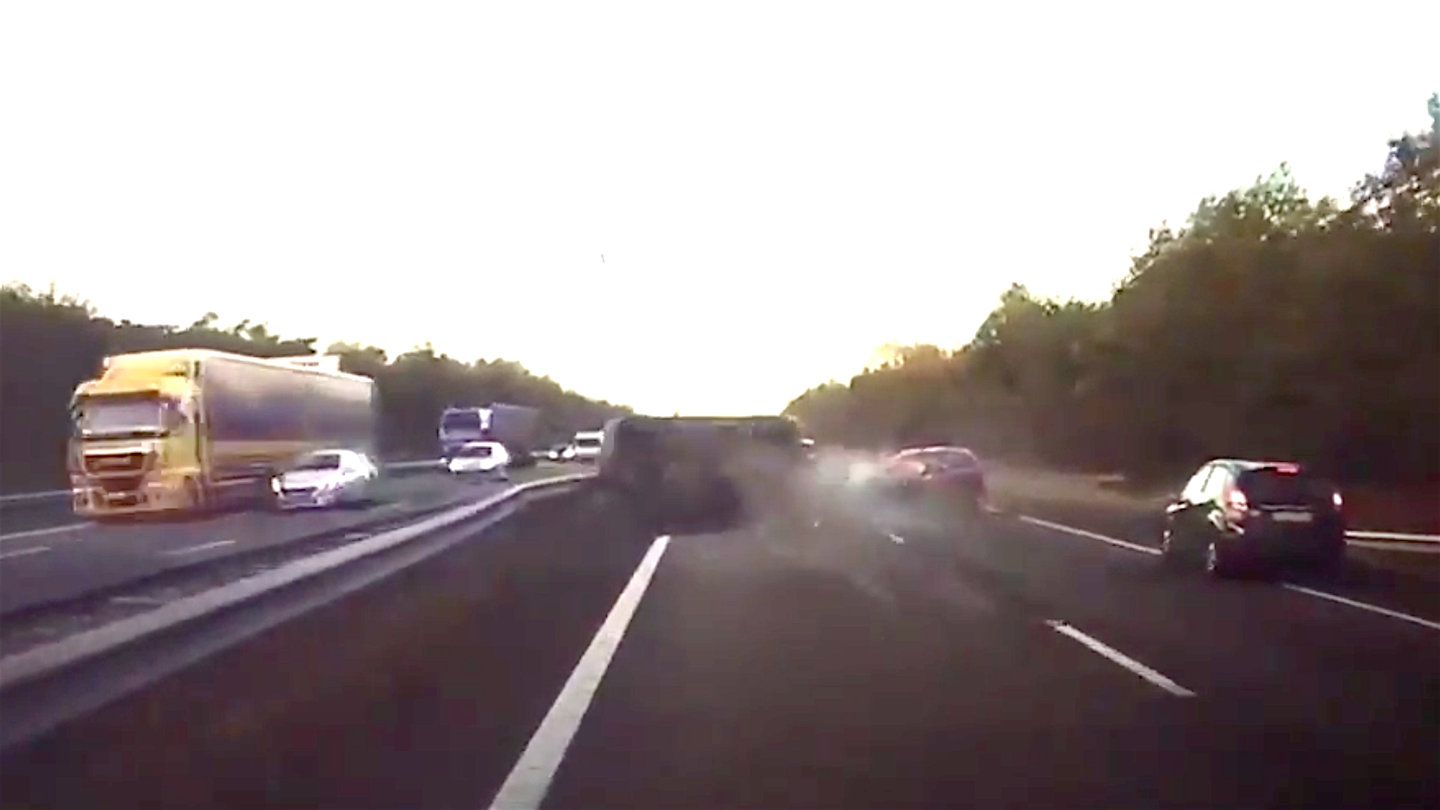 A dashcam video uploaded to Twitter Tuesday shows a Tesla Model S acknowledging a potential hazard on the road in front of it, and then the car completely avoiding the nasty two-car rollover wreck that the electric vehicle first warned its driver of.

The clip, uploaded to Twitter by Hans Noordsij, shows a Model S being driven on the A2 near Eindhoven when the car's Forward Collision Warning system sounded an alarm alerting the driver of a potential hazard ahead. Right after the noise went off, a handful of cars crashed into each other in a spectacular wreck. Because the Tesla picked up on the crash before it happened, the car was able to slow itself without issue.

As Electrek noted, this was likely a perfect example of Tesla's recently updated software that allows the car to basically see through the car directly in its path and monitor traffic multiple car-lengths in its path. This tech helps avoid accidents that would likely be almost unavoidable if a human driver was left to his or her own senses.

According to Noordsij, everyone in the cars that actually got smashed up in the accident “turned out to be OK."