Speculation runs rampant that The Blue Oval might do away with the entry-level power plant. 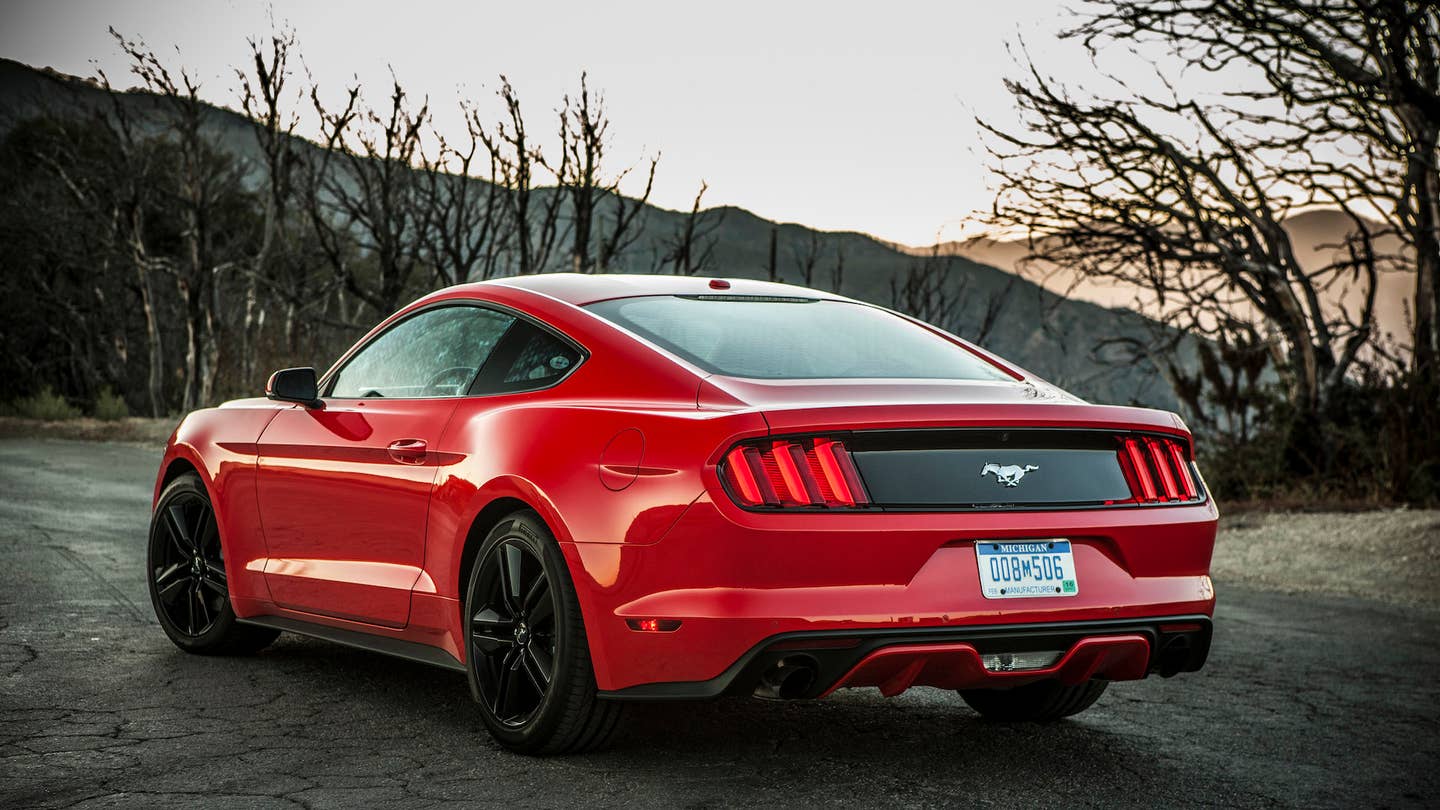 In truth, there is only one powerplant a Ford Mustang should be purchased with and that's the V8. If an Internet forum is to be believed, it sounds like Ford somewhat agrees – the automaker is doing away with its entry-level V6, leaving the Ecoboost four-cylinder and the torquey V8.

Mustang6g forum user XKRJAG claims some snooping through the vehicle ordering system uncovered that the option numbers for the 300-horsepower V6-engined Mustangs for the 2018 model year no longer work, which could mean the entry-level power plant has been discontinued. If this is true, it would mean for that for the non-Shelby Mustangs, customers would only be able to choose from the 310-horsepower turbocharged four-cylinder motor and the 435-horsepower V8. Both are quality options and, at least for us at The Drive, tears for the nixed sixer would not be shed.

Additionally, XKRJAG noticed there are new performance packs for the GT trim level, which could hint that a track-friendly, Chevy Camaro SS 1LE fighter is in the works. Other details from the post show an optional 10-speed automatic will be available for the 2018 model year as well. Currently, the Mustang is available with an optional six-speed auto.

When asked by Jalopnik if this post reflected actual changes for the Mustang's Future, a Ford spokesperson said the company does not talk about future products. But, if priced appropriately, a new 1LE fighting-Mustang could be incredibly well-received by the Pony car community. Maybe something along the lines of a new Boss 302 Laguna Seca edition?

So, Ford, why not just kill the V6? The four-cylinder "Boostang" is a perfectly viable option for those who don't want to fork over the extra scratch for the V8, and we doubt the manufacturer would see any kind of backlash from its loving enthusiast community following the loss.