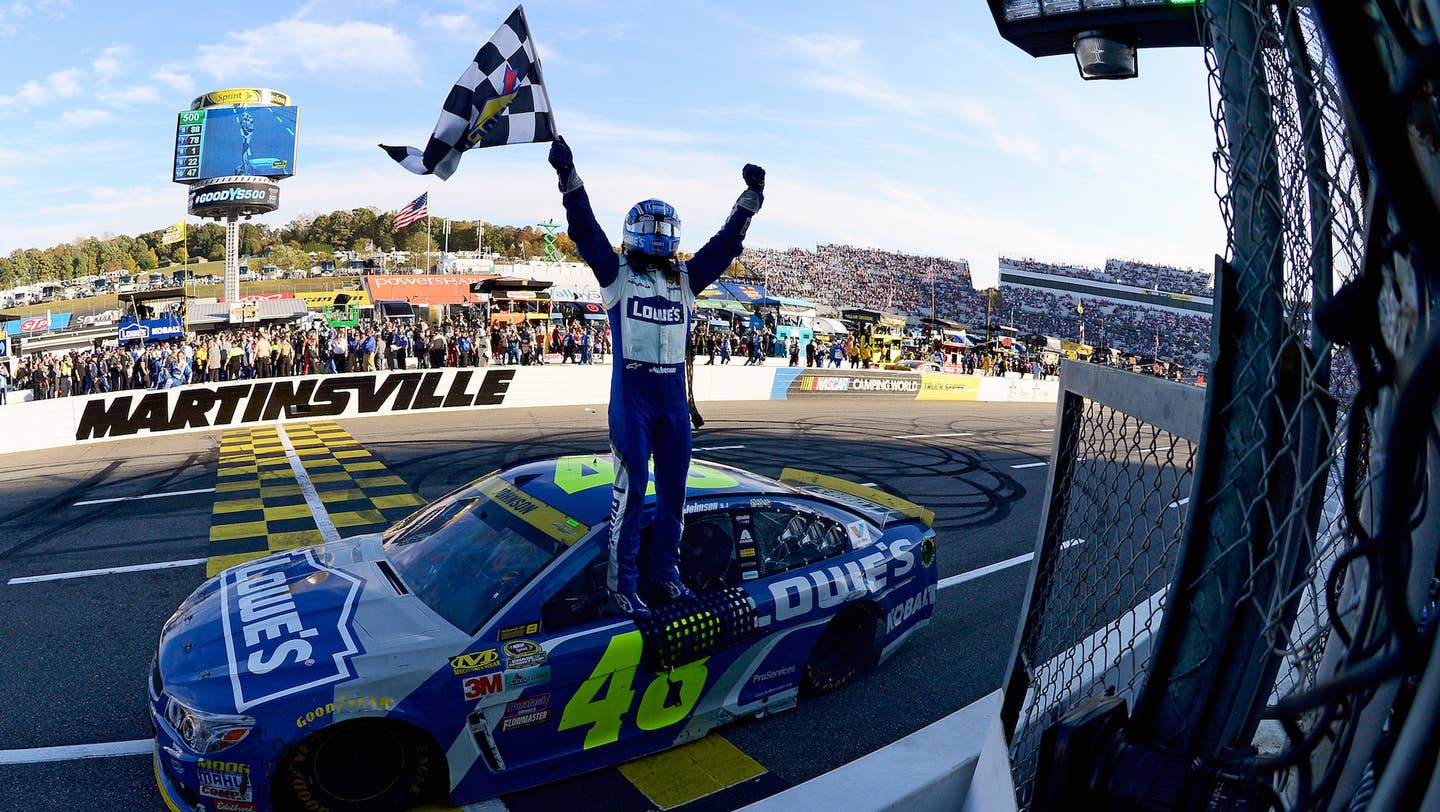 Jimmie Johnson will contend for his seventh championship on November 20th at Homestead Miami Speedway after taking victory at Martinsville. The win, his ninth at NASCAR’s shortest track, guarantees his spot in the championship showdown. Should Johnson win his seventh title, it will draw him level for most all time with two of NASCAR's all-time greats, Richard Petty and Dale Earnhardt.

Johnson didn’t have the flawless race many expect of the Hendrick driver. He made contact with both Denny Hamlin and Aric Almirola during the race and spent an extended time on pit road to repair the damage. Johnson also had a fuel pump issue later in the 500 lap race that, briefly, left him stranded on track.

Penske’s Brad Keselowski finished second after a late race resurgence, but was knocked out of title contention last weekend in Talladega. Chasers, and Joe Gibbs teammates, Denny Hamlin, Matt Kenseth and Kyle Busch rounded out the top five. Hamlin fought back from an early pit lane speeding penalty, his 10th of the season, on his way to third.

The biggest controversy of the race occurred about three quarters of the way through. Carl Edwards blew a right front tire on lap 361, in the middle of a round of green flag pit stops. The field was left jumbled and it took NASCAR 29 laps to set, what they believed to be, the right running order when the race resumed. The lengthy caution ruined the strategy calls made by many racers and some believed the running order still wasn’t right when they came to the green flag. Hamlin, in particular, expressed his anger after the race about several drivers, including championship rival Kevin Harvick, getting a lap back when he felt they shouldn’t have.

Harvick ended up finishing in 20th, two spots ahead of Stewart Haas teammate and championship contender Kurt Busch. Also in the Chase, Joey Logano scored a ninth place finish and Carl Edwards could do no better than 26th after his tire failure and subsequent suspension damage. Last year’s winner and Dale Earnhardt Jr. fill in, Jeff Gordon, finished sixth in what is likely his final NASCAR race. For real this time.