There’s a reason all those people stood in line back in March, folks. 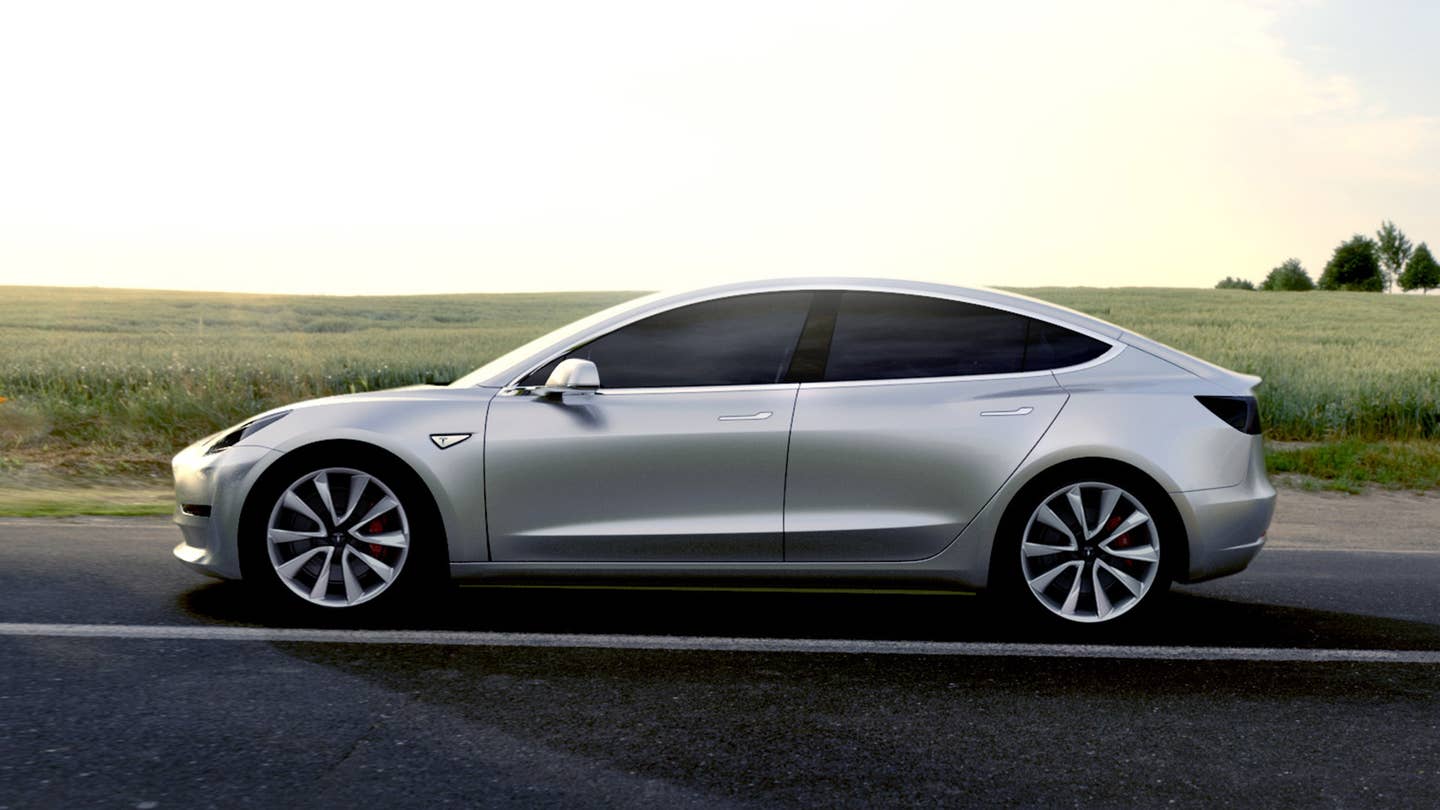 If the only thing keeping you from ordering a Tesla Model 3 has been the fact that you’d have to wait until 2017 to park it in your driveway...well, we have some bad news. Tesla now says new orders for the Model 3 won’t arrive until mid-2018—at the earliest.

The carmaker posted the change as an addendum to its Model 3 page last Sunday, quietly sliding a line in between the $35,000 starting price and the button that invites the reader to reserve one of the midsized electric cars for a refundable deposit of $1,000. Previously, the website declared that orders would begin arriving in late 2017.

While certainly disconcerting to anyone who’s been waffling over whether to bring one of Elon Musk’s future mass-market electric cars into their lives, the news isn’t exactly a surprise. By its own accounts, Tesla has roughly 400,000 pre-orders for the Model 3; even if the carmaker can successfuly ramp up overall production to 500,000 units per year, as it hopes to do by 2018, simple math suggests it’ll take the better part of a year to run through the existing queue of Model 3 orders. As Tesla’s website says the $35,000 electric car will enter production in mid-2017, the new date aligns neatly with that sort of lag time.

That, of course, is assuming Tesla manages to keep the Model 3’s development and production plans on schedule—and as devoted readers of The Drive should know by now, Tesla doesn’t exactly have the best track record when it comes to delivering new cars on schedule.

Update, 4:55pm: A Tesla spokesperson has issued the following statement to The Drive: "Today’s website update does not reflect any change in our plans. We still plan to begin Model 3 deliveries in 2017, and we adjusted the delivery date on our marketing page to reflect more accurate timing for new/future reservation holders."