And that’s why you don’t wear underwear with the Malaysian flag. 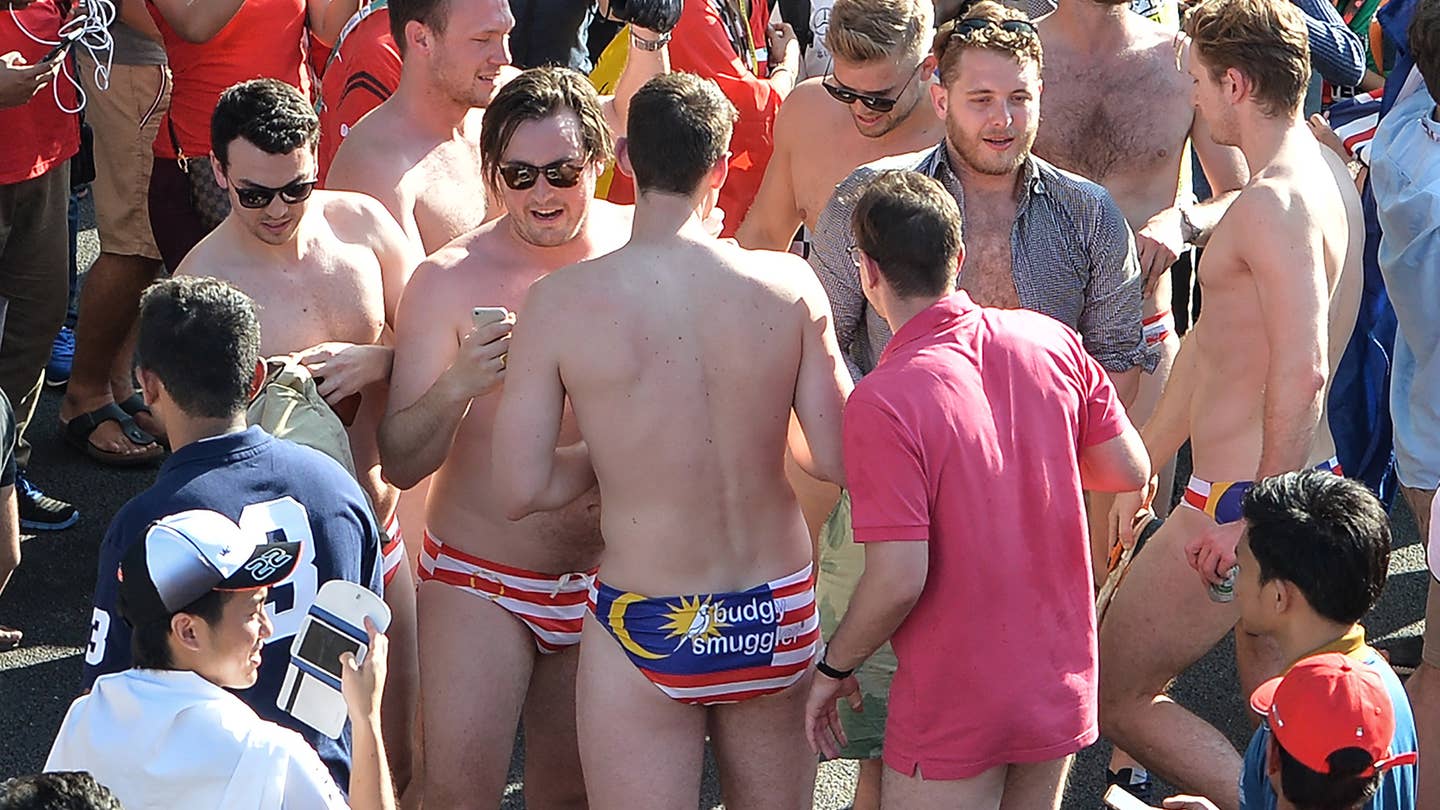 Nine Australians were arrested in Malaysia on Sunday on suspicions of disturbing the peace and public decency, according to news reports, after celebrating countryman Daniel Ricciardo’s Malaysian Grand Prix win the best way Australians know how—by stripping down to their skivvies and drinking beer out of their shoes.

The underthings in question, known as “Budgy Smuggler” brand swimwear—read: Australian banana hammocks—sported a depiction of the Malaysian flag. Disrespecting the flag can lead to hefty fines or jail time in the conservative Muslim nation, according to Malaysian news agency Bernama.

And yet, despite the risks, the nontet of twentysomething Aussies—which included a staffer for the Australian Minister for Defense Industries—reportedly decided to take the chance and honor Daniel Ricciardo’s exciting and surprising win at Sepang by revealing their criminal underoos

The rebellious Aussie race fans will be held until Friday and could appear in court as early as Monday if formally charged.

Ricciardo took the shock victory after Lewis Hamilton’s Mercedes engine failed on lap 41 of the 56 lap race. As has become custom, the Aussie celebrated with a shoey; he even convinced teammate and second place finisher Max Verstappen, third place finisher Nico Rosberg, and Red Bull Racing Team Principal Christian Horner to play along. Mark Webber, who drank from Ricciardo’s Puma after the latter’s podium finish at Spa-Francorchamps, was apparently not keen for another sweaty swig of champagne; he threw Ricciardo’s race boot off the podium and into the crowd.