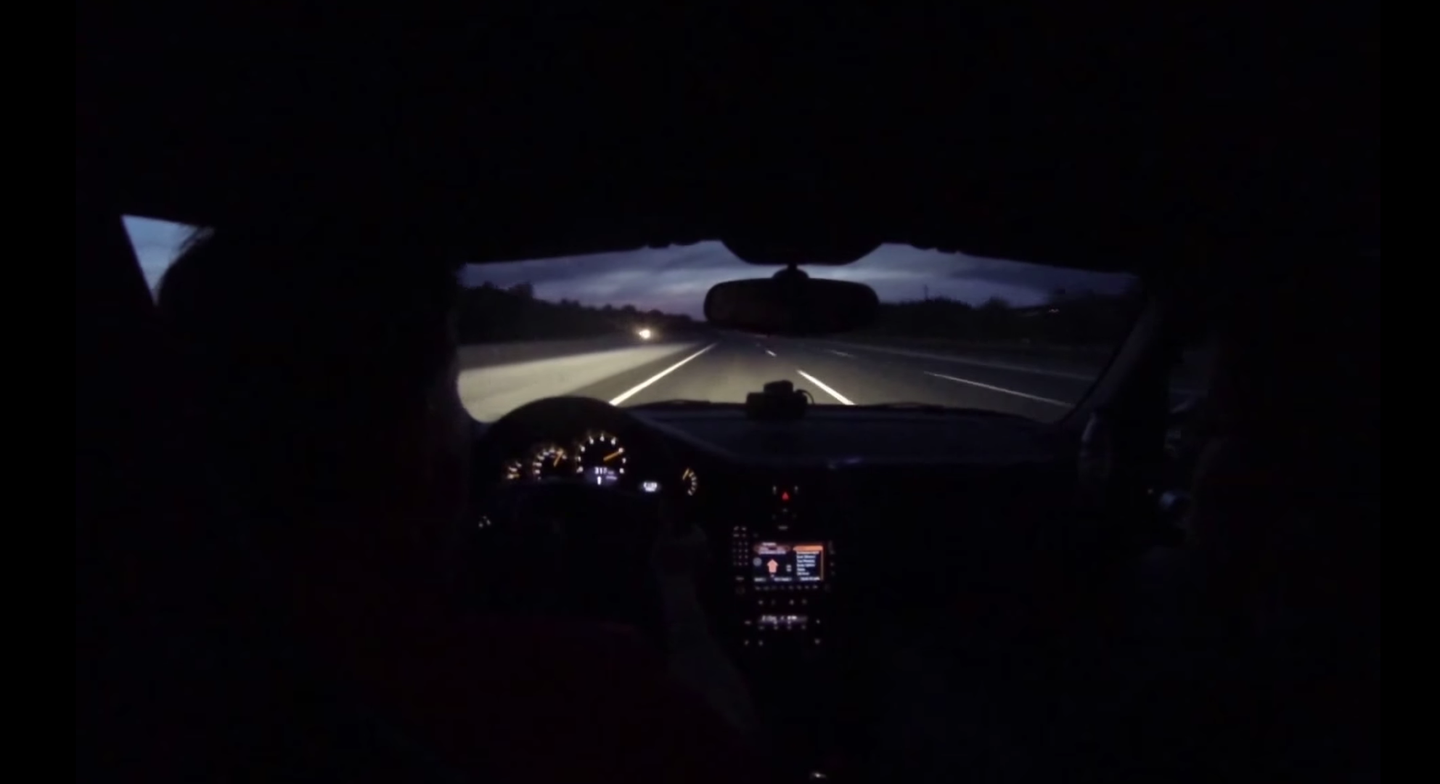 Just because you're on the autobahn doesn't mean that you're in the clear when traveling at otherwise-unreasonable speeds. Just ask this driver, who suffered a blowout in his Porsche 911 GT2 while booking it at more than 200 miles per hour on the German superhighway system.

As the title of the YouTube video uploaded by GTBOARD.com points out, the driver of a 997-generation 911 GT2 was gunning for a high-speed run on the German autobahn in the night, allegedly hitting speeds up to 207 mph—when one of the car's rear tires let go. Amazingly, the driver handled the incident calmly, cautiously slowing the car down to a safe pace without ending up in a fiery wreck.

Unfortunately, blowouts at extreme speeds often don't end quite so favorably. While it obviously depends on factors that range from a driver's experience to the car's condition to the road conditions, the car often turns into an uncontrollable missile bouncing between a highway's safety barriers like a pinball. One of the most memorable blowouts came in 2007; a man was traveling with his family in his BMW M5 wagon at around 110 mph when his car lost a tire​ without warning, causing the wagon to flip twice, Carscoops reported. Since then, many other high-performance cars have also met their demise in a similar fashion.

If the driver in this situation had reacted by jerking the car's controls out of panic, this video could have ended very differently. Sitting back and watching it in our comfortable chairs, we at The Drive are very happy that it didn't. (And we'll be doubly-sure to check our tires before we drive home tonight.)