The Mercedes-AMG GLC43 Coupe Is Yet Another Sporty Benz Crossover

Mercedes is taking a cue from BMW’s book of redundancy. 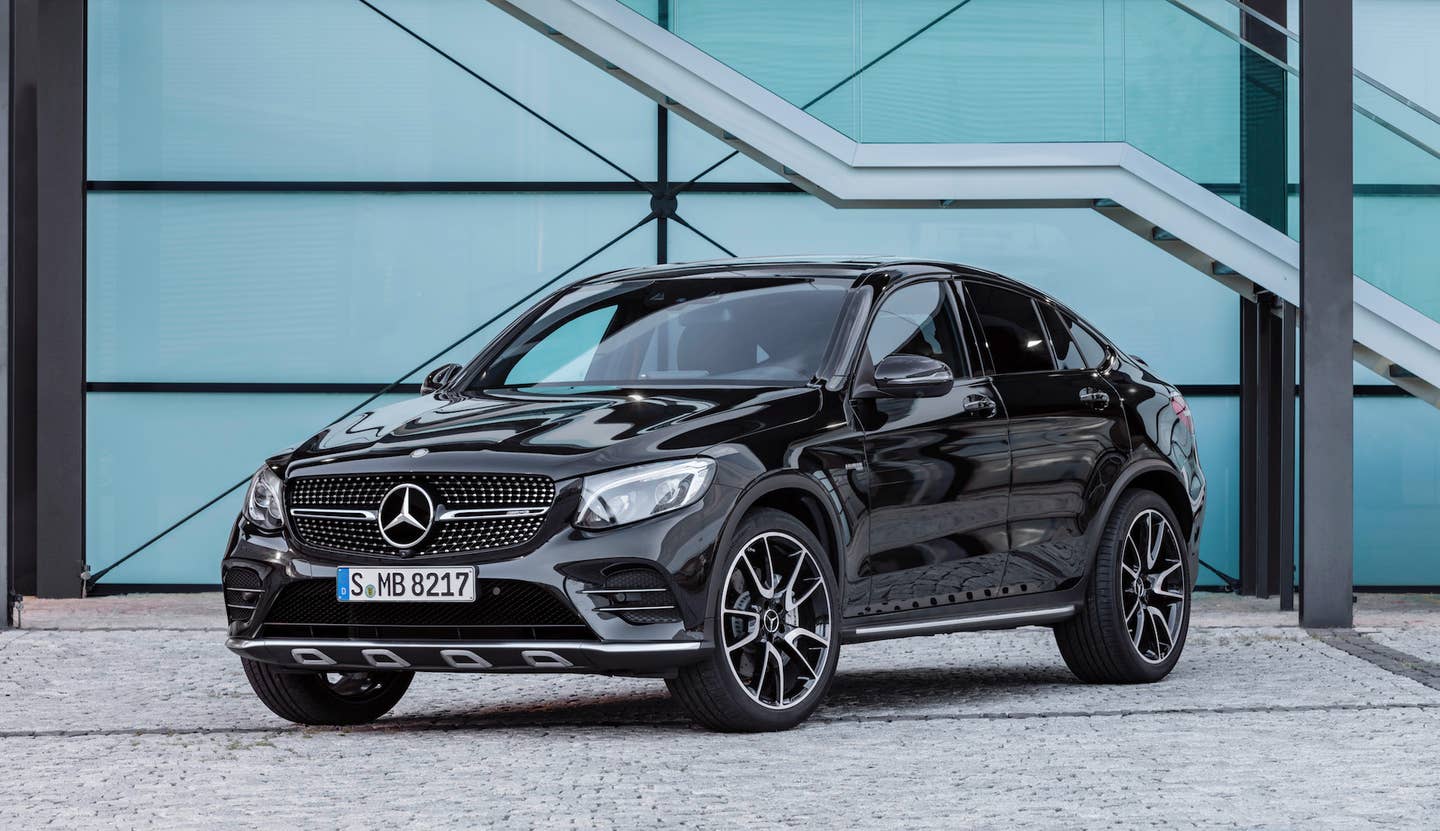 At the current rate of speciation, the new car market will eventually be so flooded with models that it might seem impossible to choose which one to buy. With the new, slightly-redundant GLC43 Coupe, Mercedes-Benz sure isn't helping that situation.

Just like its boxier sibling that goes by much the same name, the AMG GLC43 Coupe has a 362 horsepower 3.0-liter V6 twin-turbo motor mated to a "AMG-enhanced" nine-speed automatic transmission. Also, it can do zero to 60 in 4.8 seconds, and tops out at a governed 130 miles per hour. It's not as quick as the full-AMG'd out GLA45, but yeah, it moves. Unfortunately, that speed means the GLC43 Coupe is 0.1 seconds slower to 60 than its direct competitor, the BMW X4, but we doubt anyone will actually notice so small a difference in the real world.

The GLC43 sends power to all of its wheels thanks to its 4MATIC all-wheel-drive system. The GLC43's setup is configured to send 69 percent of power to the rear wheels, with the remaining 31 percent to the front. The car is carried by AMG's multi-chamber sport air suspension system, which comes equipped with adaptive dampers and can be raised if more ground clearance is needed. You know, for all those muddy ruts and rocks these AMG-spec crossovers wearing 21-inch wheels will be driving over.

Our favorite feature here, though? That would have to be AMG's Race Timer, which records lap times around closed circuits. If having access to a feature like that can't get these cars out to the tracks, nothing will.

The GLC43 will be shown off on September 28th at the Paris Motor Show, and will be available for order in early 2017. Between the GLE43 AMG Coupe, the GLE63 (both regular and sedan), the GLA45, the non-AMG GLC-Class, and so forth, it's safe to say any potential sports/luxury crossover buyers who wander into a Mercedes-Benz showroom will have plenty of options to choose from.