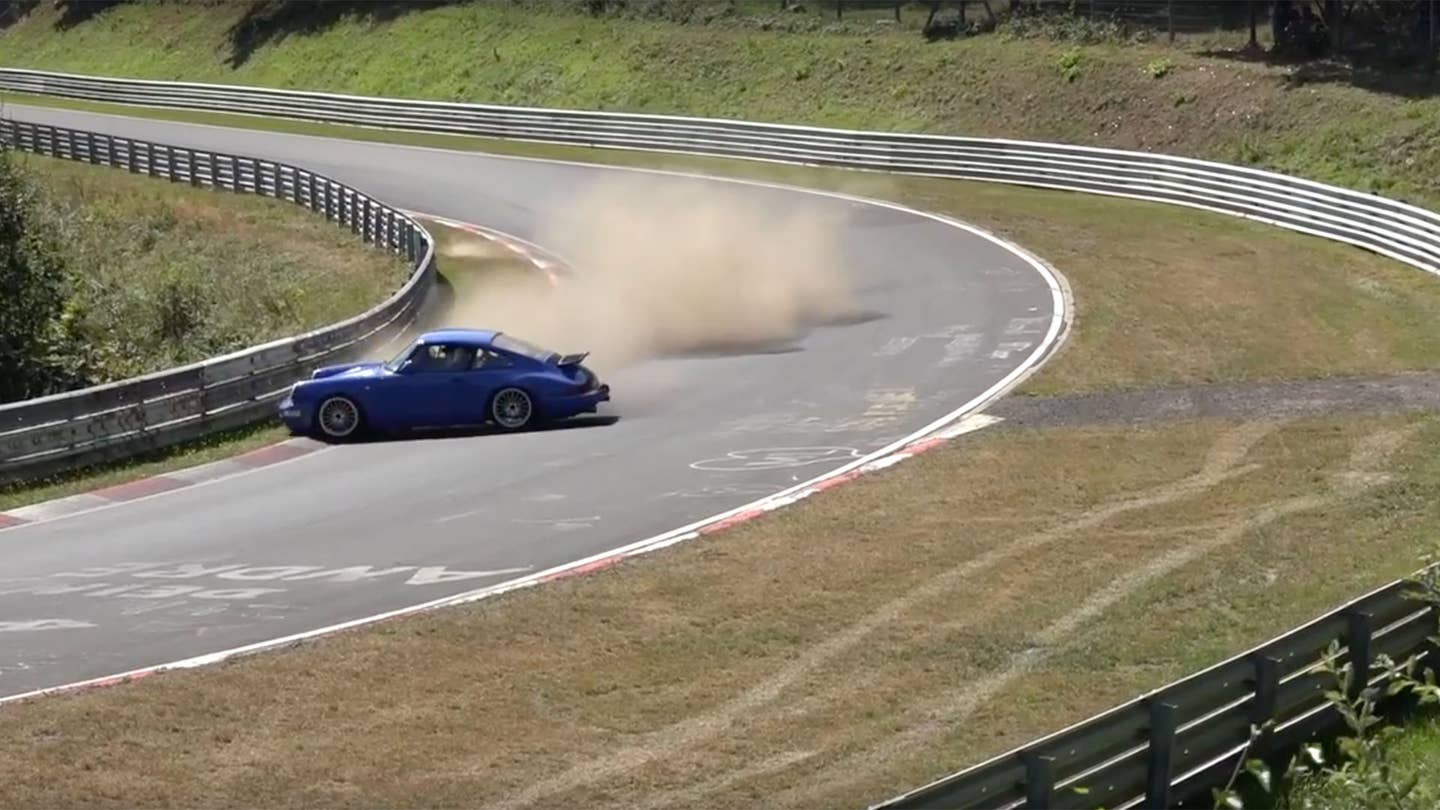 Call it a case study in lift-throttle oversteer. A recent run around the Nurburgring nearly turned into a crash for one Porsche driver, when his or her 911 went into a skid and came shockingly close to smashing its nose against the guard rail.

The video, posted to YouTube by the Nurburgring-centric account known as "EMS Nordschleife TV," shows a blueish-purpleish 964-generation Porsche 911 coming into a turn hot at the famed German race track. Too hot, apparently, for the driver, who attempts to slow down as the car begins to take the turn.

Now, as most Porschephiles know, older generations of the 911 have a bad habit of trying to swap ends if the driver lifts off the throttle during a tight turn. Perhaps this 964's driver never learned about this little quirk; more likely, he or she simply forgot about it in the heat of the fear that comes with flying into a turn at speeds high enough to send reason screaming into the back of your brain. So, as tradition and physics would lead us to believe, the car begins to spin out as it goes into the turn—leading it on a collison course for the Armco.

But through what appears to be a miraculous combination of opposite lock and blind luck, the 911 manages to avoid the guard rail. We could have sworn the front bumper kissed the barrier, but 1080p don't lie—the post-wipeout 964 doesn't appear to have a scratch on it.

Also, kudos to the driver for being responsible enough to back up off the track and wait for the safety marshals to swing by before heading back onto the track.