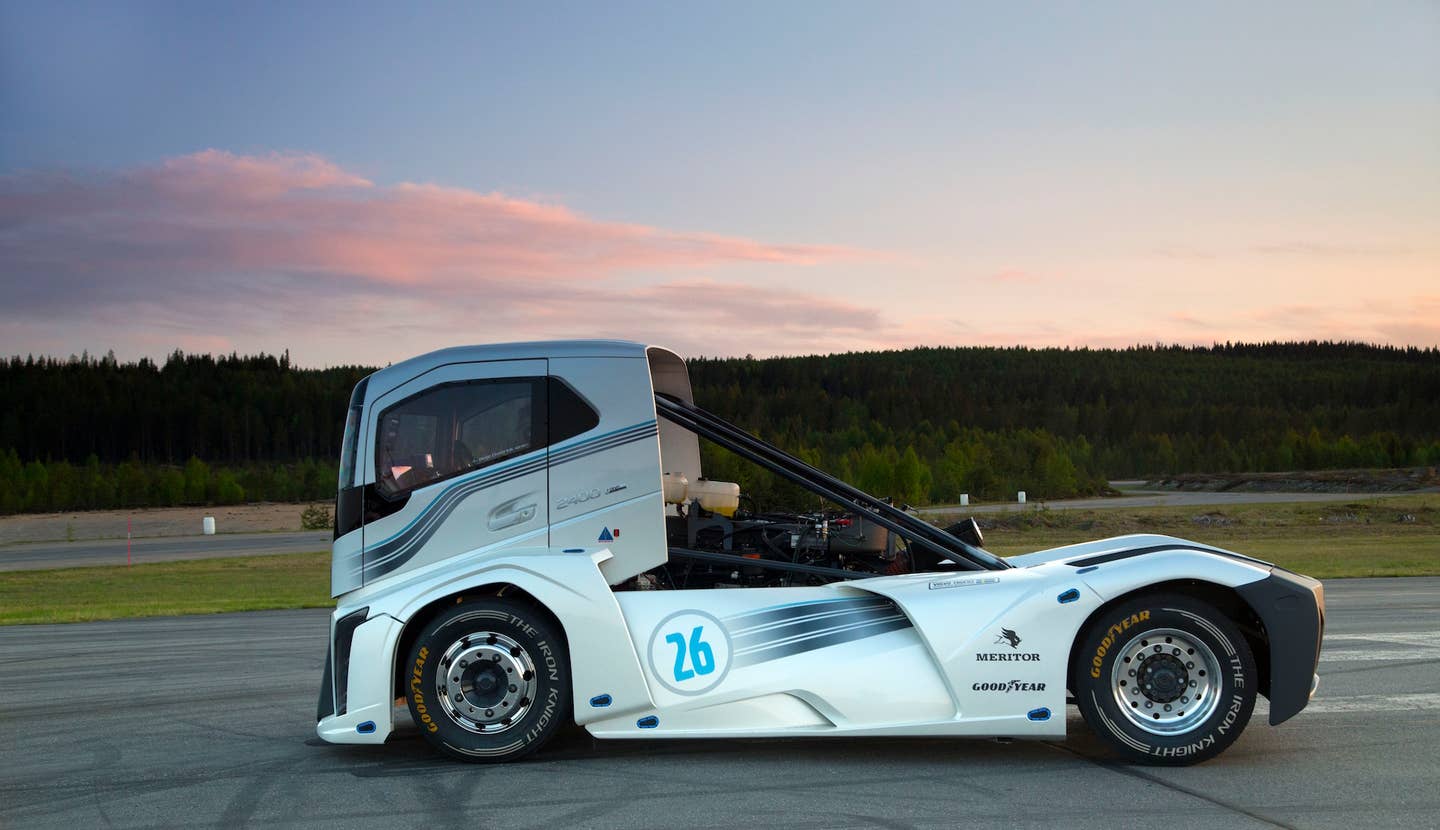 Some trucks are built for hauling loads of cargo across continents. Volvo's "Iron Knight" was designed to destroy records. And that's exactly what this one-off speed machine did.

The Volvo Trucks Iron Knight is an almost completely-custom-built semi-truck, made specifically for smashing the world speed records for trucks in the half-kilometer and one-kilometer sprints. The truck uses a 13.0-liter mid-mounted engine that pumps out 2,400-horsepower and 4,425 pound-feet of torque, routing it to the eight rear wheels through a dual-clutch gearbox.

In a video uploaded to YouTube by Volvo on Wednesday, the Swedish truck company reveals the story of how its giant truck broke the company's previous speed records in the 500-meter and 1,000-meter speed runs while hitting a top speed of 171 miles per hour along the way. With Swedish truck racer Boije Ovebrink behind the wheel, the Iron Knight took two runs each way down a long piece of closed-off tarmac in its efforts to blaze its way into the record books. Ultimately, Ovebrink managed a time of 13.71 seconds in the 500-meter sprint while averaging 81.58 mph; he also ran the 1,000-meter distance in 21.29 seconds, at an average speed of 105 mph.

Those runs mean the Swedish truck driver handily broke the previous world records—which he also set, driving Volvo's "Mean Green" hybrid truck back in 2012. That's not super-shocking, though; the Iron Knight has 600 more horsepower and is around 2,200 pounds lighter than the previous record-setting rig.

Last week, The Drive shared a video from Volvo that gave a glimpse into the preparations the truck company was taking to beat the speed records in the Iron Knight. Though we didn't know it then, we speculated that Iron Knight would have no issue breaking the records. Guess what, world: We were right.