Crew confirms the death of beloved pilot and total loss of aircraft. 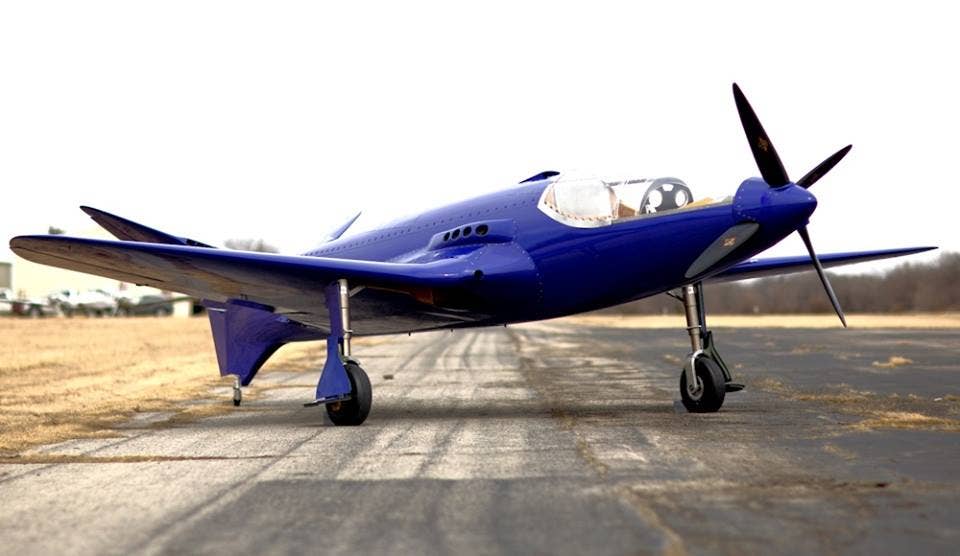 The world’s only known flightworthy Bugatti 100P replica airplane has crashed near Burns Flat, Oklahoma. The craft went down in front of a small crowd gathered at Clinton-Sherman Airfield early Saturday morning. A post on the crew's Facebook page confirmed the incident. The pilot, Scotty Wilson, did not survive.

NBC affiliate KFOR has posted video footage of the takeoff. After a shallow climb, witnesses say the plane cocked left and pitched down, then burned after impact. KFOR also reports that officials from the National Transportation Safety Board are investigating the crash.

The Bugatti 100P is the stuff of aerospace legend, a groundbreaking 1930s design that promised record speeds from a wild combination of supercharged Grand Prix engines, contra-rotating propellers, and forward-swept wings. But WWII, and the German invasion of France, kept the plane from being fully realized. The prototype was stashed in pieces around Bugatti’s estate, then later assembled and placed in a museum, though never flown. Aviation buffs have been chasing its mythical performance ever since.

Wilson, an Air Force veteran, came the closest of any. He was an experienced pilot, having logged over 11,000 hours flight time in everything from F-16s to corporate jets. He started working on his composite wood-frame Bugatti replica in March 2009, reverse-engineering the museum plane for accuracy. In total, Wilson and his team dumped over $400,000 and 10,000 man hours into completing the “perfect” 100P.

Still, this is a replica of an aircraft that’d never actually flown, at least in its original iteration. Shaking down an unproven, eight-decade-old design is dangerous, and the pilot knew it. Wilson had close calls before, including his first test in the Bugatti last August, when one of the brakes failed on landing, skidding off the runway and damaging the nose. This was the 100P’s third test, and intended to be the last; one crew member told KFOR that Wilson planned on retiring the plane to a museum in England after Saturday’s flight.