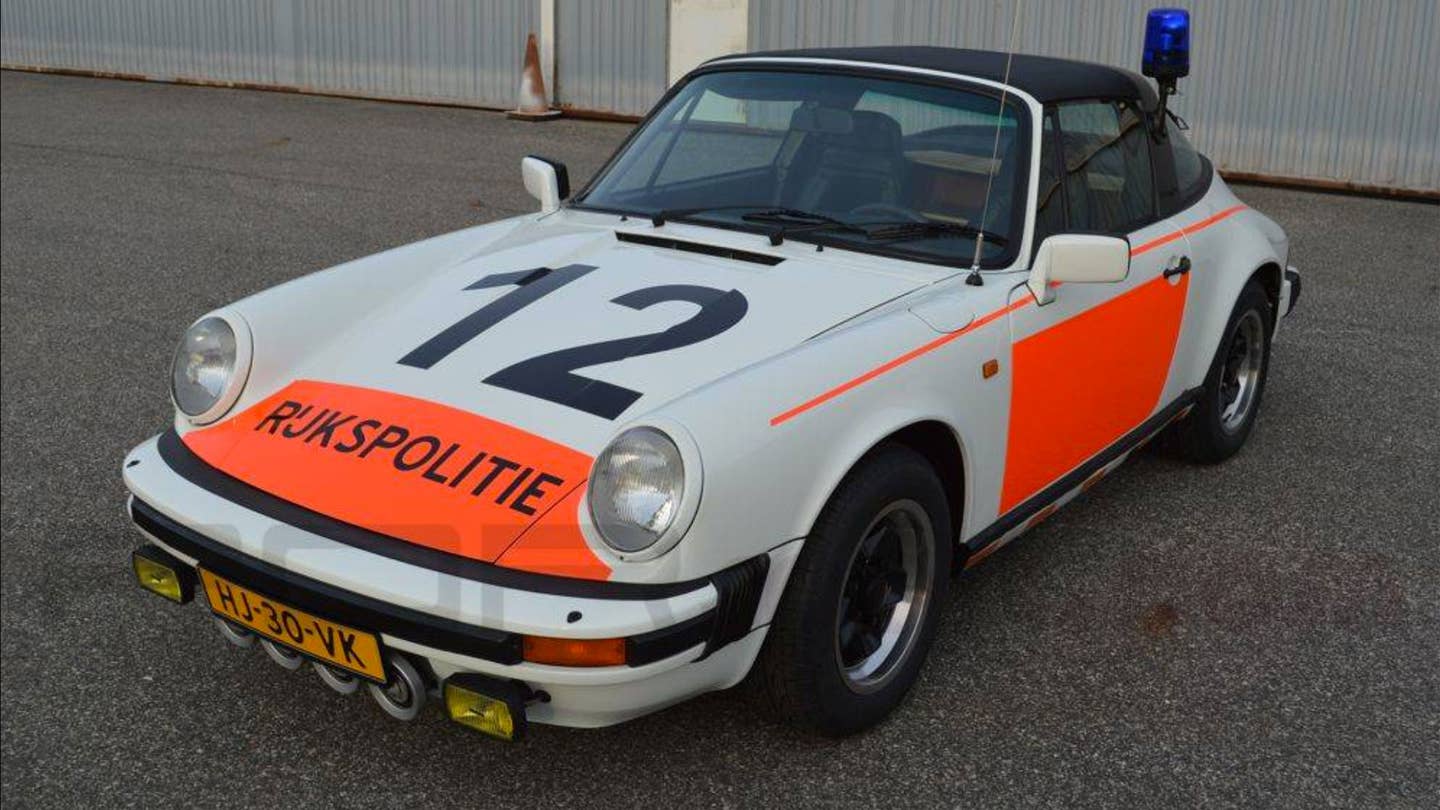 In America, until very recently, “Police Car” conjured a single image: American-made sedan, rear-wheel drive, V8 powered. Simple, reliable and perfect for Cops-style slides. In Europe, though, law enforcement has long drawn from a much more diverse crop, many of which we’d consider luxury cars. In Britain, Volvos and Land Rovers have long worn lights and sirens; in France, big Citrôens survey the boulevards; and in Holland, at least in the Eighties, the highway patrol zipped around in Porsche 911 Targas. This 1983 911 just went up for sale on Hemmings and on the journey from Holland to the American private sector has lost none of its stellar decals or lights. If you’re going to rock a vintage ride, why not roll in a convertible Porsche whose upholstery bears the residual BO of the members of Holland’s version of CHiPs?

One reason might be the price. This admittedly special Porsche—replete with the aura of past Dutch criminals apprehended after smuggling clogs or throwing stroopwafels like throwing stars—is listed for $199,500. That around a $150,000 premium for a single, blue revolving light, or $37,500 each for the auxiliary horns. On the other hand, this is an incredibly rare, well-preserved air-cooled Porsche swathed in orange paint and the phrase RIJKSPOLITIE, which seems ripe for anagrams and means IMPERIAL POLICE, according to Google.

Holland actually has a long history of employing Porsches in its highway patrol fleet, going back to a run of police-spec 356 Cabriolets. Rumor has it that the keys to Holland’s municipal Porsches were given only to police staff who had wives and families at home—a testament to their responsibility. Today, in America, to drive this special 911, you don’t need any pesky family to bear witness to your maturity—just a lot of cash.