Gran Turismo 7: How to Make a Ton of Money Early On

As in real life, cars and parts in Gran Turismo 7 are expensive. Luckily, we’re here to help. 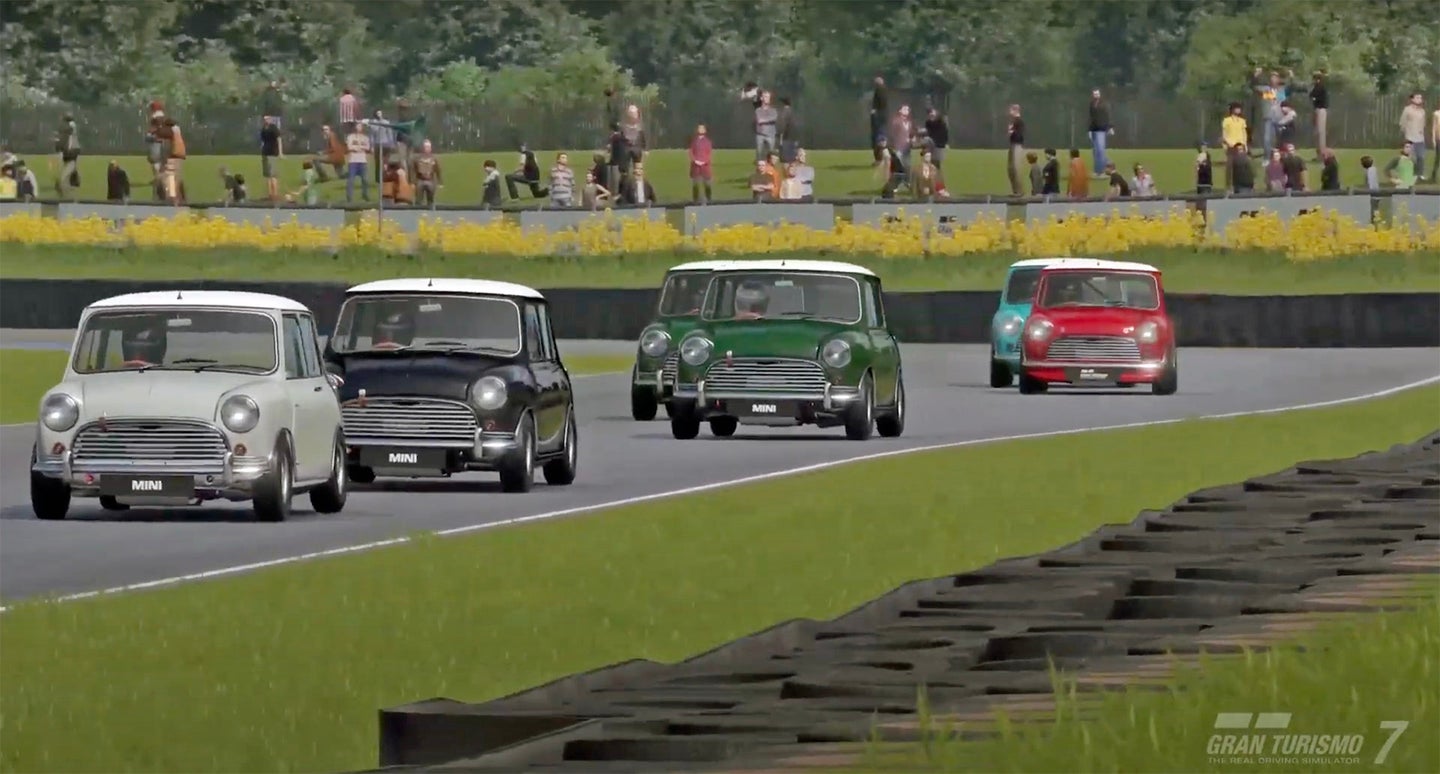 If you're anything like me, you've been spending a significant amount of your free time lately grinding hard at Gran Turismo 7. Whether you're a seasoned veteran of the series like I am or it's your first time out, it's slow going at the beginning of the game because you don't yet have the virtual funds to make all your car collecting and racing dreams come true—even when you need funds to buy new vehicles and upgrades to stay competitive with GT7's better-than-ever AI.

Luckily, a few intrepid gamers have figured out a relatively easy and proven method to rack up credits fairly early on to put you on a solid financial footing for the rest of the game. It involves classic Mini Coopers and it's pretty lucrative, not to mention a great learning experience as you master the game's racing dynamics.

When you first get started in GT7, you find yourself collecting racing licenses and competing in one of the game's three starter cars—we recommend the Mazda Demio, aka the Mazda 2, although pre-ordering the game as I did gets you some extra credits to buy something nicer. (I started with a Nissan 350Z and it ended up being a very solid decision.) After some early races and your first license test, you get access to the Clubman Cup Plus race at the Goodwood Motor Circuit in the World Circuits: Europe section. This is a classic Mini spec race, so you'll need to either buy a 1965 Mini Cooper S from the used car store or win one by completing the third menu book at the GT Cafe, a new feature that gives you tasks and missions to accomplish and rewards you accordingly as you learn and grow.

The Clubman Cup Plus race is your opportunity to rack up a lot of credits with minimal effort. The payout is huge for an early-game race; even placing third gets you 14,000 credits. Winning will net you 35,000 credits, and with the clean race bonus—don't hit anybody and don't go off the course—you can net up to 52,500 credits for winning. Nothing else that early in the game will reward you so heavily, so it's worth trying your hand here.

But just because the cars are small and old doesn't mean that classic Mini racing is a joke; far from it, in fact. This is a tight, highly competitive spec race where competitors are evenly matched, so getting ahead is pretty tough. And as any seasoned Gran Turismo player will tell you, establishing dominance early on is key to winning. The longer any race takes without you in front, the more you'll be at a disadvantage. It behooves you to modify your Mini to maximize its performance and give you an edge over the other cars, so you may want to race a bit until you have the funds to do that. (As in real life, you have to spend money to make money.)

That's where things get a bit complicated. You see, each car in GT7 is assigned a Performance Points (PP) number, designating its overall performance. Some races, like this one, limit the cars' PP to a certain level to keep the playing field even. In other words, you won't be able to turbocharge the hell out of your old Mini and expect to just blow everyone away, as you could in many earlier GT games.

Initially, this is where I struggled. The PP limit of 350 doesn't afford your Mini a ton of chances to be ultra-competitive. My car had some decent modifications, but I was still falling well short of a podium finish more often than not. But then I stumbled onto this Reddit thread that listed what proved to be the ideal Mini setup for this race:

And all of that puts you below the 350 PP limit for this race, so you're good to go. Note that the nitro system only becomes available when you reach a certain level with your car collection; I wasn't there yet, so I didn't get it. But it turns out I didn't need it. Even without the aid of nitrous (which, frankly, I'd rather have on a more arcade-like racing game than this one anyway), my Mini was set up to handily get out in front and win each race without a ton of effort.

Here's another tip: adding that LSD actually drops your PP down a bit, leaving you some "room" to add more performance mods. Keep that in mind for the future.

Pretty soon, I was treating visits to Goodwood like a trip to the bank. You can spend a few hours one afternoon getting first place in this race over and over again (make sure you play nice to get the full bonus) and I had collected enough credits to finance several larger car purchases and subsequent performance modifications. Whenever I needed more money, my Mini and I hit the Clubman Cup Plus race to get my bank account where I wanted it. Not a bad amount of work at all for just two races. Plus, it's a good race; if you need to learn some things or sharpen your skills beyond the license tests, this is a great way to do it.

So if you need some cash in GT7, try my method here and you'll be where you want in no time. Enjoy—then go buy yourself a used Porsche 997 GT3 early on, and just absolutely ether all the hot hatchbacks you're up against.