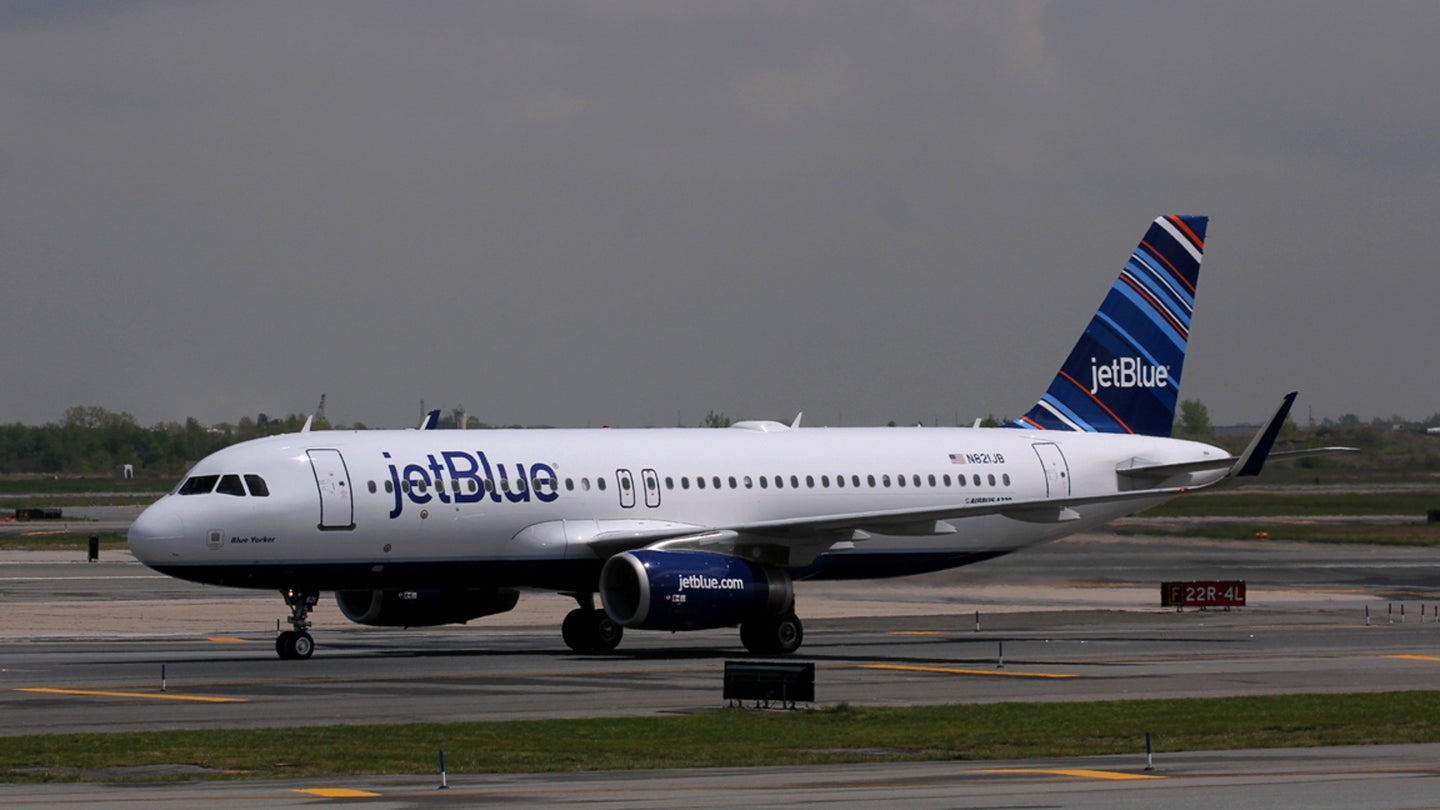 The pilot of a JetBlue flight was removed from the cockpit of an Airbus A320 about to take off from Buffalo-Niagara International Airport on Wednesday morning after blowing a 0.17 BAC during a breathalyzer test, according to Niagara Frontier Transportation Authority (NFTA) officials via WKBW News. A TSA officer noticed that the pilot seemed impaired as he went through security, and NFTA managed to administer the test just before his flight was scheduled to depart. Scary stuff.

The flight, JetBlue 2465, was scheduled to depart at 6:15 AM from Buffalo but ended up delayed over four hours, presumably while a replacement pilot was found. After the pilot was confirmed to be legally drunk via the breathalyzer test by NFTA, he was taken into custody by federal officials and might face charges. Federal Aviation Administration regulations require a BAC of .04 percent or less when flying and that no alcoholic beverages are consumed within 8 hours of takeoff (colloquially known in the pilot world as eight hours from bottle to throttle). Flying while drunk is not a common crime to encounter, but it has happened before on commercial airliners, including on previous JetBlue flights.

The plane in question was an Airbus A320-232, a narrowbody twin-engine jet that seats up to 170 passengers and makes up the majority of JetBlue's aircraft fleet. It's not known how many people were on board.

Penalties for flying under the influence (or attempting to, in this case) include loss of pilot's license and potential jail time. JetBlue, in a statement, said "We adhere to all DOT rules and requirements concerning alcohol at all times and have a very strict zero tolerance internal alcohol policy. We are aware of the incident that occurred this morning in Buffalo and are cooperating fully with law enforcement. We are also conducting our own internal investigation."

Whether the pilot will face charges or lose his license remains to be seen, but either way, never fly or drive drunk. Please.