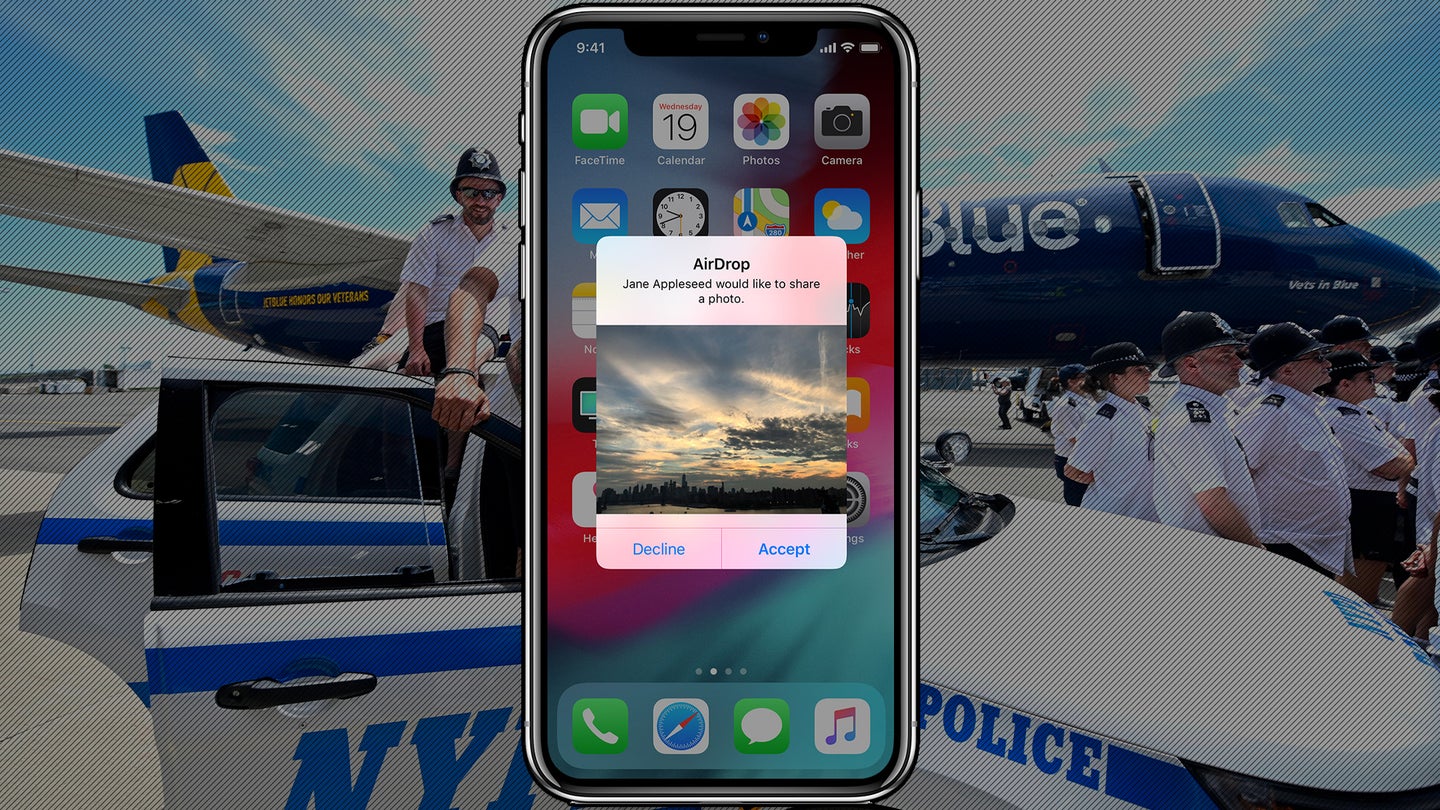 A Florida-bound JetBlue flight was evacuated after passengers with Apple iPhones were sent an image of a suicide bomb vest while aboard the plane, according to The Guardian.

Police say that all 150 passengers were hurried off JetBlue Flight #573 at New Jersey's Newark Liberty Airport over the weekend after someone on the plane began using Apple's AirDrop feature to send the unsolicited photo to random Apple iOS devices, including the phones of two flight attendants.

Eventually, police cleared the plane for takeoff and allowed passengers to re-board after bomb-sniffing dogs were unable to detect a threat. Authorities could not determine the source of the individual who sent the message.

AirDrop is a proprietary transfer method which allows iOS users to send files from one nearby device to another using a combination of the Bluetooth and wireless protocols. When a photo is sent to a device, it displays a popup with a preview of the image and allows the user to accept or reject the transfer. While there are safeguards which allow users to block AirDrops from strangers, many individuals disable these in order to receive messages from people outside of their contact list, often failing to revert the change when finished.

Because AirDrops are direct peer-to-peer connections that don't make use of existing wireless infrastructure, it would be difficult to determine the source of the photo. Authorities would need to conduct a forensic analysis of every iOS device on the plane in order to determine the culprit. A good in-depth technical explanation of this process can be found here.

For those concerned that they may one day be AirDropped an unwanted picture or file, the answer is simple: turn AirDrop off when not in use.

Apple Tried to Buy Tesla in 2013, and Could Try Again Soon: Report

It appears that Apple’s development of an electric vehicle, dubbed Project Titan, is still very much so alive.