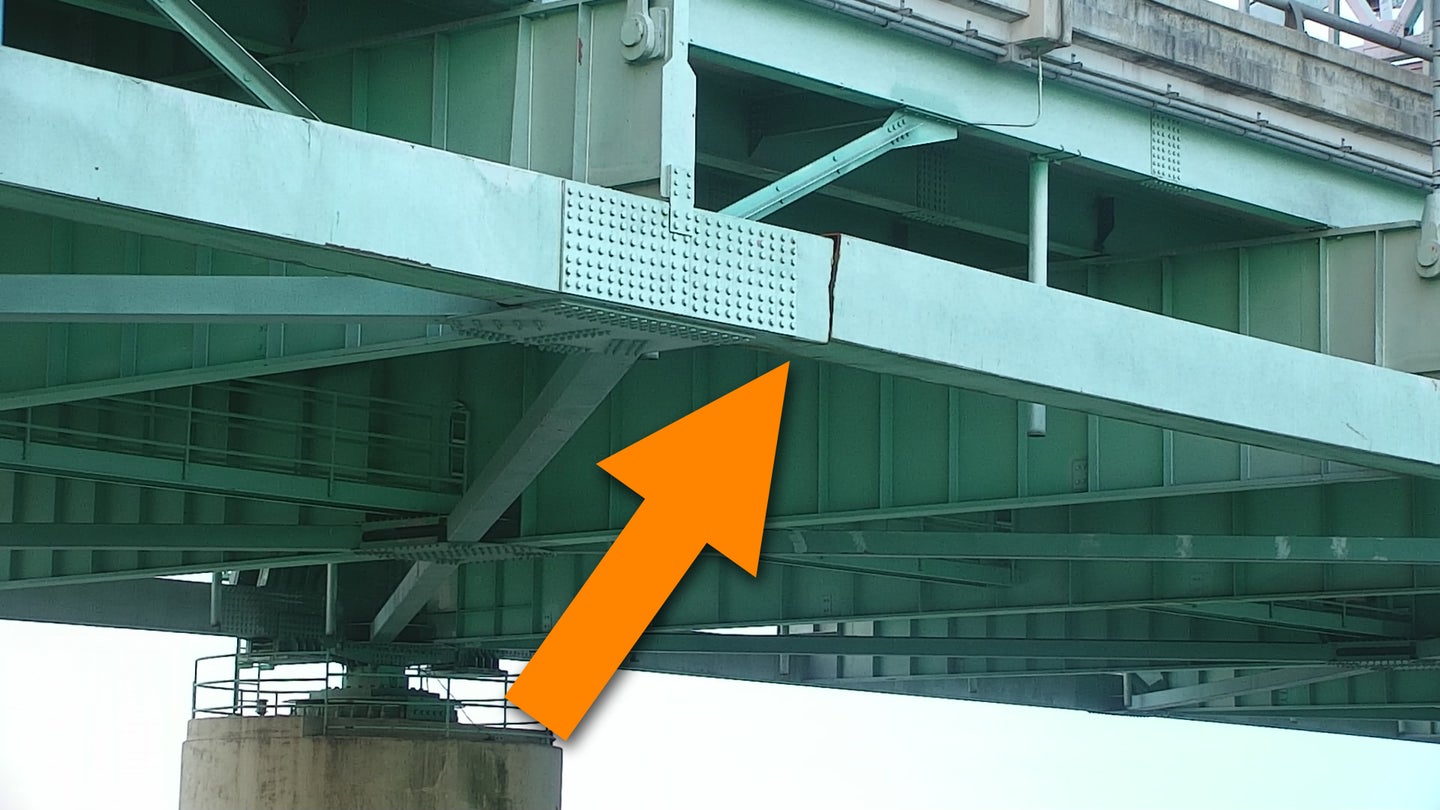 A crucial Interstate bridge between Arkansas and Tennessee has been closed following the discovery of a structural fracture, one which the Arkansas Department of Transportation's Director reportedly said could have led to a "catastrophic event."

Spanning the Mississippi River between Memphis, Tennessee and West Memphis, Arkansas (near NASCAR's only-ever dirt superspeedway), the Hernando de Soto Bridge welcomes a reported 35,000 vehicles a day, over a quarter of which are semi-trucks, according to Commercial Appeal. In fact, The Drive's managing editor Jerry Perez just drove through this bridge a few weeks ago while performing a range test on the new Ford F-150 PowerBoost.

Being such an important piece of infrastructure, the bridge was undergoing its first inspection since September 2019 on Tuesday afternoon, when a major fracture was discovered beneath the bridge, forcing both Arkansas and Tennessee's transportation departments to close it down to both road and water traffic.

A TDOT official told Commercial Appeal the closure was due to a "cracked" truss, which photos show to be not just cracked but visibly severed all the way through. The damage's extremity has led social media commenters to speculate the fatigue could be more widespread, and that other issues may be discovered elsewhere in the bridge's structure.

Both states' DOTs are reportedly investigating the damage's cause and extent, however extreme, and will split the cost of the repair, though Tennessee's DOT will reportedly spearhead the fix itself. How long traffic must be detoured to the nearby Interstate 55 bridge, however, is not yet known, as officials have no estimate as to how long the repair job will take.

"Right now we just don't know [how long it'll stay closed]," said TDOT's chief engineer Paul Degges to Commercial Appeal. "It's plausible that this can be months rather than weeks."