It always pays to check a car’s history before you lay down the cash. 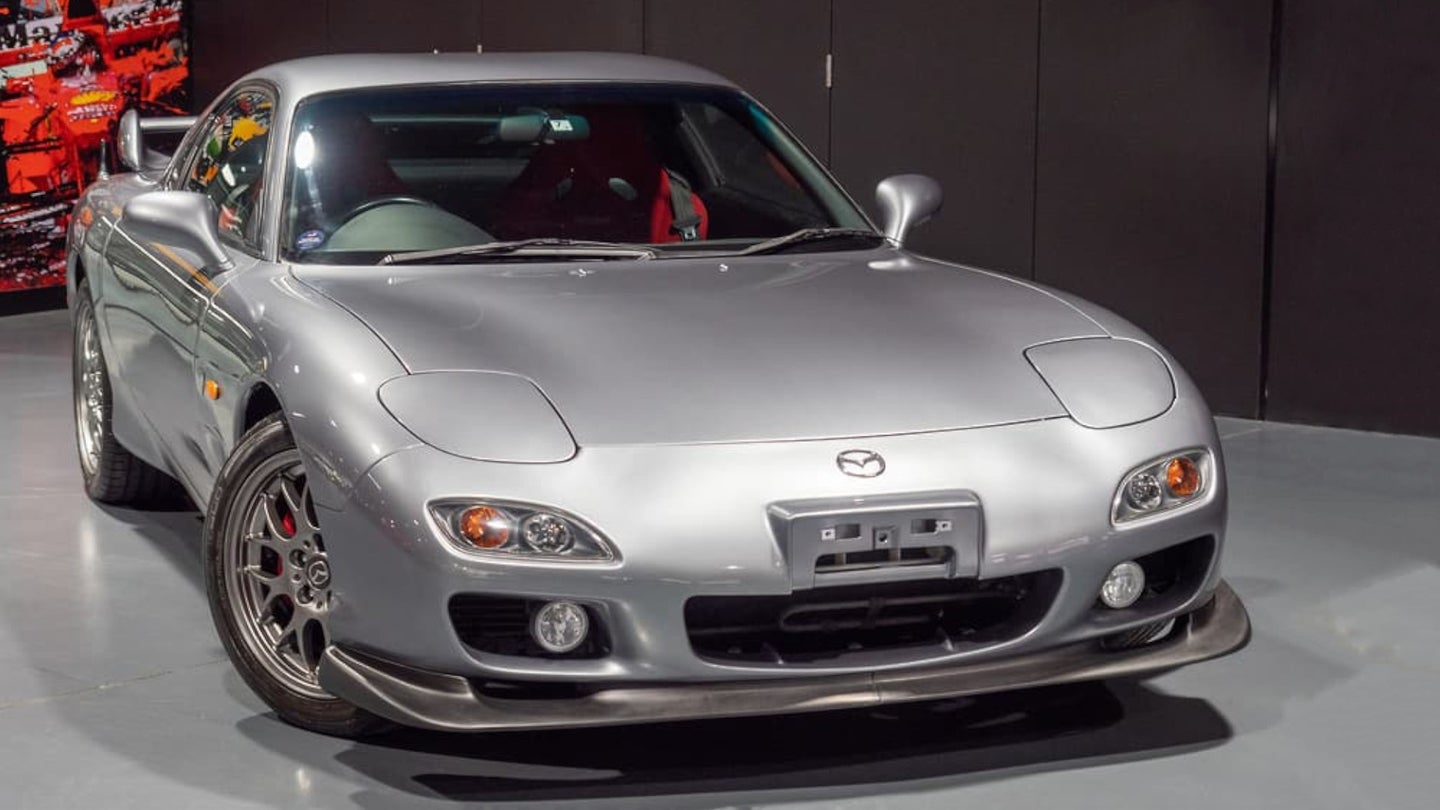 These days, if you want any of the JDM halo cars of the 1990s, you have to be prepared to pay through the nose. Immaculate examples are rare and command a hefty price due to high demand. One such vehicle recently popped up on CarSales.com.au — a pristine 2002 Mazda RX-7 Spirit R. However, members of the AusRotary.com community were quick to spot that something was amiss.

The vehicle itself is a Mazda RX-7 Spirit R Type A, fitted with the 13B twin-rotor, twin-turbo engine boasting 276 hp paired with a 5-speed manual driving the rear wheels. The two-seater model is perhaps the most desirable Spirit R out there, with Mazda stating at the time that "The Type A Spirit R model is the ultimate RX-7, boasting the most outstanding driving performance in its history." Just 1044 examples of the Type A spec were made, out of a total run of 1500 Spirit Rs.

The ad for the car states that the "immaculate" and "very clean" vehicle was number 315 of 1500 Spirit R models built, and was only on its second owner, having been imported to Australia and complied in December 2018. Reportedly in stock condition, the seller claims no modifications have been done to the car, and even parts like the wheels and head unit are all original. The vehicle was apparently listed for sale for $149,000 AUD, though the listing now shows as "Not Available."

Enough information was posted to allow a member of AusRotary.com to check into the history of the vehicle. According to their analysis, the Spirit R build no. 315 was purchased from a Japanese auction in June 2018 as a wreck, in such poor condition that it did not receive an official quality grade. It was then repaired and auctioned again in October 2018 rated R, denoting a vehicle that had been repaired after an accident.

The vehicle was then imported to Australia in December 2018. As per the photos dug up by AusRotary.com, the heavy damage sustained by the car suggests that it should not have been eligible to pass compliance. As per the regulations for damaged vehicles, government policy states that "A vehicle that has been structurally damaged cannot be fitted with a Used Import Plate. The RAW (Registered Automotive Workshop) must assess each vehicle for damage against guidelines prescribed in legislation - if the vehicle does not meet these requirements it must be exported or destroyed - irrespective of whether the damage has been repaired or is repairable."

The post from AusRotary.com alleges that the workshop that complied the vehicle has been involved in complying many similar RX-7s that have been repaired after crashes, or have undergone odometer windbacks. It's not the first time this vehicle has come up for sale; Shannons Auctions in 2021 had the car listed at an expected price of $80,000 to $90,000, however the accident history was made public and the auction was later withdrawn for unspecified reasons.

The story gets murkier too; with the vehicle listed as only having one Australian owner, the second of the vehicle, implying that the car is privately owned. However, the seller appears to have sold many Spirit Rs over the years, suggesting the vehicle is in fact owned by a practiced dealer rather than an individual. The post also points out that while the car is listed as "all original," it clearly had several non-stock items fitted when it was imported, and has clearly been returned to "stock" appearance at a later date. The head unit isn't original, either — it's instead fitted with a radio taken out of an Australian domestic market Mazda, most likely a Mazda 323.

As many have pointed out on Facebook, they'd have no qualms about owning a properly-repaired Mazda RX-7. However, as AusRotary.com points out, the problem isn't that the car has been repaired, but that it appears to be misrepresented by the seller. The vehicle as advertised appears to be a factory-original, low-mileage car in great condition and was priced as such. While the car has clearly been repaired to a passable level visually, its history means that it would naturally command a much lower price.

It's a cautionary tale that shows why you should always look into the background of any car you're laying down serious cash for. Desirable models like the Mazda RX-7 are often more likely to be targets of such shenanigans, so tread carefully if you're in the market, and as always, do your research.