You can now have your Singer with a carbon fiber body and a side order of boost. 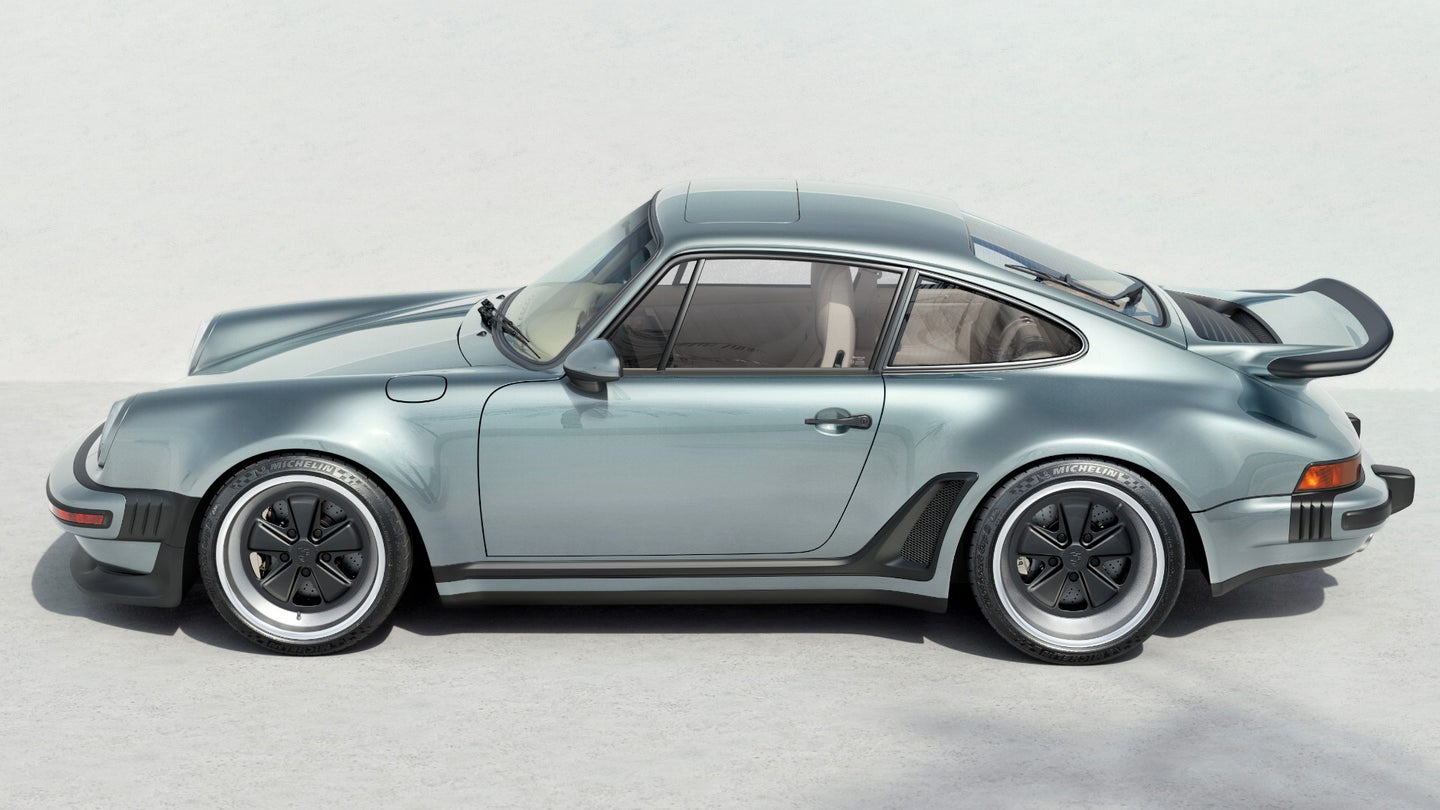 Since its founding in California in 2009, Singer has quickly become one of the most prestigious companies operating in the world of Porsche restoration. The company focuses on building some of the greatest re-imagined examples of the air-cooled 911 out there, and it's finally extended those efforts to the world of forced induction. Enter the Turbo Study.

The build came about as Singer received multiple requests over the years for turbocharged versions of its exquisitely-restored Porsche 911s, but there's a personal connection, too. "My first ever ride in a Porsche 911 as an 11-year-old in 1976 left me dry-mouthed and speechless - it was a black 930 Turbo with red tartan seats," said Rob Dickinson, founder and executive chairman of Singer. Dickinson notes that the Turbo Study hopes to "capture the awesome thrill of Porsche's first 'supercar'" while also taking it to new levels of performance and refinement.

The new offerings from Singer will be available with a 3.8L twin-turbo flat six, with power output from 450 horsepower and up depending on specification. The engine is a new evolution of the classic "Mezger" air-cooled design, outfitted with an electronic wastegate and air-to-water intercoolers to make big power without trading off drivability, refinement, or reliability.

Rather than relying on vintage metal, the Singer features a bespoke carbon fiber body inspired by the pumped-up aesthetics of the original 911 Turbo. Lower weight helps benefit acceleration and handling, while the design has been tweaked for both aesthetics and actual functional performance. The added stiffness in the body is a further benefit of the modern composite construction techniques employed in the build.

The car shown in photos released by Singer is set up with rear-wheel-drive and suspension tuned for touring rather than outright performance. However, all-wheel-drive is available as well; either configuration comes with a six-speed manual gearbox. Other comfort features available include electrically-adjustable heated seats, air conditioning, and cruise control.

At the customer's request, Singer will set up a build for more of a sporting focus if desired. A more aggressive suspension tune and exhaust can be chosen, and higher power outputs are available. Carbon-ceramic brakes are also an option, something likely to appeal to those intending on using their Singer for serious track or road rally action.

While the price and exclusivity of a Singer is above the means of many, those eager to see the company's take on a reimagined 911 Turbo will be glad to hear the vehicle will run at the Goodwood Festival of Speed in June this year. Further appearances will include a showing at Monterey Car Week in August. Those who have been hanging out for a Singer but wanted big turbo power should consider putting their name down sooner rather than later; the company has taken reservations from 70 owners already.