Most of the satellites have reportedly already re-entered the atmosphere or will do so within a week. 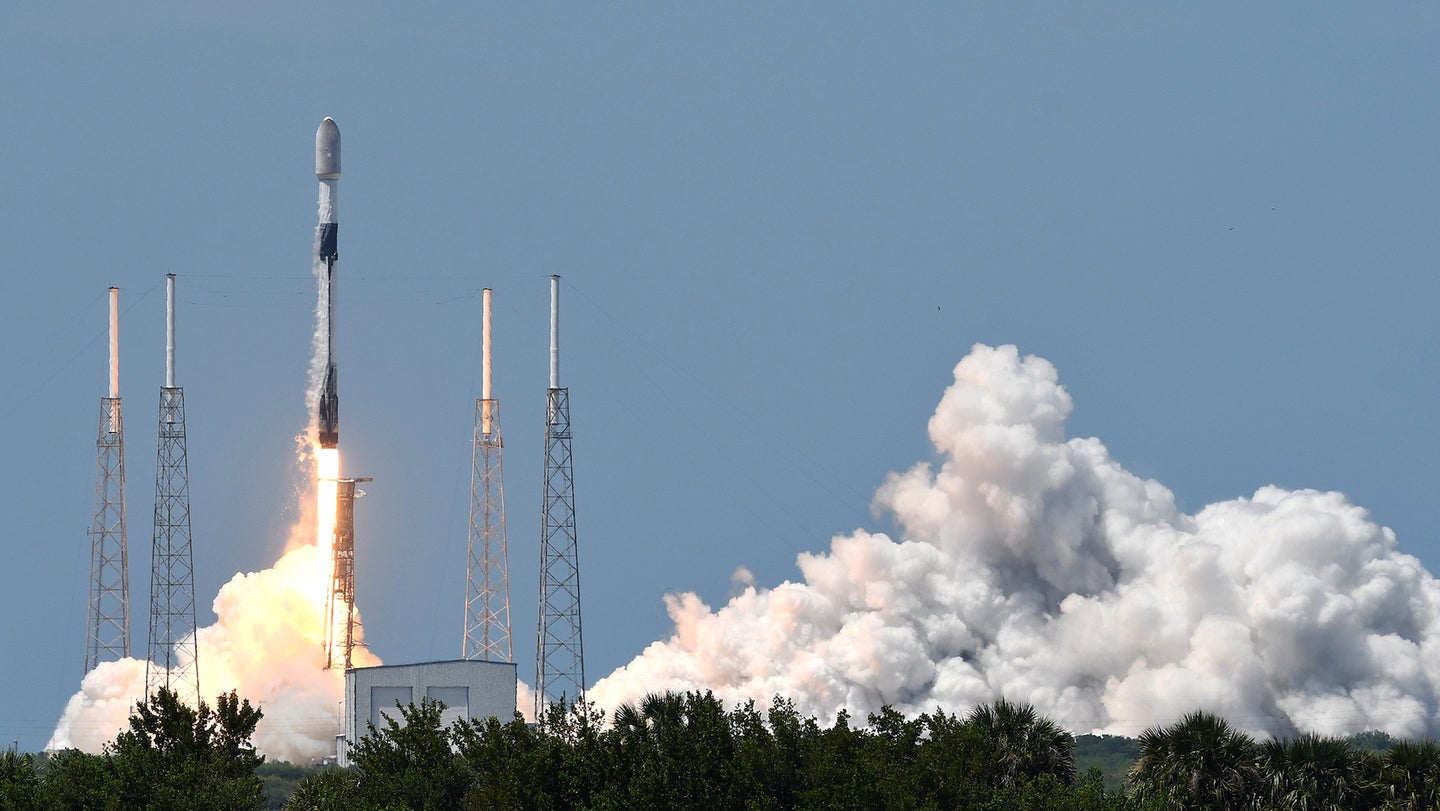 On Feb. 3, SpaceX launched 49 small satellites into low earth orbit as a part of its Starlink program, an advanced satellite internet service that, as with many other products and services pioneered by American billionaire Elon Musk, is at least a little controversial. The satellites were carried into the atmosphere without a problem and were deployed into their intended orbit, however, once they were orbiting, there was an anomaly in the earth's atmosphere that caused the loss of all but nine of the quarter-ton satellites.

In a press release, SpaceX claims that a "geomagnetic storm" is the culprit. According to the company, this storm warmed and increased the density of the atmosphere at the 210-kilometer height the satellites were deployed at, increasing the drag on the orbiting hardware to an unsustainable degree. Measures were taken in an attempt to remedy this increase in drag, but these were mostly unsuccessful. Of the 49 satellites launched, 40 have allegedly either already fallen out of orbit or are in the process of doing so. Below, you can see the launch of the Falcon 9 rocket that took the objects into space.

Although these unforeseen circumstances caused the failure of many of the satellites, SpaceX insists that they will not end up as space junk or indeed even impact the ground. It says that the lost hardware poses "zero collision risk with other satellites," and that by design they will "demise upon atmospheric reentry." So far, there have been no reported instances of Starlink units causing any damage to life or infrastructure on the ground. However, with plans to eventually launch over ten thousand of the small satellites into low earth orbit, the risk of a collision with an object in space will increase.

For now, though, this is simply a setback in the deployment of SpaceX's satellite internet system. For a different company, it might be a major roadblock, but Musk has indicated—and you should take some things he says with a grain of salt—that SpaceX will be conducting one launch per week in 2022 on average. Not all of them will carry Starlink hardware, but needless to say, the system will be growing in capability regardless. The loss of 40 satellites is certainly bad news for a company Musk says was facing a "genuine risk of bankruptcy" just a few months ago, but certainly, no other private aerospace company on earth is more fit to recover from such a loss.

Tesla Hits Record $5.5B Profit, But Musk Says No Cybertruck, Semi, or Roadster in 2022

There were plenty of curious insights in Wednesday’s earnings call.