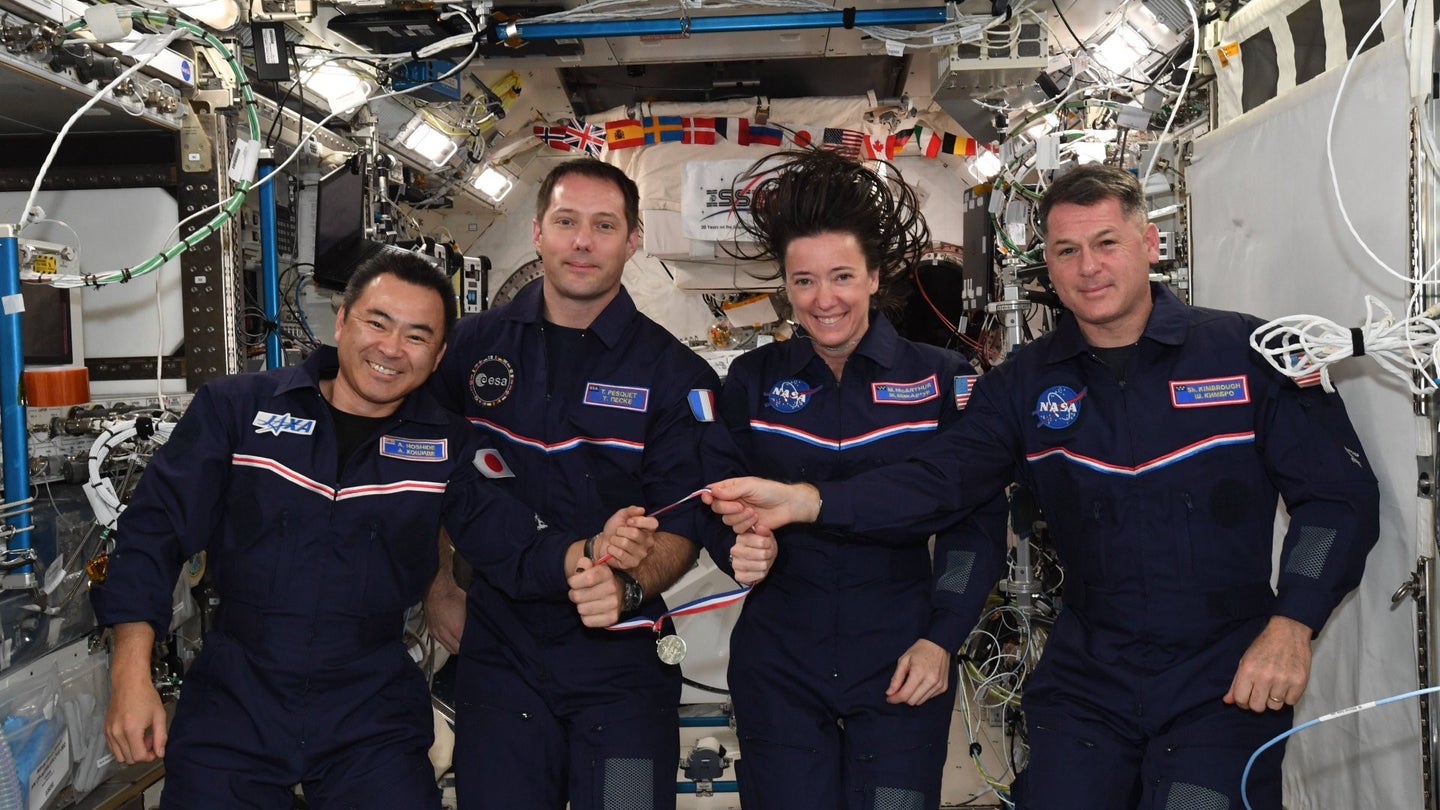 SpaceX has a problem, and it's a messy one at that. The toilet on the Crew-2 capsule has failed, leaving the astronauts short of somewhere to relieve themselves when nature calls, reports the New York Times.

The mission reached the International Space Station on April 24, with the crew spending almost 200 days in space thus far. It's the second crewed mission in a Space-X Crew Dragon spacecraft, with the Endeavour capsule launched into orbit on the company's Falcon 9 booster rocket. The bathroom onboard is not the typical throne you'd find on Earth, however. It's more of a system of tubes and fans, designed to suck waste away so it doesn't float about the weightless environment aboard the capsule.

The issue first came to a head (ship pun intended) in September, when an issue was detected aboard the Inspiration4 craft. The three-day mission had a tube come loose on the toilet system. This leaked fluid into a fan which spread the urine under the floor of the space capsule. SpaceX engineers then advised the Crew-2 astronauts to inspect their own capsule, and a similar problem was found.

While the crew might have been happier not knowing they were sitting in a tin with pee floating around, checking on the problem was key to avoiding potential issues upon re-entry. Concerns were that the fluid could cause corrosion of the spacecraft's aluminum components, which could lead to safety risks during the flight back home.

Ground testing was undertaken to determine the likelihood of corrosion from the fluid. This consisted of urine mixed with a compound called oxone, which is used to remove ammonia when treating the human waste. Testing determined that corrosion was thankfully unlikely. This was largely due to the thick paint coatings applied to the spacecraft, which acted as a "great blocking agent to the liquid" according to SpaceX mission management director Sarah Walker.

"We learned that the liquid evaporates within just a couple days," reported Walker, which was likely of little comfort the astronauts stuck breathing the atmosphere within the Crew-2 capsule.

After the testing, NASA approved the capsule for return to Earth, with the crew expected to land around 10:33 p.m. Eastern time tonight. NASA are livestreaming the return flight for those eager to watch on YouTube.

With the toilet out of action, the astronauts aboard Crew-2 will instead rely on a decidedly more low-tech method of waste management—diapers. Speaking on the issue, NASA Commercial Crew program manager Steve Stich stated that "Our intent is to not use the system at all for the return leg home, because of what we’ve seen with the fluid." Instead, the astronauts will rely on their space suits which are designed for such use. “Any time the crew is suited, they use an undergarment in that suit, and it’s a short mission coming home so it’s pretty typical to have an undergarment on and they can use that on the way home," Stich added.

After such a long stint in space, a little bathroom awkwardness is likely no big deal for these professional astronauts. However, we'd imagine they might be keen for a proper shower in the event they have a splashdown before splashdown, so to speak. We're sure NASA will oblige.