As it turns out, DWIGUY is not gonna fly. 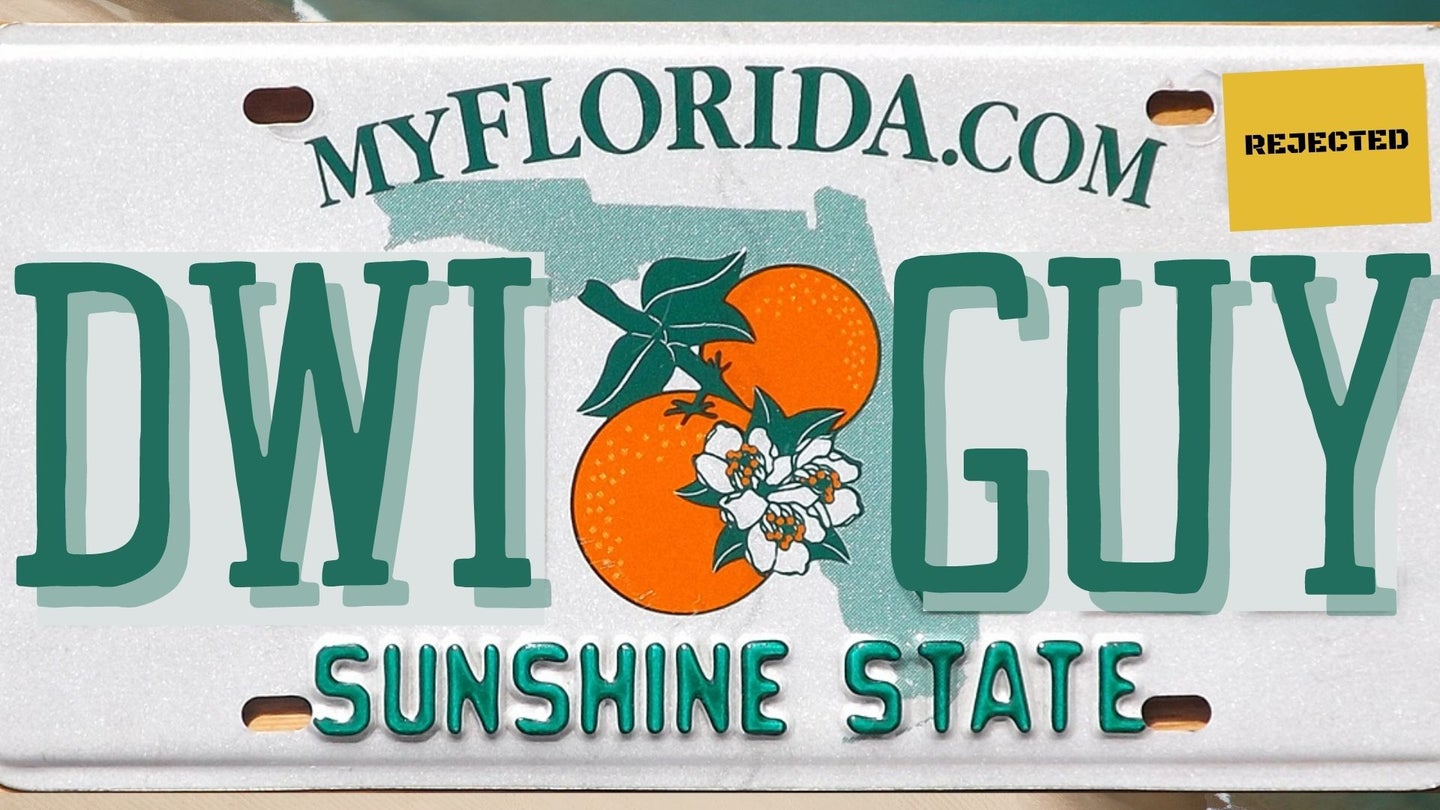 Here we go again, so get your popcorn ready. Recently, a Reddit user posted a list of vanity plates that were rejected by Oregon's DMV, with names like SLO-AF, MER LO and BEEEER. Another Redditor has surfaced after digging up a list from clear across the country in the Sunshine State, and the results aren't any less entertaining.

Some people might think it’s funny to own a vanity plate that reads “01D FART” but in Florida, it’s not going to pass muster by the Department of Highway Safety and Motor Vehicles. More than 500 plate configurations were denied in 2021, including an astonishing number referencing some combination of the letters F and U or F and K next to each other. I can't blame them for rejecting KLLER because that's one car I would not want to park next to at the grocery store.

The drug references, like M3TH, are ignorant. On the other hand, as one Redditor points out, maybe it makes it easier for the police to identify miscreants. There were also quite a few requests for plates relating to nuts and balls, which is going to delight my 12-year-old boy and his tween friends when they read this. DZZNUTS didn’t pass, and neither did the singular format of the same name. Or NUTZ. Or NUUUUTS. Maybe they're squirrel watchers.

Someone requested WAZZUP, which I'd probably give a stamp of approval if I were working at the DMV. H0YEAH is not going to cut it, nor will J0LLYAF. SADIST, absolutely not. Nice try, MRHUGE, but no. Sorry. I'd probably let HAILNAH go by, though.

It's entirely possible that the person who submitted DWIGUY could be an attorney specializing in DWI cases, in which case his license plate would be part of a business marketing strategy. However, Florida rejected it, so if the person requesting this plate is indeed an attorney, he might want to consider a wrap or bumper sticker instead.

How to Decode California License Plates

Soon you’ll be judging all cars by their plates.