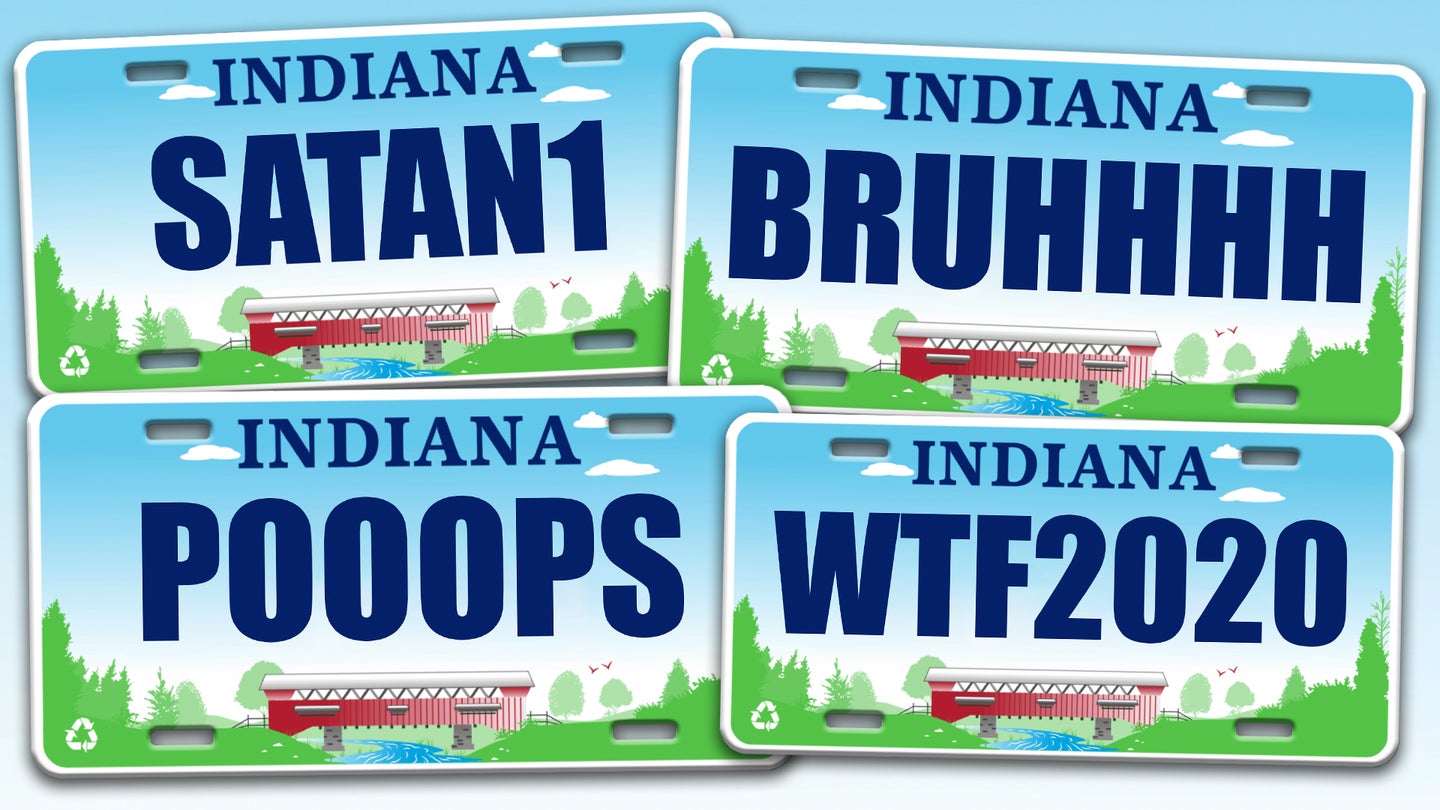 As long as there have been vanity license plates, there have been people trying to put stupid things on them. I don't know if folks just enjoy testing the DMV's censors or if they think paying a little extra entitles them to complete freedom of expression, but to quote The Big Lebowski, "This is not Nam. There are rules." Rules the state of Indiana would kindly like to remind everyone of after sharing its 2020 list of rejected vanity plates with WRTV News.

So far, at least 318 people had their dirty joke, curse word, drug reference, or otherwise inappropriate plate combos rejected by the Indiana BMV this year. The regulations for vanity plates differ slightly among the 50 states for but the most part they can’t have profanity, sexual or drug references, derogatory language, or overtly political or religious statements.

So what are some of the examples of vanity plates rejected by the state of Indiana? I’m so glad you asked. One that stood out was WTF 2020, which I think we can all appreciate even if it's not allowed on a government plate. The next is COV1D19, not sure why someone would want to have the name of virus as a vanity plate, especially when SMA POXX sounds so much cooler. STANK and BRUHHHH are both pretty funny without being out and out offensive, but without seeing the applications ourselves we can't know why exactly those didn't pass muster.

Another rejected vanity plate idea was FKN WRDO (lord knows I’ve heard that phrase once or twice). POOOPS, F*NITUP, SATAN1 and SND NUDE also did not pass for obvious reasons, and you get the sense the people who ordered these vanity plates were shocked and confused when they found out. Being the car nerd that I am, I just want to know what cars some of these were going to grace.