The design aims to cut the perfect bargain between power and torque. 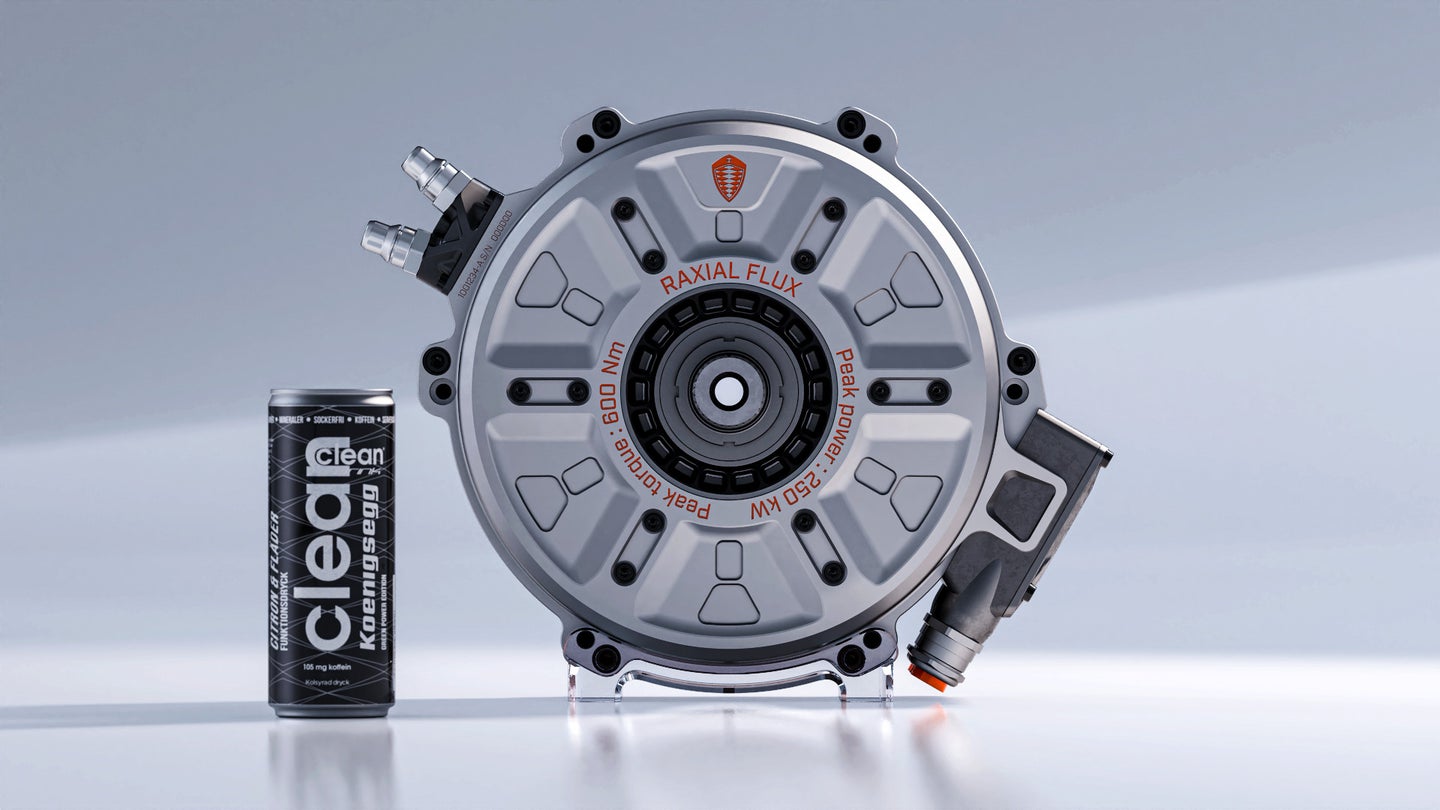 Unlike a lot of other low-volume manufacturers, Koenigsegg has always prided itself on building much of its technology in-house, rather than relying on external suppliers. It's continuing this trend as it builds towards electric drive to its hypercar lineup and has announced its new cutting edge Quark EV drive unit as a part of that push.

Like many other Koenigsegg innovations, like the 600 horsepower Freevalve 3-cylinder in the upcoming Gemera, the company has gone a little off-book to build something that fits its uniquely high-end requirements. As far as the Quark electric motor is concerned, it uses what the company is calling a "raxial flux" design. The motor is designed to cut a balance between the power benefits of a radial-flux motor design and the torque benefits of an axial-flux design.

The benefit of this approach is that it creates a motor with an ideal torque and power balance, requiring a less-complicated transmission to step down the output, saving weight and reducing drive losses.

The result is a compact motor capable of putting out up to 335 horsepower and over 440 lb-ft of torque while weighing just 30 kg. It's designed to pair with the company's cutting-edge "David" 6-phase inverter to make the Terrier drive unit, which combines two Quark motors back-to-back to make an incredibly compact torque-vectoring drive unit capable of putting down 670 horsepower. Koenigsegg claims it's "the most power/torque dense, torque vectoring drive unit in the EV industry."

"Small high-revving motors can have higher peak power to weight ratio, but they need transmissions in most applications in order to get to the desired output rpm and torque, causing energy loss and adding weight and complexity to do the same job," says CEO Christian von Koenigsegg, adding "So any benefit in size is lost." The Quark's "raxial flux" design helps eliminate this by compromising between power and torque with the motor's fundamental design.

Speaking on the hardware, Electric Motor Design Lead at Koenigsegg, Dragos-Mihai Postariu, notes that it will feature in the company's upcoming road cars. "The Quark is designed to bolster the low-speed range of the Gemera, where you need it, for brutal acceleration. The ICE then focuses on the high-speed range," said Postariu, adding "What this means in terms of performance for the Gemera is a big power surge followed by a continuous record-speed push to 400 km/h without any torque or power losses."

Photos of the drive motor next to a roughly 11-ounce (330 mL) beverage can show just how tiny the Quark motor really is for its power output. Hook it up to a source of angry electrons and a coolant loop, and it'll be shredding rubber in no time.

Details are scant on the new model that’s due to drop this year.