Is it too much to ask for these to be available in amusement parks? 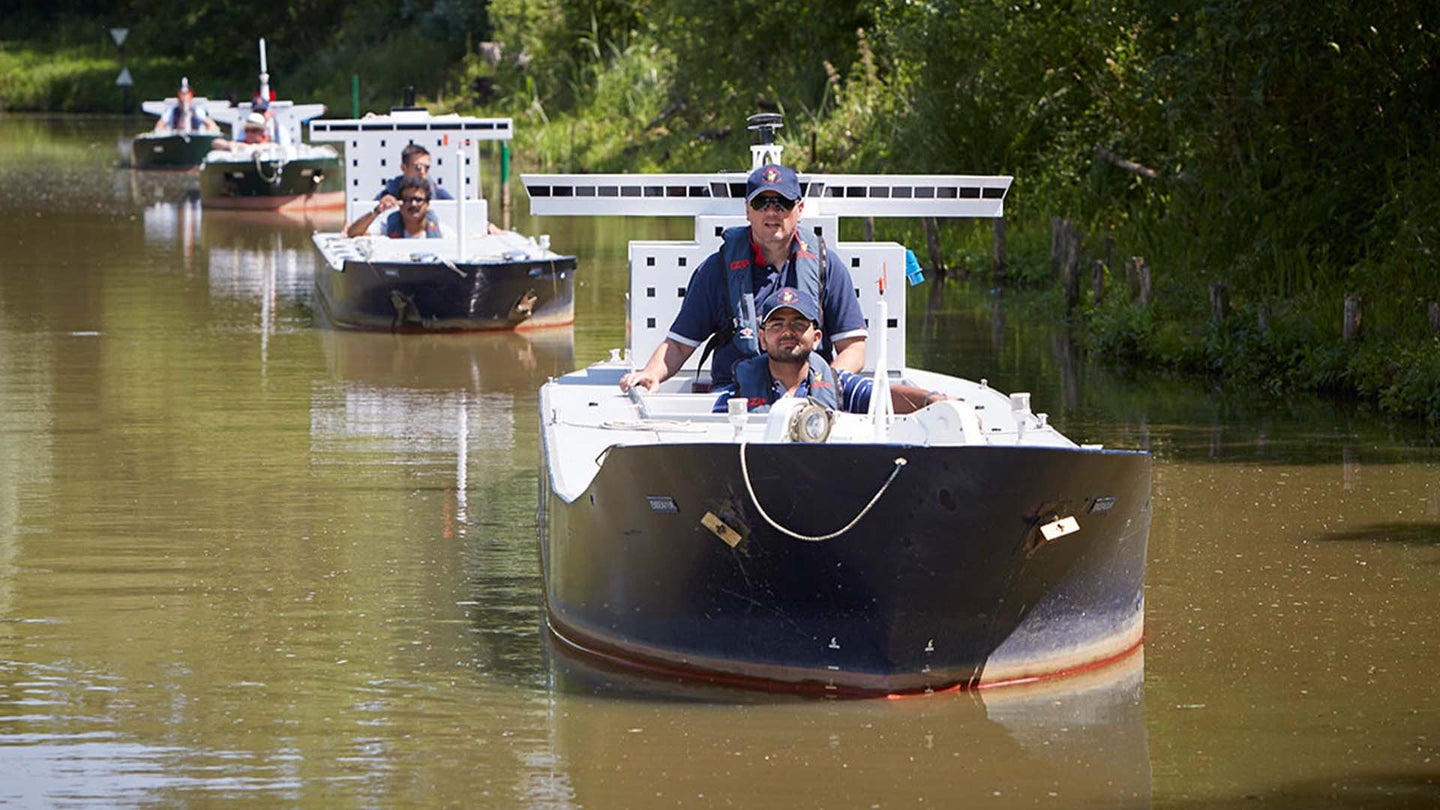 Going karting or riding one of those miniature trains through a park is something we never really grow out of. As adults with more means at our disposal, though, we have access to a wider variety of recreational craft, such as actual cars, or with rather greater means, planes or boats. What we could really use, though, are more approachable versions of those experiences, and I'm not talking about a jetski. I'm talking about being able to rent an itty-bitty cargo ship to putter around in, like the ones they use to train sailors to handle cruise ships.

The ships shown here are operated by maritime pilotage schools like Port Revel, which was accidentally attributed in a recent Reddit post depicting a similar program at Solent University. Both facilities use approximately 1:25-scale commercial vessels—namely tankers, cruise ships, and container ships—ballasted to weigh about five tons to simulate the mass of an actual ship. Their engine and rudder responses are accordingly dulled to simulate the poor maneuverability of the real deal, and top out at about three knots; the pace of a brisk walk.

At Port Revel, each individual class of ship has its own specialized courses, which incorporate scenarios such as docking, anchor use, cooperating with remote-controlled tugboats, and even dealing with a rudder failure in a canal. It all sounds like a pretty fun way to spend an afternoon, or hell, even a great activity for a bachelor(ette) party—provided you don't mind skipping the drinks and committing to a multi-day course. And at what cost, I can't say; pricing isn't publicly posted on their sites. Still, I can't think of many things that'd be more fun to do with friends.

Now if you'll excuse me, I can feel a "masculine urge to" tweet brewing...

It’ll blow you away.