My 291K-Mile Saturn Runs for the First Time in Forever. What’s Your Beater Story?

All it needed was a battery. How great is that!

I catch my fair share of flack for buying old trucks, but not every vehicle I own is a rolling hazard. Half the time, they don't even roll—they just sit there, waiting on me to bleed the brakes or fix the cancerous rust that's overtaking the sheet metal. I do own two vehicles without any rust, though: my wife's 2018 Ford Expedition and my 2002 Saturn... S-Series? Yeah, that's what it's called. Had to Google it real quick.

The latter has been sitting in my yard for the better part of eight months, acquiring dust and what looks like maybe some oak sap. It was cleaned right before being parked in the summer and when I went to start it a few weeks ago, the battery was dead. I paid $1,300 for it in July 2020, and I've only added 1,000 or so miles to it. Really, I should've sold it a long time ago.

But I didn't, because I knew I might one day need a cheap econocar that's great on gas. That's what prompted me to buy a new battery for it last night, and wouldn't you know it, the 1.9-liter twin-cam four roared to life. It's got a pretty good rattle, but I think it's the hood; I was told a car rolled off a trailer into its front end just before I bought it. That's not so important, though.

It's a five-speed, and the shifter is a little stiff. It does still shift, however, and I plan on putting it to use, especially once I get the heater blowing hot air. That's really my biggest complaint, but for a car with more than 291,000 miles on it, I think that's alright. If I drive it enough, I'll even pull the driver's seat out so I can remove whatever's in the track that's stopping it from scooting forward and back.

I was pretty stoked after it made it into town for a quick and cheap fill-up at the gas station. $20 topped it off, and it only had a quarter-tank to start with. That's exactly what I bought it for way back when and I hope to put it to good use because really, that's what it deserves.

I want to know what your best beater experience is, too. Is it with a similar GM product from this era? Maybe, maybe not. It could be an absolutely clapped-out Camry, or a dented Dodge Neon. Either way, they're worth celebrating, so put your humble car on a pedestal in the comments.

You can email me, if you want: caleb@thedrive.com 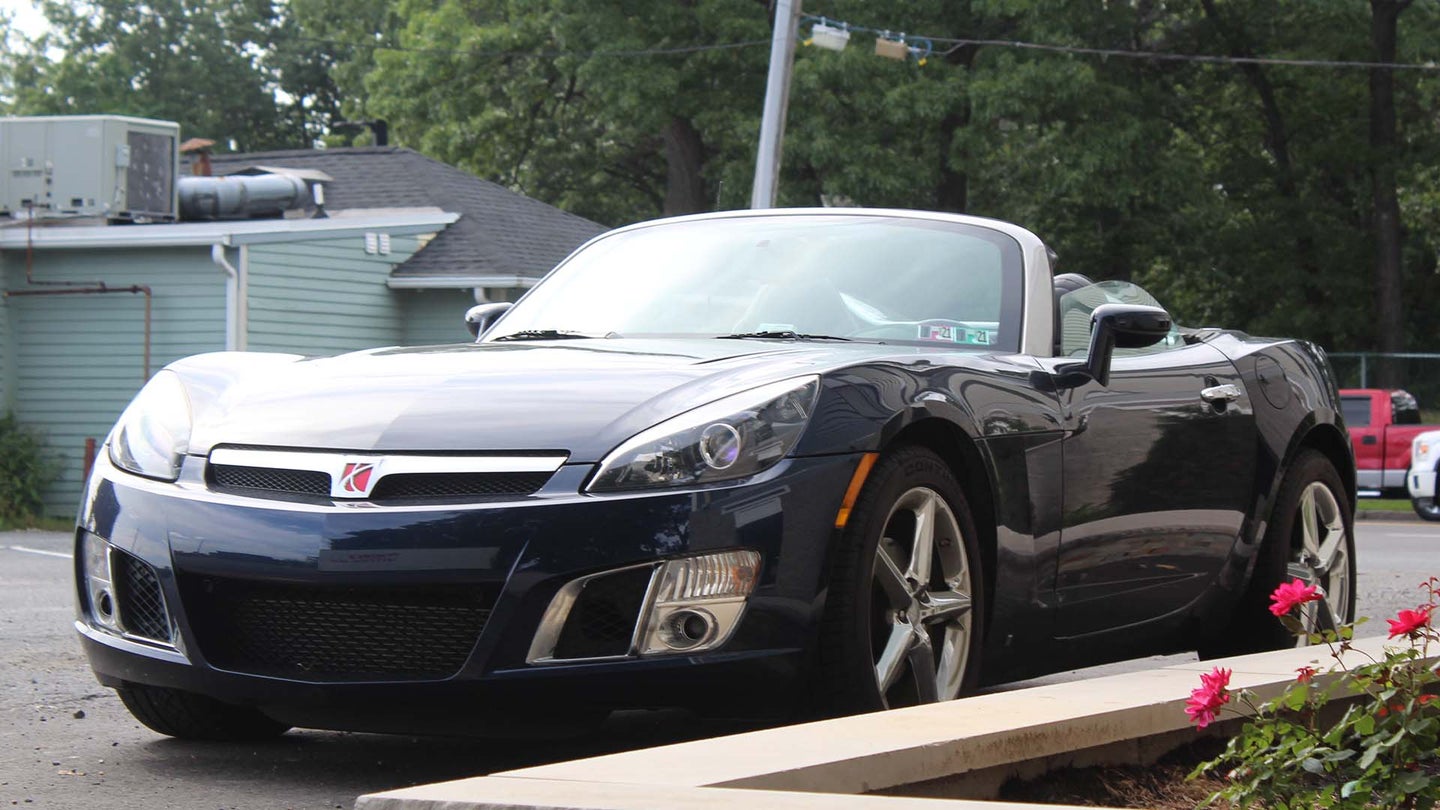 My Saturn Sky Has the Same Interior as a U-Haul Van. What’s Your Parts Bin Experience?

Parts binning is pretty common in the auto industry, but some automakers do it more often than others. 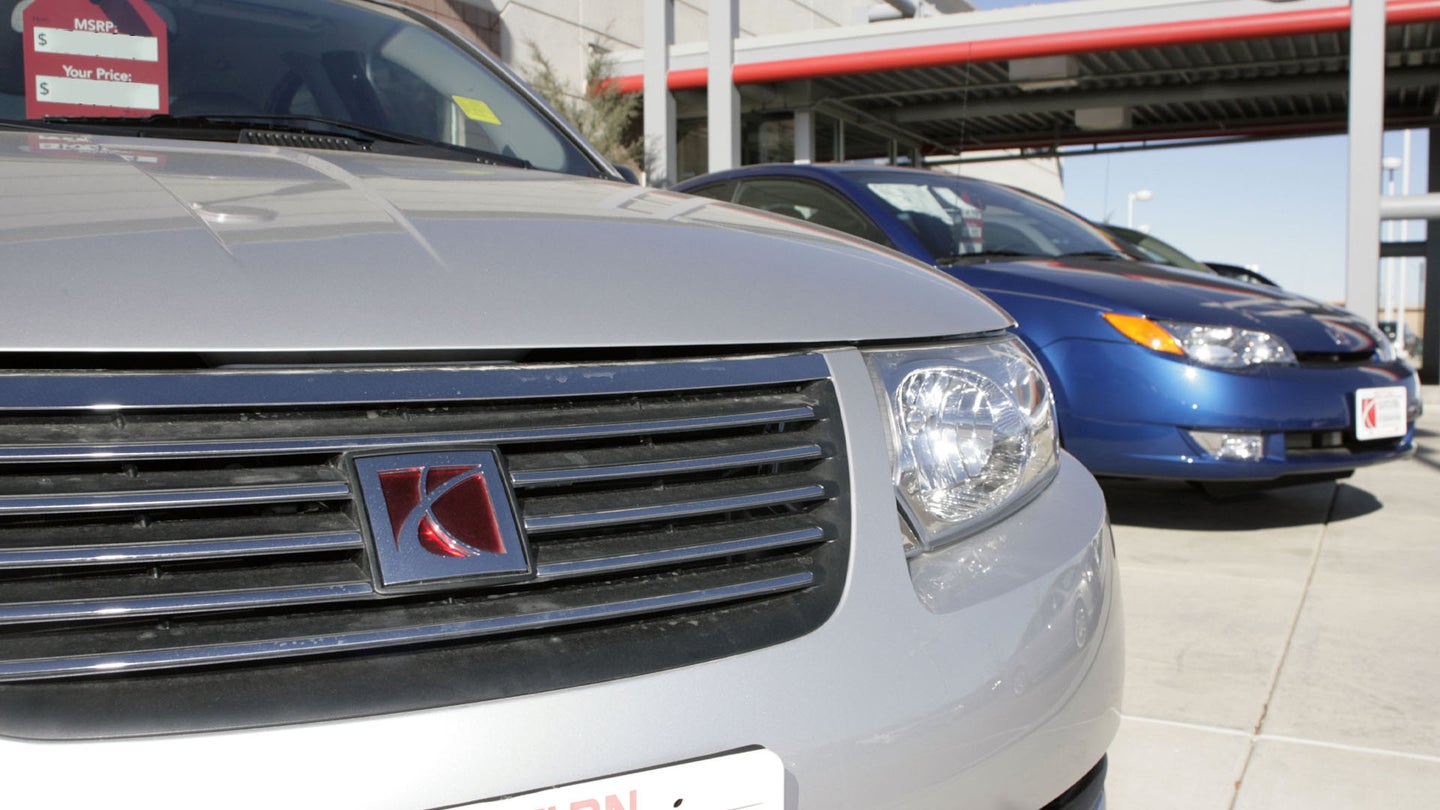 Old Saturn Prices Are Climbing Faster Than Any Other Used Car

GM’s quirky brand has been dead for more than a decade, but values of its used offerings are on the up and up. 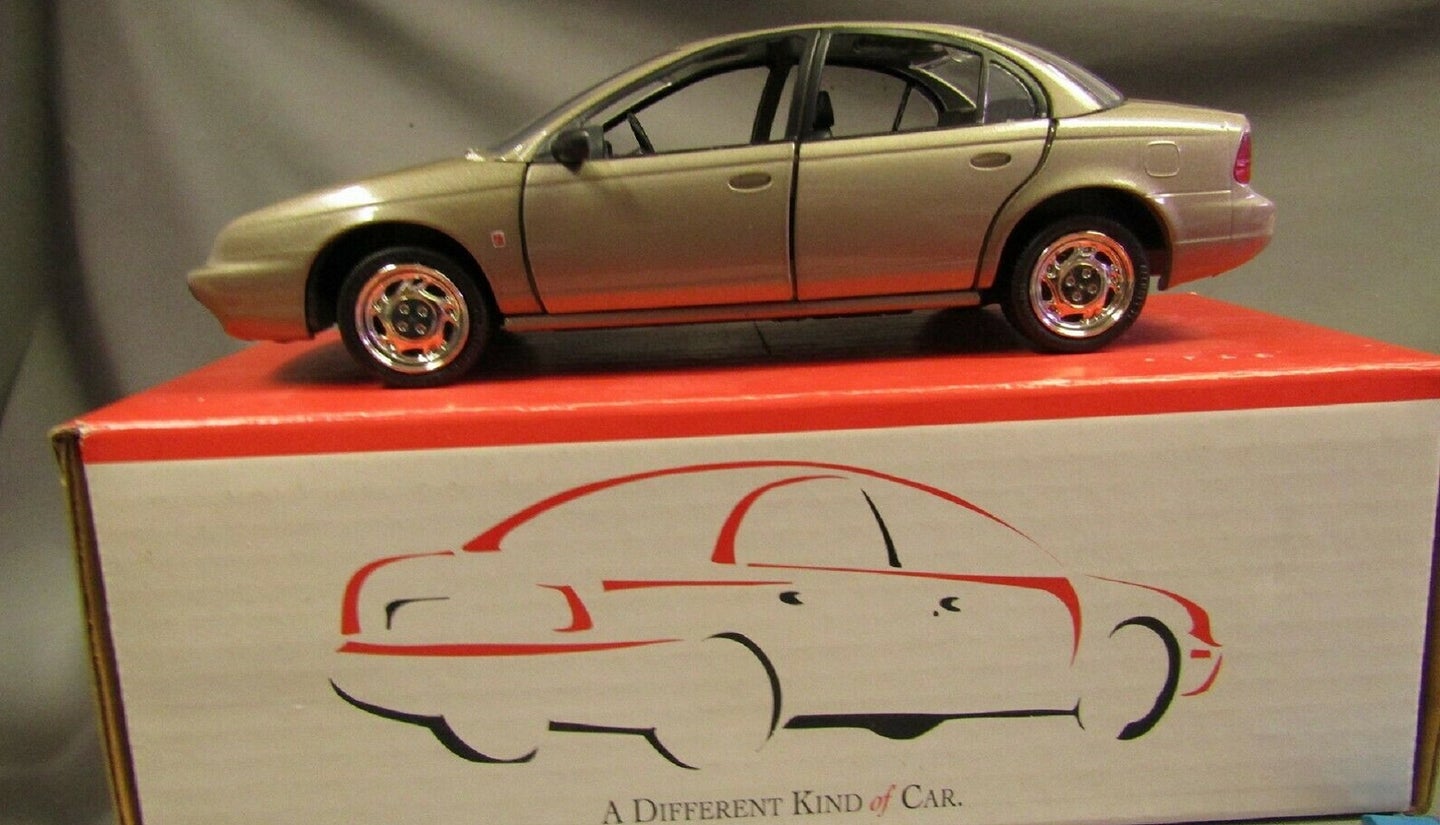