Go in for a slushie, come out knowing how to land an airliner. 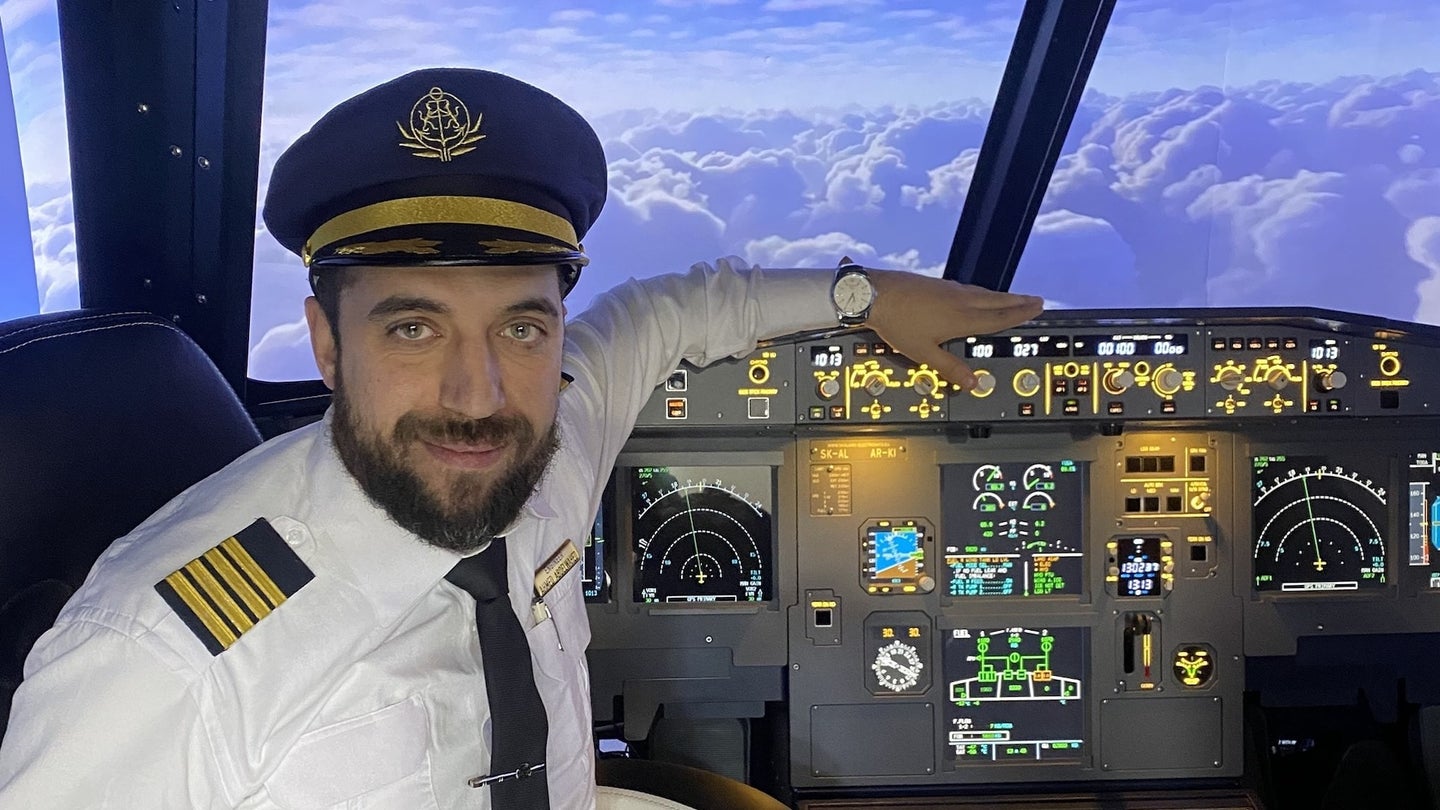 We all pretty much know what to expect from convenience stores. A bit of junk food, dozens of forms of caffeine, and maybe some people hanging around out front at an impromptu car meet. What we don't expect to find is the cockpit of an Airbus A320 airliner, complete with a professional-grade simulator being operated by fully uniformed plane geeks.

Swing by one of the EzyMarts in Sydney, Australia, though, and you'll find just that. Australia's Special Broadcasting Service reports the Airbus sim is the work of Ahmed Abdelwahed Nasreldin: an Egyptian aerospace electrical engineer who emigrated to Australia seeking work with Airbus or Boeing. Nasreldin's Aircraft Maintenance Engineer license, however, didn't directly transfer, so to find some income while jumping through hoops to keep his career on track, he bought a convenience store franchise, to which he would add an unusual feature tied to his professional interests.

This last year, Nasreldin bought a disassembled Airbus A320 simulator cockpit, which arrived in more than 2,000 pieces and without assembly instructions. Unfortunately, Nasreldin told The Drive, putting it together took until exactly one day before Sydney reentered lockdown over the Winter, forcing Nasreldin to close his store for the season. When lockdowns reportedly lifted last month, however, Nasreldin's store surged into the limelight as journalists attending a corruption hearing at the nearby Independent Commission Against Corruption office stopped by for drinks, only to find a fully equipped Airbus simulator inside the store.

"Because of the long wait [in the ICAC office], journalists would come to my store to buy juice and coffee, but they were surprised to see an aviation simulator," Nasreldin told the SBS.

Now that his store has been popularized, Nasreldin is selling seat time in his sim, and to pilots of any skill level. Anyone can take it for a five-minute spin in pilot's uniforms just for photos, or arrange hours' worth of seat time for professional practice.

As the sim is now the defining feature of Nasreldin's store, he reportedly plans to change its name to the Airport Convenience Centre; a fitting name for a place that has helped him get his career back off the ground. Nasreldin tells us he already has a job offer in aviation consulting and is just waiting for his Global Talent Visa to be approved. When it is, he'll, at last, be able to spread his wings again, though it won't mean the end of his cozy little sim spot—he'll just have a former Egyptair colleague run air traffic control for him.