Some vehicles enrolled in FSD beta experienced false collision warnings and phantom braking due to a software glitch. 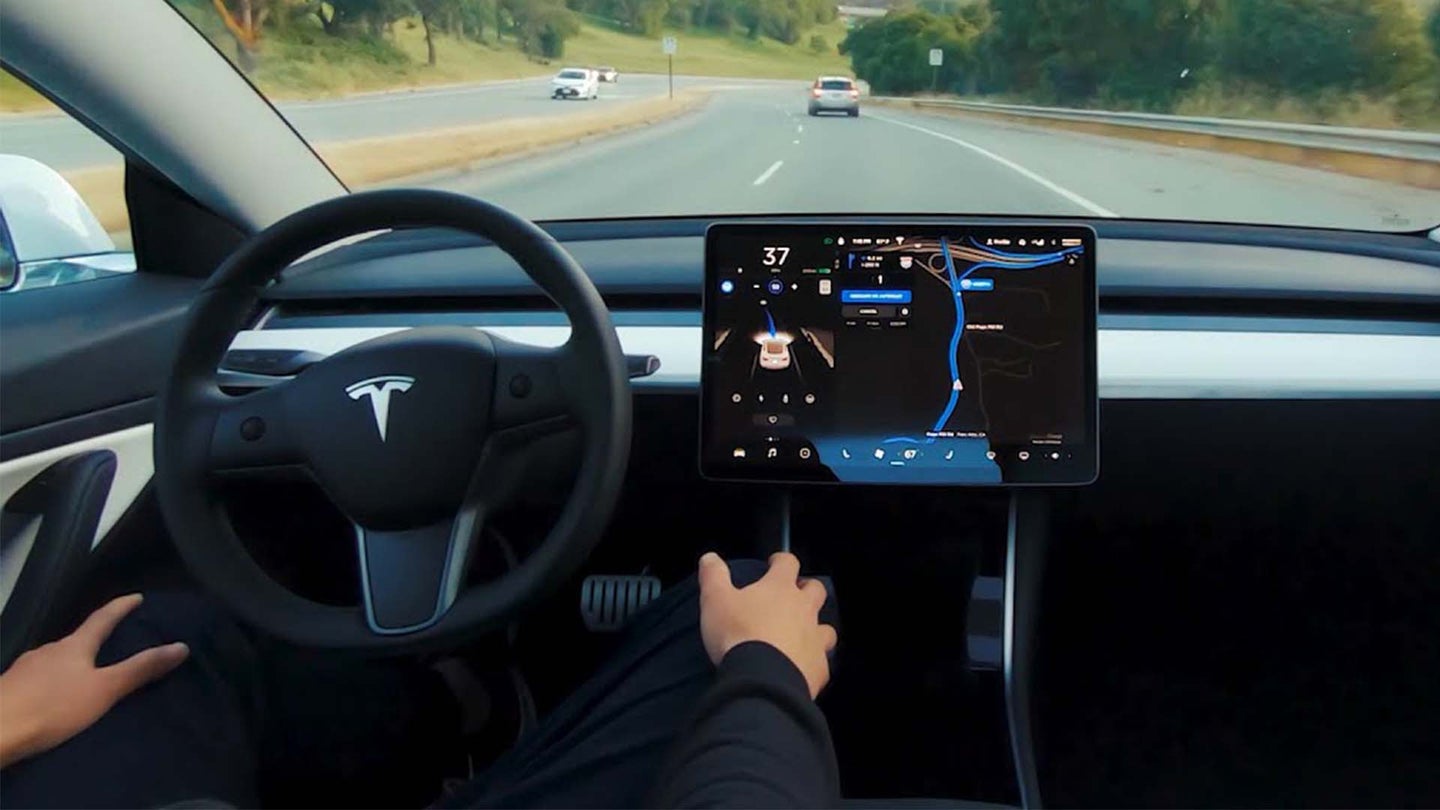 In October, Tesla issued a swift rollback of its Full Self-Driving Beta software following harsh criticism from drivers who received it via an over-the-air update. Now, the automaker has sent out a formal recall with the National Highway Traffic Safety Administration over the matter.

The problem began on Oct. 23 after the update was sent to vehicles enrolled in Tesla's FSD Beta, a program which—despite its name—is not an autonomous driving system. According to the notice filed with the NHTSA, this affected 11,704 vehicles across Tesla's lineup, including Models S, X, 3 and Y. Vehicles recalled were all running software "2021.36.5.2," better known as "FSD Beta 10.3." Tesla doesn't explicitly identify the software as FSD Beta 10.3 in the recall notes, though it does acknowledge that the software was only pushed to vehicles enrolled in the Full Self-Driving Beta.

Some drivers experienced constant phantom emergency braking, even when maintaining a safe following distance behind other vehicles. The update was referred to online as "bad," "broken," "jank," "terrifying," and "almost undrivable."

The problem was present in vehicles waking up from Sentry Mode and Summon Standby Mode, both of which cause an onboard chip to enter a low-power state. This, according to Tesla, caused an unexpected communication disconnect, allowing for inconsistency in detected object velocity. The vehicles then displayed false forward collision warnings and some engaged the vehicle's automatic emergency braking procedure.

When the problem was identified, Tesla stopped the rollout of FSD 10.3 and began to revert the code in involved vehicles. As of the filing, the automaker says that 99.8 percent of cars have already installed a version of the remediated software or a later release.

Tesla says it's not aware of any injuries caused by the faulty software update.

Meanwhile, Tesla is already under the NHTSA's watchful eye over a separate OTA update. The federal regulatory body launched a probe into Tesla earlier this year after an update was sent out that helped to better identify stationary emergency vehicles. This came after 11 Teslas collided with firetrucks and police cruisers while allegedly operating with Autopilot enabled.

The NHTSA ordered Tesla to respond to its request for information no later than Monday, Nov. 1.

This also marks Tesla's second recall in under a week. The automaker's first was related to nearly 3,000 Model 3 and Model Y vehicles for a potentially loose fastener that could cause the steering wheel to come loose.