2021 Ford Mustang Mach-E Recalled for Windshields That May Detach

A convertible Ford Mustang Mach-E sounds kind of fun, but losing your windshield and panoramic glass roof while driving isn’t the way to do it. 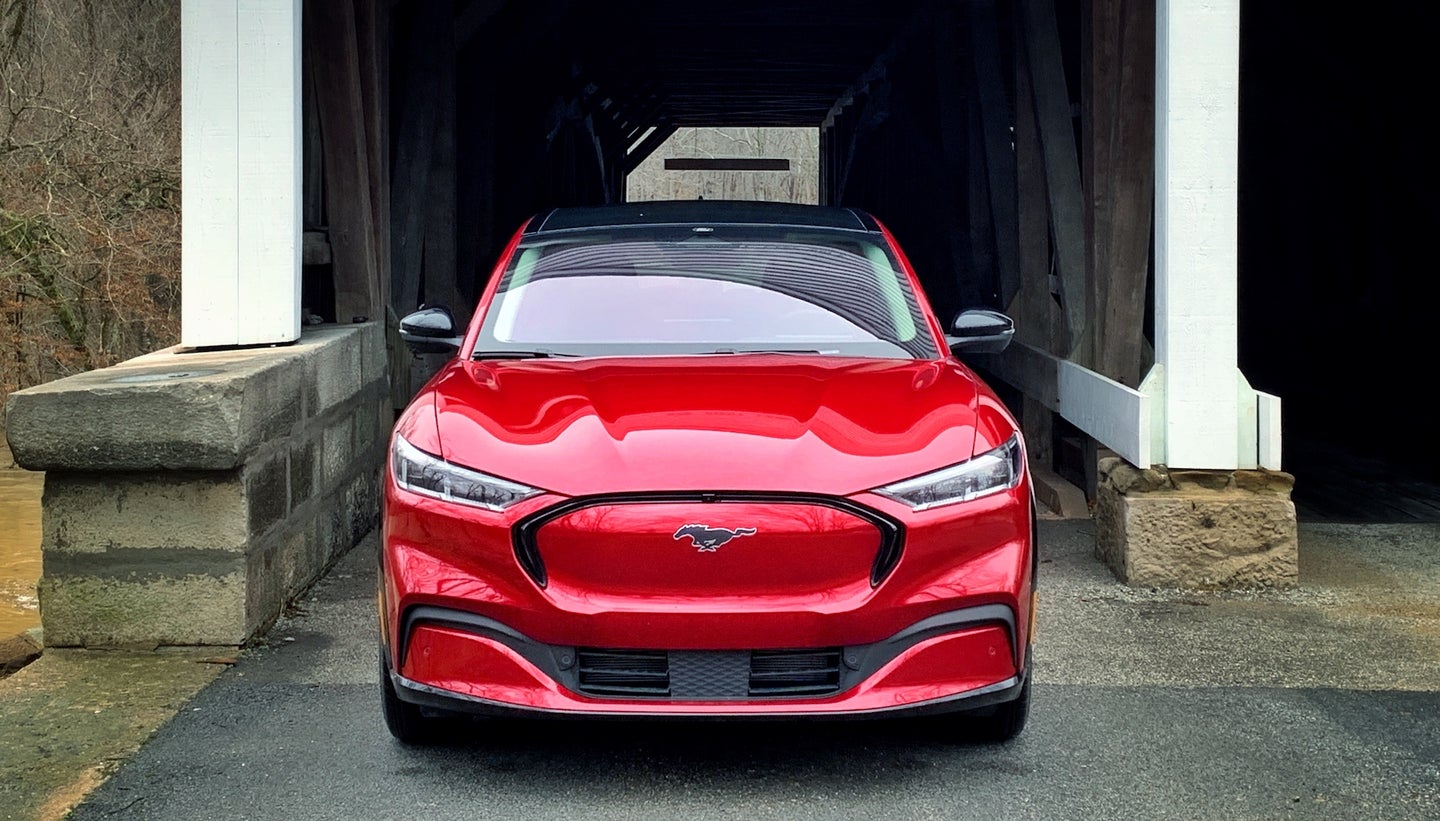 Ford is recalling thousands of 2021 Mustang Mach-E electric crossovers due to windshields and panoramic sunroofs that could detach while driving. The issue involves the adhesive and bonding procedure used to attach these glass panels to the vehicles which, at best, could cause water leaks and excessive wind noise. At worst, the whole thing could fly off while driving down the interstate.

The issue was first reported in late June of this year when Ford’s Critical Concerns Review Group began investigating a report claiming poor windshield adhesion during a cracked windshield replacement. The team analyzed the claim and performed various adhesion tests throughout July and August, ultimately arriving at a conclusion in September that "Ford engineering was not confident the affected units would meet the [adhesion] requirements."

According to Ford, no reported accidents or injuries have stemmed from this issue. Affected customers can expect to be notified in October, at which point they'll be able to schedule an appointment to perform the needed repairs at no cost to them.

The Mustang Mach-E has so far been received with open arms by consumers, ultimately causing the electric pony to outsell the regular Mustang last summer. Even Ford CEO Jim Farley admitted to having been caught off-guard by the Mach-E's popularity during an interview with The Drive's editor-in-chief Kyle Cheromcha.

Having spent a week behind the wheel of a Mach-E, I can safely say that it's an electric crossover that's straightforward and fun to drive. It's a down-to-earth ride that just happens to be electric. Of course, that windshield-flying-off business has got to be fixed.

It appears the Mach-E never got the memo about it being a crossover.