Mitsubishi Shareholders Are Pushing to Revive the Lancer Evolution: Report

Who’d have thought the Evo had friends in such high places? 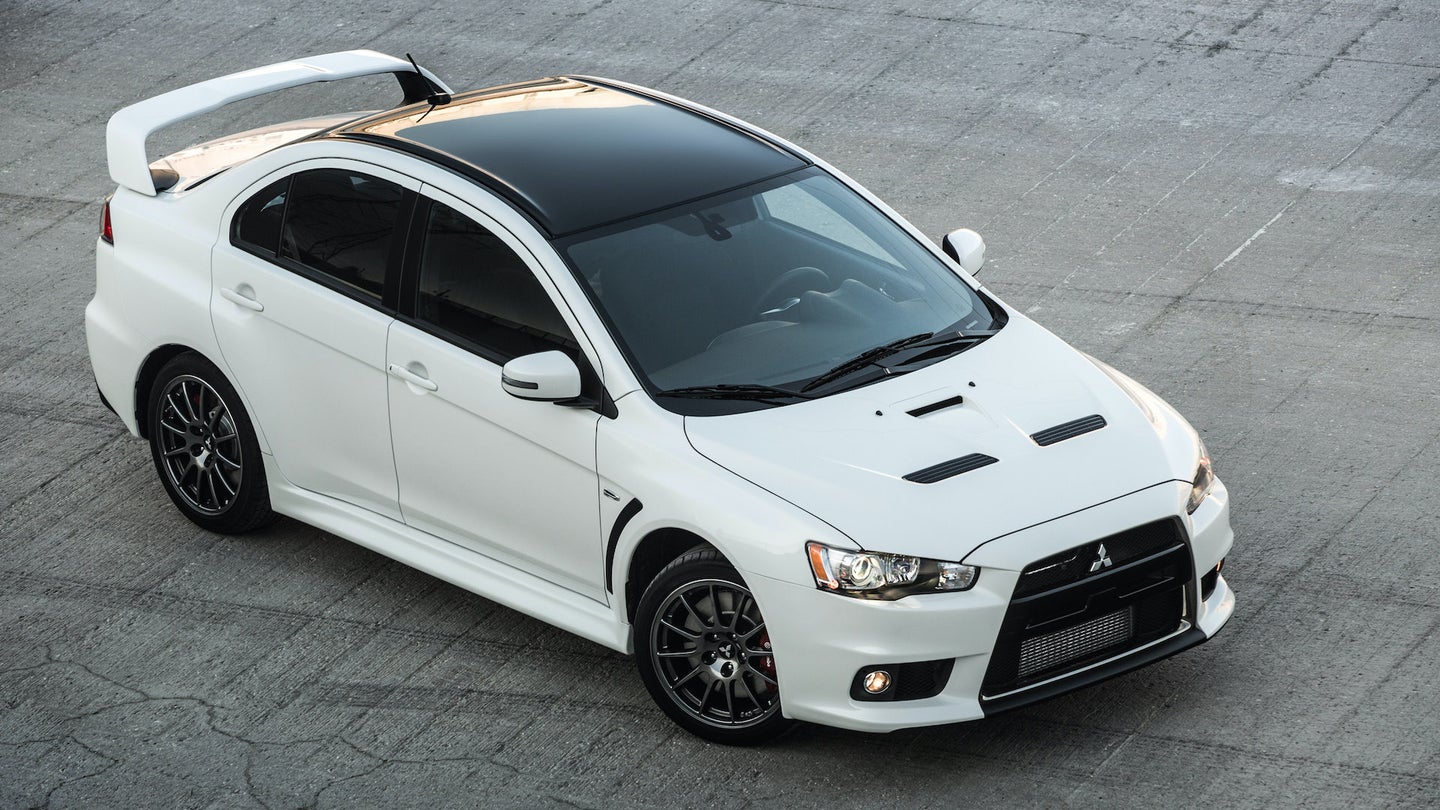 The Lancer Evolution was always a symbol of Mitsubishi's success in rally, and its discontinuation in 2016 was seen by some as emblematic of the company's decline. Since then, there have been rumors of a rebooted Evo, but with Mitsubishi's finances and portfolio in less-than-ideal places, a Hail Mary halo car like the Evo just doesn't make financial sense. So believes Mitsubishi Motors' CEO and President Takao Kato, who recently butted heads with investors that were reportedly pushing for the Evo's revival.

Kato reportedly disclosed this clash on June 23 at the annual general shareholders meeting, brought to our attention by Japanese Nostalgic Car. According to Japan's Response, Kato acknowledged a request by shareholders to bring back the Lancer Evolution, presumably made in light of Mitsubishi's resuscitation of its Ralliart racing division and pending return to motorsports. Kato, however, resisted these calls, pointing to the company's imminent need to return to profitability and broaden its electrified product range.

"Electrification costs a lot of development costs, and the company is still not strong enough, [sic]" Kato said. "We had a big deficit in the previous fiscal year, so we first revived the company [sic] and then put out the cars that fans are waiting for. I want to go [back to building the Evo too]."

Kato confirmed Mitsubishi will offer EVs "all vehicle types by 2030," potentially though not definitively suggesting the new Evo could be electric. If the Evo does come back at this point, it'll almost certainly use an electrified (that includes hybrids) powertrain shared with its Nissan and Renault allies, and play a role for the reborn Ralliart.

Ralliart, as Kato previously reaffirmed, will kick off with branded accessories, though Mitsubishi's original announcement seemed to also confirm two new, future performance models. Coming 2023 or beyond, at least one of these would seem to be an SUV, for which a reimagined Pajero would be a strong candidate. The Montero, as we knew it, exited production in May after a 40-year run and would be ripe for revival as an electrified SUV of some sort.

"We would like to create a car that allows customers to experience the electrification technology, SUV technology with high off-road driving performance, and the comfort performance in a functional and enjoyable space," commented Kato.

It remains to be seen what trajectory Ralliart will follow after its reintroduction, and whether it will again signify serious performance vehicles. At least we can now take comfort knowing, though, that there's momentum within Mitsubishi to bring back the Evo.