Someone Stole a Street Sweeper and Drove It Through Boston

The stolen sweeper was later recovered, but the suspect got away. 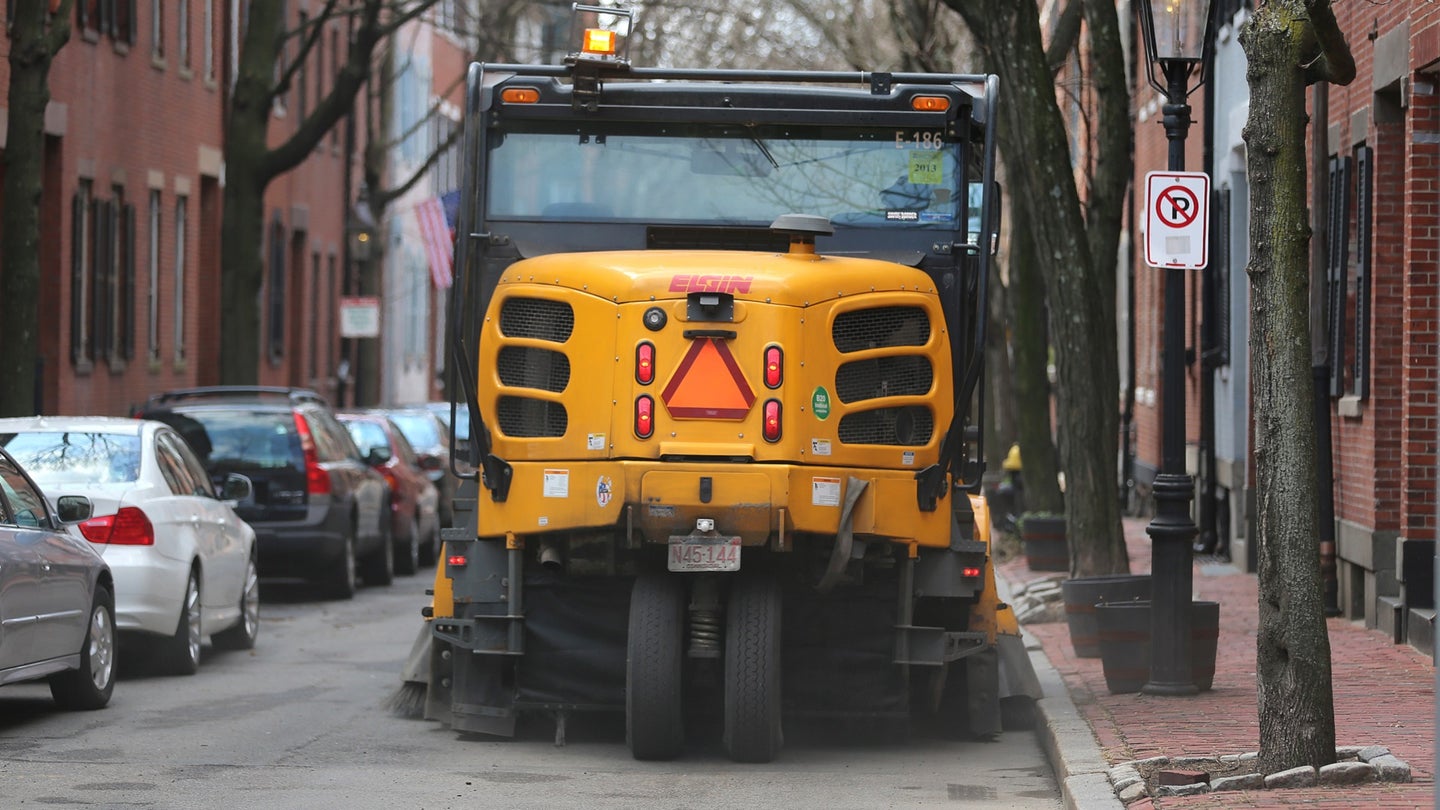 On April Fool's Day someone stole a commercial street sweeper and took it for a joyride through the center of Boston, reports Boston.com.

The pilfered privately owned sweeper was reported to Quincy police shortly before noon as it was heading north on the Southeast Expressway, which is Interstate 93 through the middle of Boston. State Police soon spotted and intercepted the sweeper on Elm Street in nearby Medford. It drove straight toward a cruiser, forcing the trooper to swerve out of the way. The sweeper then returned to I-93 south. Not long after, the sweeper was found abandoned on Exchange Street in Milford. It was impounded by the Massachusetts State Police as evidence, reports the Boston Globe. The suspect was nowhere to be found.

There is no word as to what kinds of traffic tie-ups this incident might have caused. Being that Sunday traffic was probably light, but street sweepers are designed for low speeds, and I-93 is the main highway through the center of Boston. Police likely lost the sweeper as it disappeared into the tunnels below Boston before emerging onto and crossing the Zakim Bridge. Still, there must have been quite the speed differential between the slow sweeper and other traffic in the area.

Maybe it was an April Fool's joke. Or maybe someone was trying to get a jump on cleaning the streets for motorcycles after a long Massachusetts winter. I can appreciate the enthusiasm, or perhaps the sense of humor, but that doesn't change the fact that stealing is wrong.