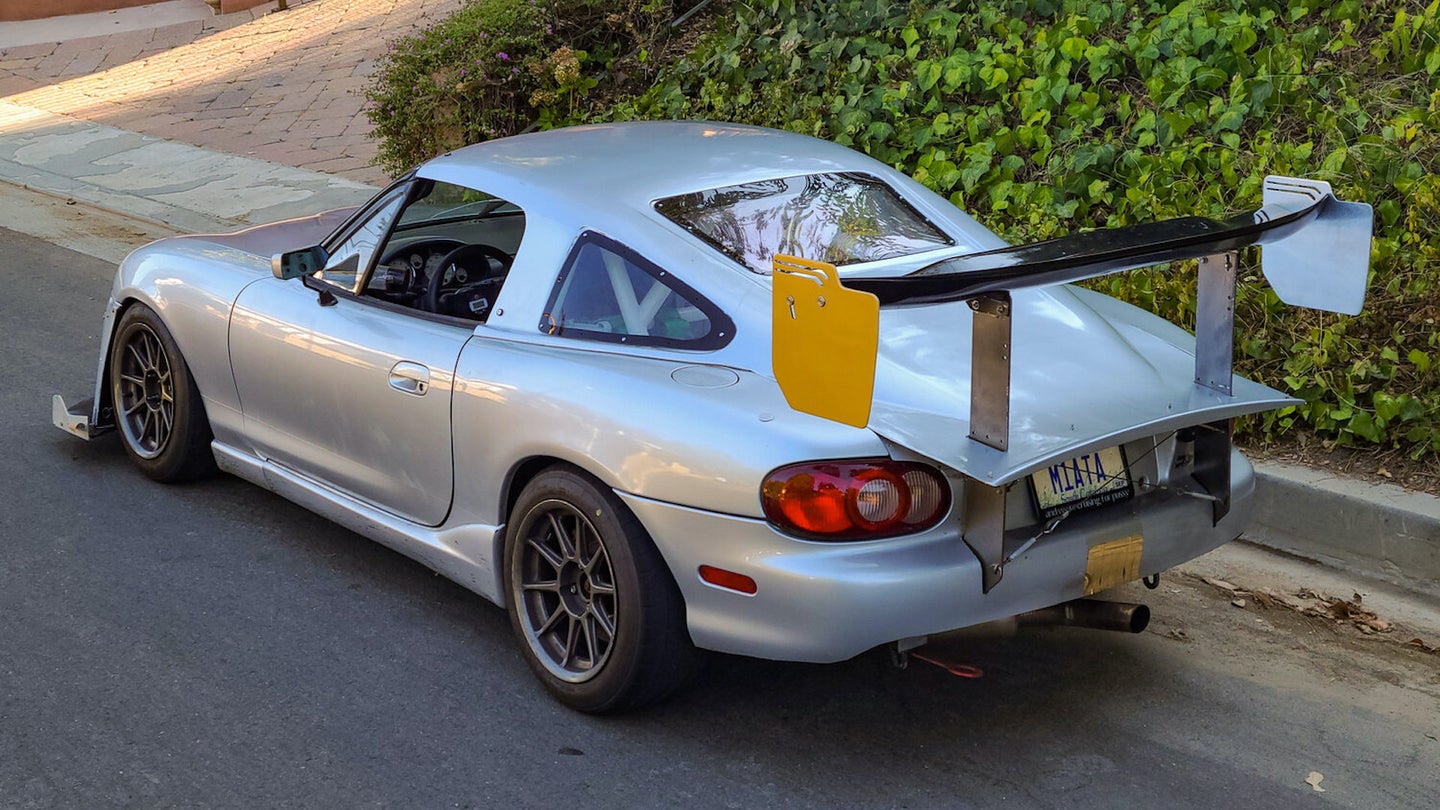 Stick a fastback on a Mazda Miata, and you've got a car that could pass for a pint-sized Dodge Viper. Perhaps the only way to further improve such a handsome little sports car would be to turn the exotic touches up another notch, with something like a wide body, or even something like a Le Mans-style longtail. You don't need to know how to beat panels to pull off a longtail Miata, either, as there's now an available fastback conversion that includes some of those extra tail feathers.

This terrific little Miata top is made by Renderos Racing for the second-generation (NB) Miata from a combo of fiberglass and polycarbonate, used in place of glass for the windows. The result is a roof skin weighing 38 pounds, or roughly the same as the folding soft-top mechanism—something we know y'all Miata owners with your every-ounce fixation care about.

At least one user of this top has combined their elongated fastback with custom rear fenders for a more complete, aerodynamically functional longtail, one that looks ready for the Mulsanne Straight. Going by the hashtags hinting at a Honda K-series under the hood, it might even outrun a few cars in this year's Le Mans field in a straight line.

As you should expect from handmade bodywork, these longtail roofs don't come cheap. Their retailer Rennwaffen asks $1,900 apiece for the bare shell, minus the latches recommended for installation. It's not a bolt-on either, as it requires structural support like a roll bar or cage, so there'll be some DIY involved. Then again, if your Miata race car is already so developed that you're considering extreme aero mods like a longtail, that kind of elbow grease probably isn't beyond you.