As electric acceleration puts the brakes on gas, Lamborghini is swapping its focus. 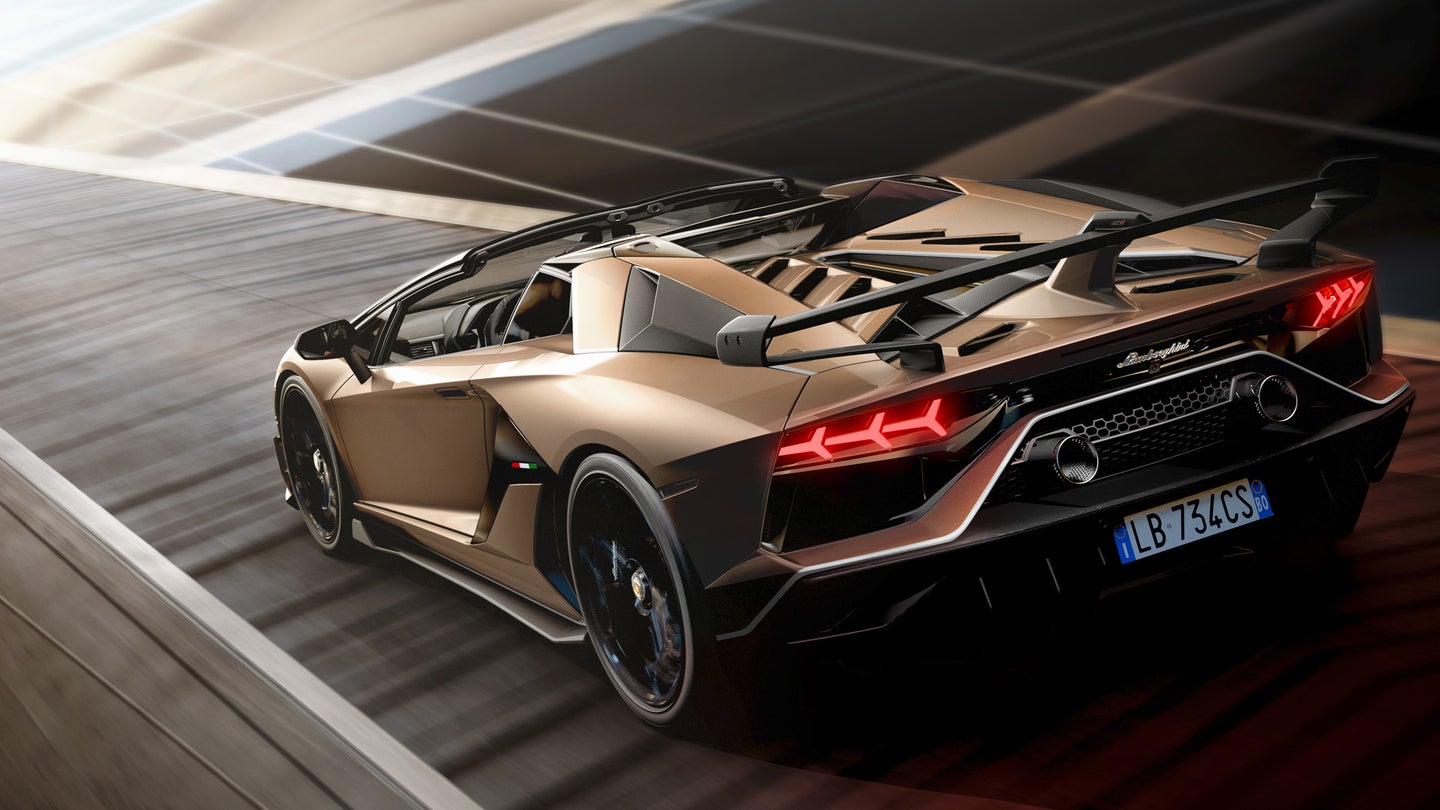 Last year we had to ask: is Lamborghini ok? And you might be wondering if this is the follow up answer of "definitely not." But it actually makes a lot of sense that as its parent group aggressively swivels to electrification, the V12 stalwart brand just stops trying to compete on torque.

Car Advice has reported that the boss of Lamborghini Asia-Pacific, Francesco Scardaoni, said feats like zero to 60 times no longer matter the way they used to. “If you go back to 10 years ago, probably when we were asked the parameters to measure a car with we would say top speed, acceleration and handling. Then top speed became a secondary measure, acceleration the first one. Now, basically, acceleration is no [longer] that important. Because it’s quite easy for those kind of [hybrid and electric] power units to have amazing results in acceleration," he explained.

Others in the VW Group might argue against that, as Audi or Porsche push for faster results in their EVs. But Scardaoni said that for Lamborghini, the driving experience is more key than a drag race stat.

He explained, “What is really now making the difference is the drivability of the car, the handling. Because when you have good acceleration but the car is heavy to steer, heavy to handle, you cannot have that pleasure of driving in a really fast way."

Lamborghini itself has been forced to concede on hybrid's sheer accelerative power, adding a supercapacitor to kick up the multimillion-dollar Sian's V12 by a well-disguised 40 horsepower when it's really needed. But that's exactly the kind of use they'd have for it, says Scardaoni—an experience-enhancing burst to smooth out a gear change, not a sudden injection of force to haul the car off the line faster than it can fire up.