Enthusiasts hate shifting "up for up and down for down," but here's why that's ok. 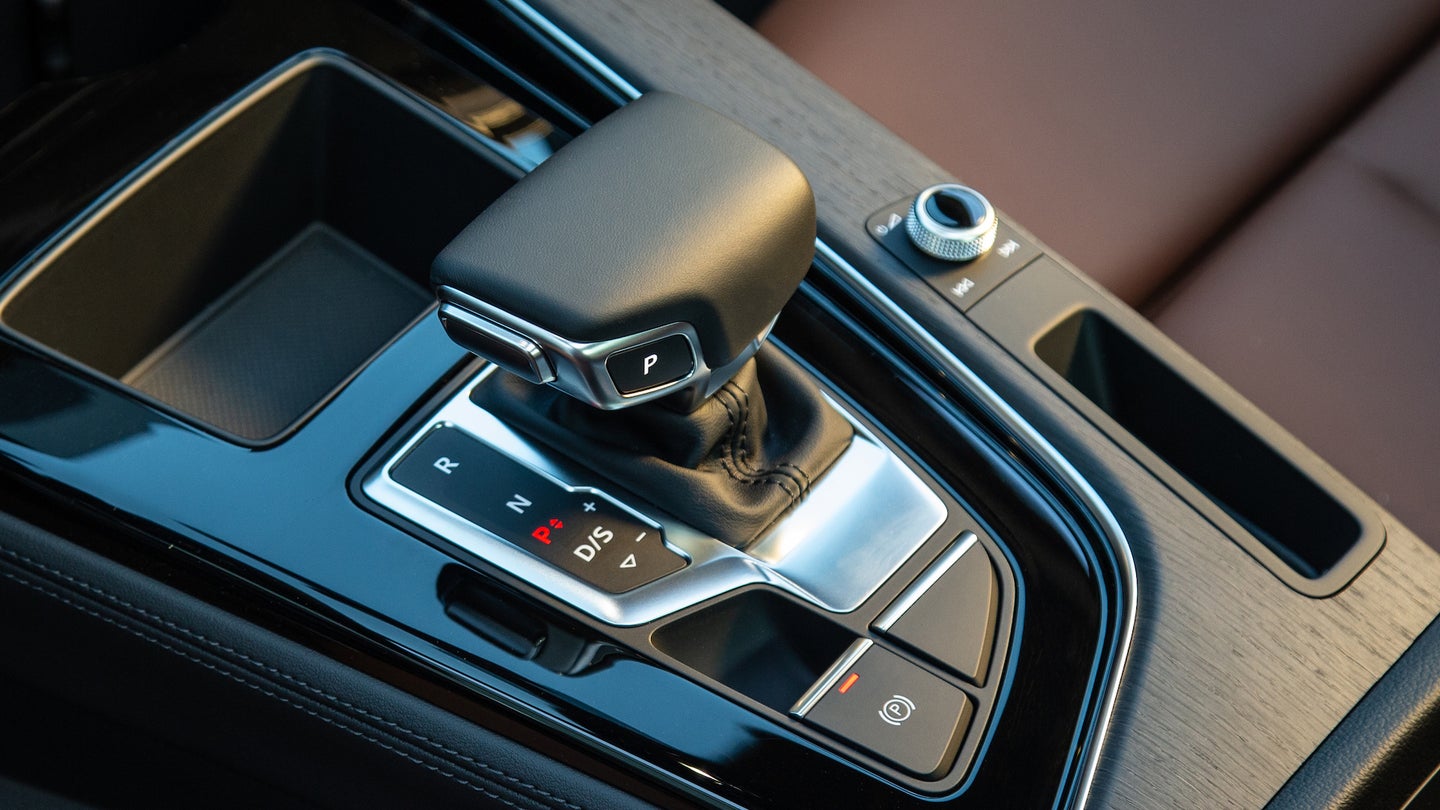 Imagine, for a second, you're driving an automatic transmission-equipped vehicle and, for whatever reason, suddenly feel the urge to take manual control and shift down a gear. Without using any paddles behind the steering wheel or looking down at where the little "+" and "-" symbols are positioned on the shifter below, in which direction do you move the shift lever? If you answered "push away from myself" or "up," congratulations, you're probably an enthusiast.

Of course, in motorsport and among most driving/car enthusiast circles, the generally accepted "correct" orientation for automatic sequential gear shifters is "push up and away to shift down, pull down and towards yourself to shift up." It makes sense, right? When you're shifting up in any sort of performance driving scenario, it usually means you're accelerating, which means pulling the lever towards yourself would feel more natural, momentum-wise. Inversely, if you're shifting down, it usually means you're slowing down, in which case pushing the lever away from oneself would be the more natural-feeling action. It's all about physics, really.

That said, there are a few road car manufacturers that insist on equipping their sequentially shiftable cars with levers oriented the other way around, that is, "push up to shift up, pull down to shift down." As backward as this might seem to folks like you and me, I'm here to tell you why this setup actually might make more sense to more people.

Take, for example, the Toyota Camry whose automatic shifter is pictured above. The "+" is positioned on top of the "S" while the "-" has been printed below, the complete opposite of what you'd find in, say, pretty much all race cars. But there's a reason for this.

Think about the people who are actually buying these things and how they actually use their vehicles. For the busy average person, the ability to manually force their car into a lower gear isn't there so they can bring the revs up so they're right in the powerband after they hit that apex. It's there because they were taught, correctly or not, that they should engine brake going down steep hills so as to not overwork their brakes. In this arguably much more common use case, downshifting is a means to slow down, not something you do while you're already slowing down so you can go faster afterward. And in this use case, pulling down to shift would, physically, feel more intuitive. (See also: pulling on the reins of a horse.)

And it isn't just the Camry that's like this nor is it just Toyotas. Pretty much all Toyota and Lexus products have their automatic shifters in this more mainstream-friendly "backward" configuration including automatic versions of the 86 sports car and Lexus' high-performance RC F and GS F. Audi and Volkswagen do this too, even on the outgoing Golf R, Audi's high-po RS cars, and, yes, even the R8. Chevy has it set up this way too in automatic versions of the Camaro. The Toyota Supra, meanwhile, appears to be the only Toyota-branded product to have it in the "proper" orientation very probably because it isn't actually built by... well, you know.

When we hit up Audi to get an official explanation as to why it does it this way, the company confirmed our whole "it feels more intuitive to regular drivers" theory before adding that it has always done it like this and has no plans to change.

"The very first automatic gearboxes used the P-R-N-D system. Deriving from this, '+' and '-' controls were added at one side to select the gears manually. The orientation was push to shift up/pull to shift down," an Audi spokesperson explained to The Drive. "Drivers got used to it, so the process has been retained and will be retained moving forward. It should also be noted that Tiptronic was among the first widely available 'manumatic' transmission systems. Now, pretty much every automatic transmission offering has a shift-it-yourself option."

Much like what color that dress was and whether you're supposed to wipe sitting or standing, this is likely one of those fairly inconsequential debates, no pun intended, where folks on both sides of the issue will find it hard to empathize when presented with the other side's existence. So, I'm proposing a solution to all automakers that should make their cars more user-friendly to more people: most shift levers operate by-wire these days anyway so make the orientation configurable, like being able to invert the Y-axis in a video game. (Inverted Y Gang for life.)

Alternate solution: nix the lever-based shifting thing completely and tell your customers to either use the steering wheel paddles or keep it in full-automatic like a normal human being.