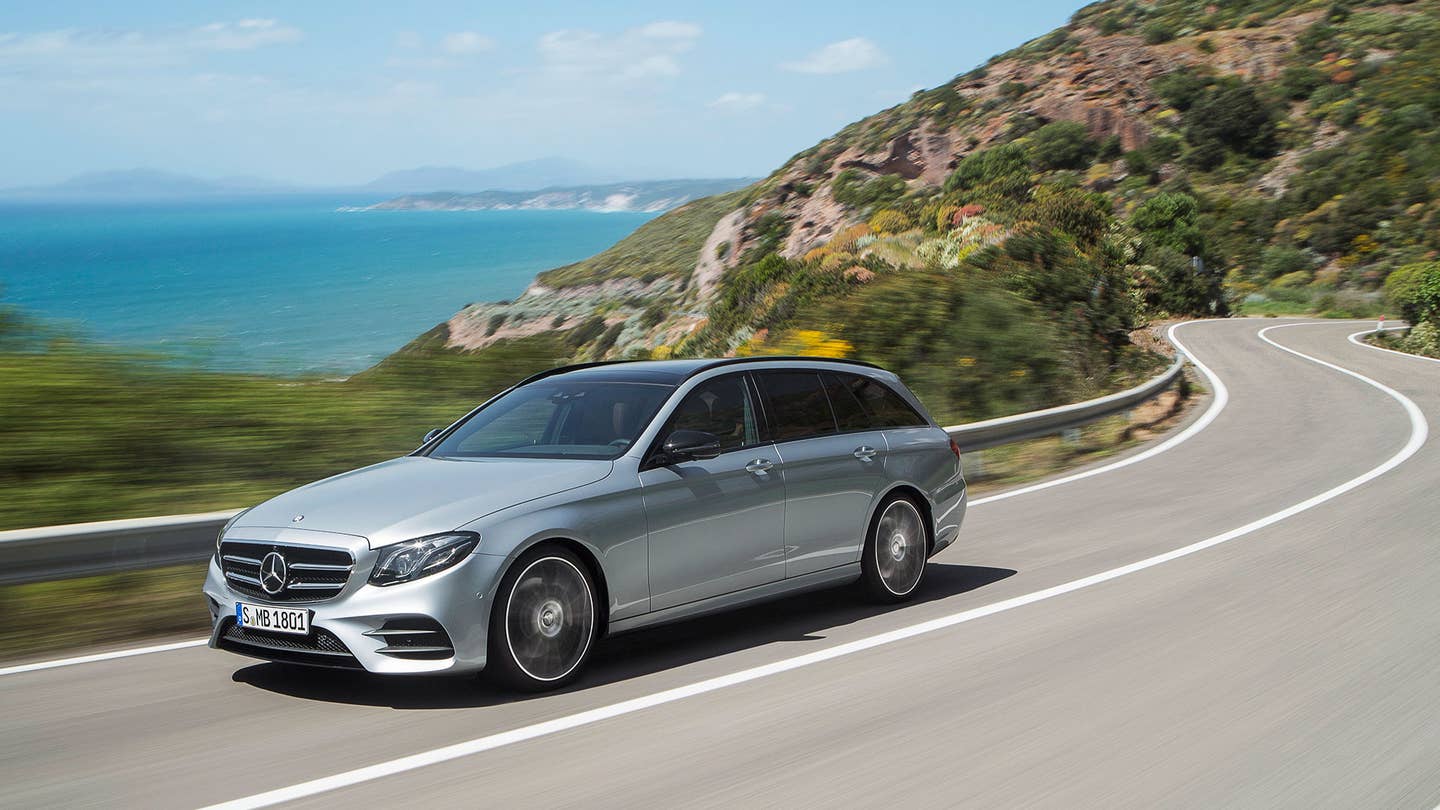 Praise be to bags of dog food, skis and snowboards, vintage armoires, and all things holy and haul-able: Mercedes is bringing back its venerable E-Class wagon for 2017. College towns along the eastern seaboard, take note: it's tailgate time. Get ready to throw your L.L. Bean totes in the air.

Since the late 1970's, Mercedes has peddled station wagons par excellence to Americans in need. In fact, like Kleenex before it, the diesel Mercedes 300TD came to signify an entire genre—at least to subsections of the northeastern United States that had fallen out of love with their Ford LTD Wagons and thirsty Windsor V8s. Want a comfortable Mercedes with a cargo hatch? Until the M-Class debuted in 1997, the E-Class Wagon was a family-toting Teutophile's only bet. (The C-Class pretender, available from 2000 through 2007, never had the presence that denotes a proper Benz wagon.)

But then, as was the trend across the industry, SUVs began to slice into the Benz wagon's already slender market share. In fact, since 2011, when BMW chose not to bring its 5-Series big-butt to our shores, the E350 Wagon has been the last of its kind, a lonely dinosaur with 13 square-feet of cargo capacity. Aficionados everywhere have been twittering nervously: Would Mercedes even bring a long-roof version of its new W213 E-Class to the truck-loving US?

Thankfully, the company has realized that no number of swoopy-roofed crossovers can fill a wagon-sized hole in one's heart, and has seen fit to grace us with a 2017 E400, replete with sexy hatch, a 329-horsepower six-cylinder, and a backwards-facing bench seat. It will come, as do all E-Classes, with DRIVE PILOT, Mercedes' autonomous suite, plus the full bounty of Mercedes tech, from a 9-speed transmission to active sound cancellation.

With all that, you'll be able to hear every snort and gurgle of your Golden Retriever's snore as you whisk him down the I-91 at tremendous speeds and in uncompromised comfort. Will Mercedes bring us the rip-snorting E63 AMG wagon as well, in order to give Rex a thunderous wake-up call? Fingers crossed.