Will It Boost? Watch These Guys Feed Random Objects Into an Open 88mm Turbo

Turbos are dangerous to more than just Brian O'Conner's manifold. If you stick your fingers anywhere near one that's spinning 300,000 times per minute, you're sure to be down a digit or two. You can imagine, then, what happens when you force-feed objects into one that's angrily spooled by a Corvette's V8.

Garrett Mitchell, otherwise known as Cleetus McFarland, did that for his YouTube channel and it turned out exactly how you'd expect. He sent a Slim Jim, some Twinkies, and a whole frickin' banana through the 88-millimeter Precision Turbo on his seven-second Corvette. Even though he didn't quite hit the target's bullseye every time, he did show some...precision. I'm sorry.

No one in their right mind would tell you this is a good idea, but then again, these folks aren't always concerned about that. If it's good enough for the internet, it's generally good enough for them. That must be why they went beyond the produce aisle with the main stunt.

One way or another, Garrett and the gang acquired some sample breast implants from Ebay and promptly tossed them into the turbo, too. The first, a 175cc implant, was slung across the shop in a hurry. Parts of it just barely hit the target while the rest was sent hurtling toward the wall. It only got worse when they stepped it up to a 650cc implant.

Garrett points out that, yes, that's more displacement than a lot of street bikes are packing. That actually turned out to be a problem as the whole thing wouldn't quite fit in the turbo, so a few failed lob attempts didn't produce the best results. It took a pair of pliers and some bravado to really make the most of it, but still, it was more globule than anything.

You just know that turbo isn't happy, what with it being two-stepped over and over again while also dealing with foreign objects. It starts smoking early on in the video, but that could be because it's mounted the wrong way without a constant oil feed. By the end of it, that haze is coming from the melted silicone more than anything.

Gotta say, I won't ever try this. But that's what the internet's good for. Just be careful and keep it between the lines, Cleetus. 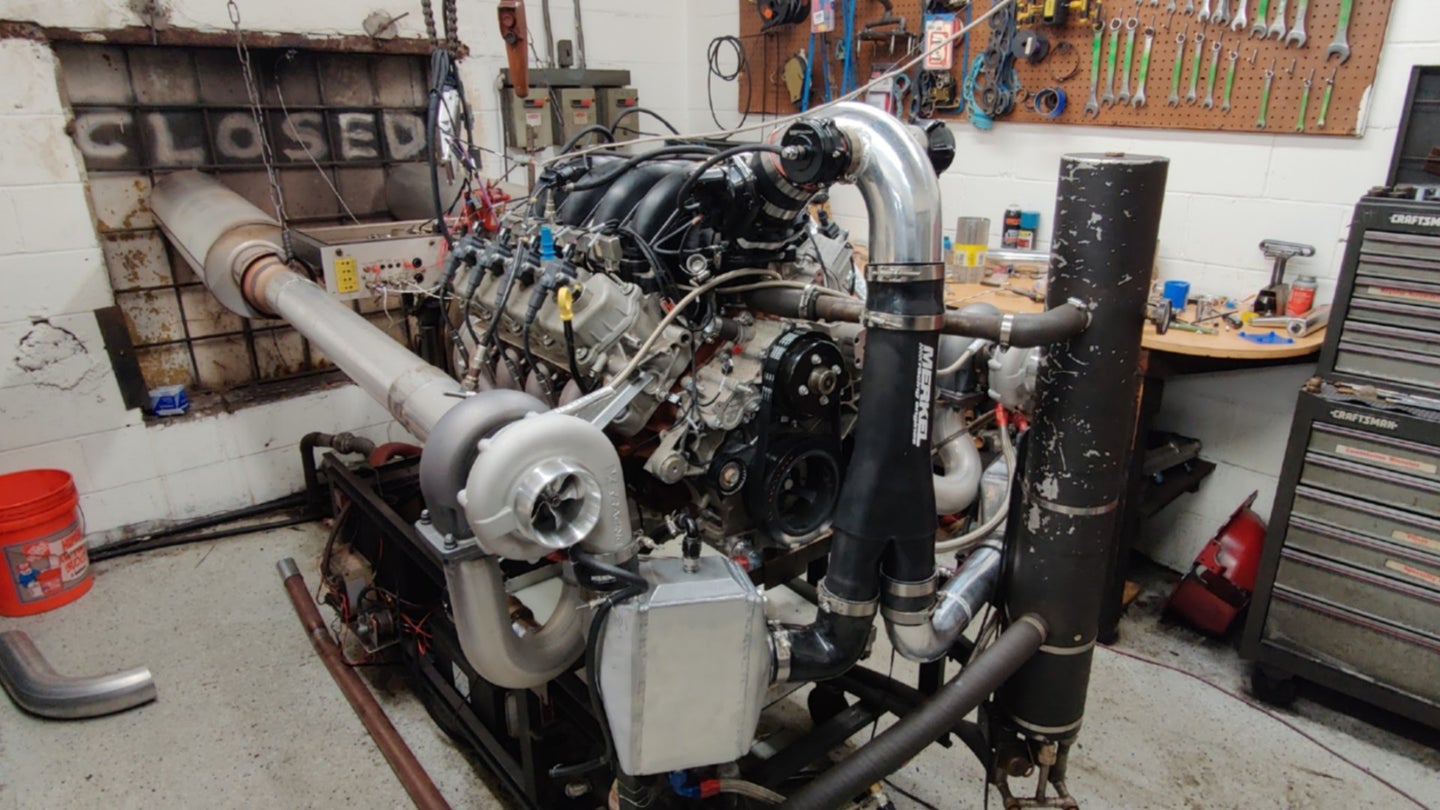 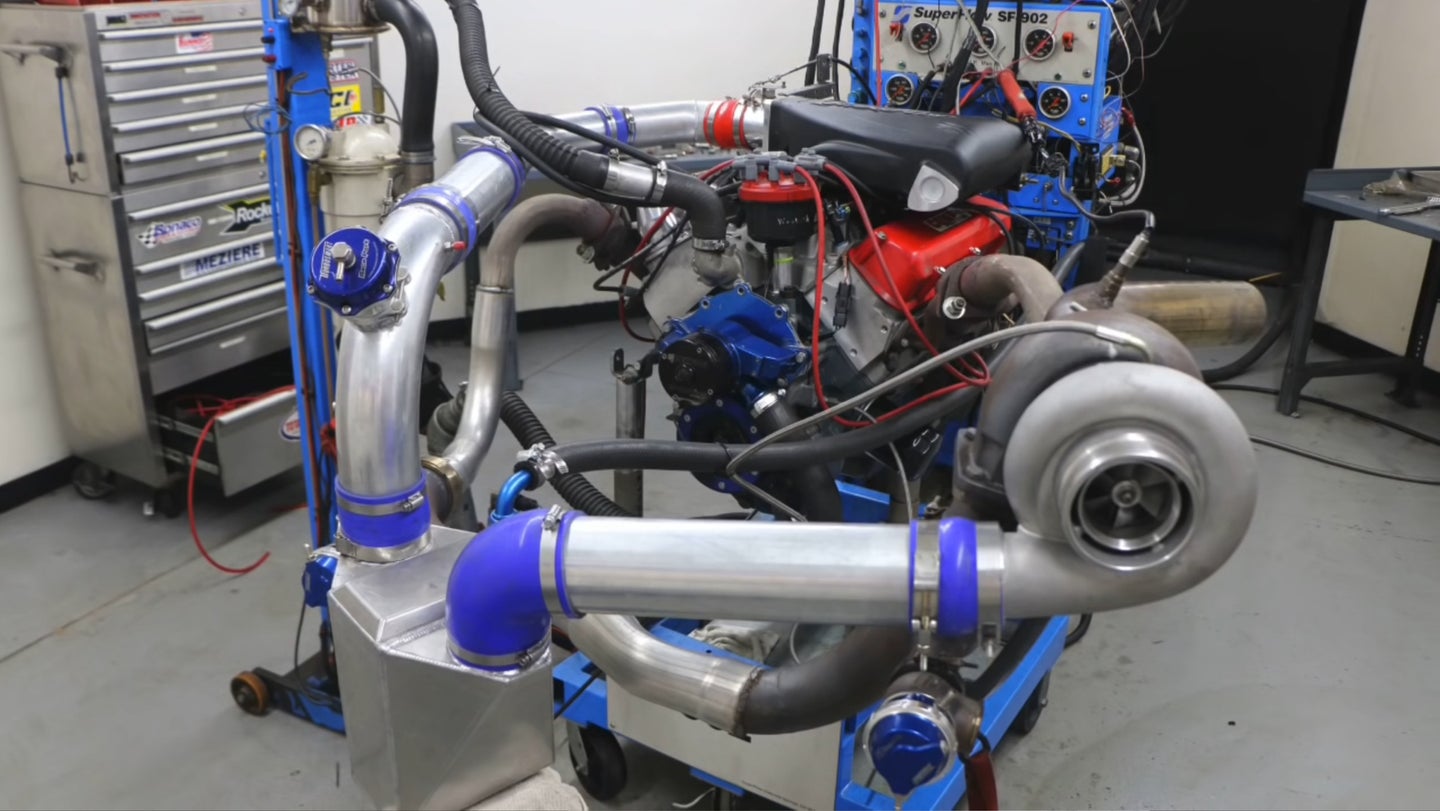 From the Honda K24 to gigantic LS builds and even an old-school Chevy 454, this turbo holds its own in dyno tests with them all. 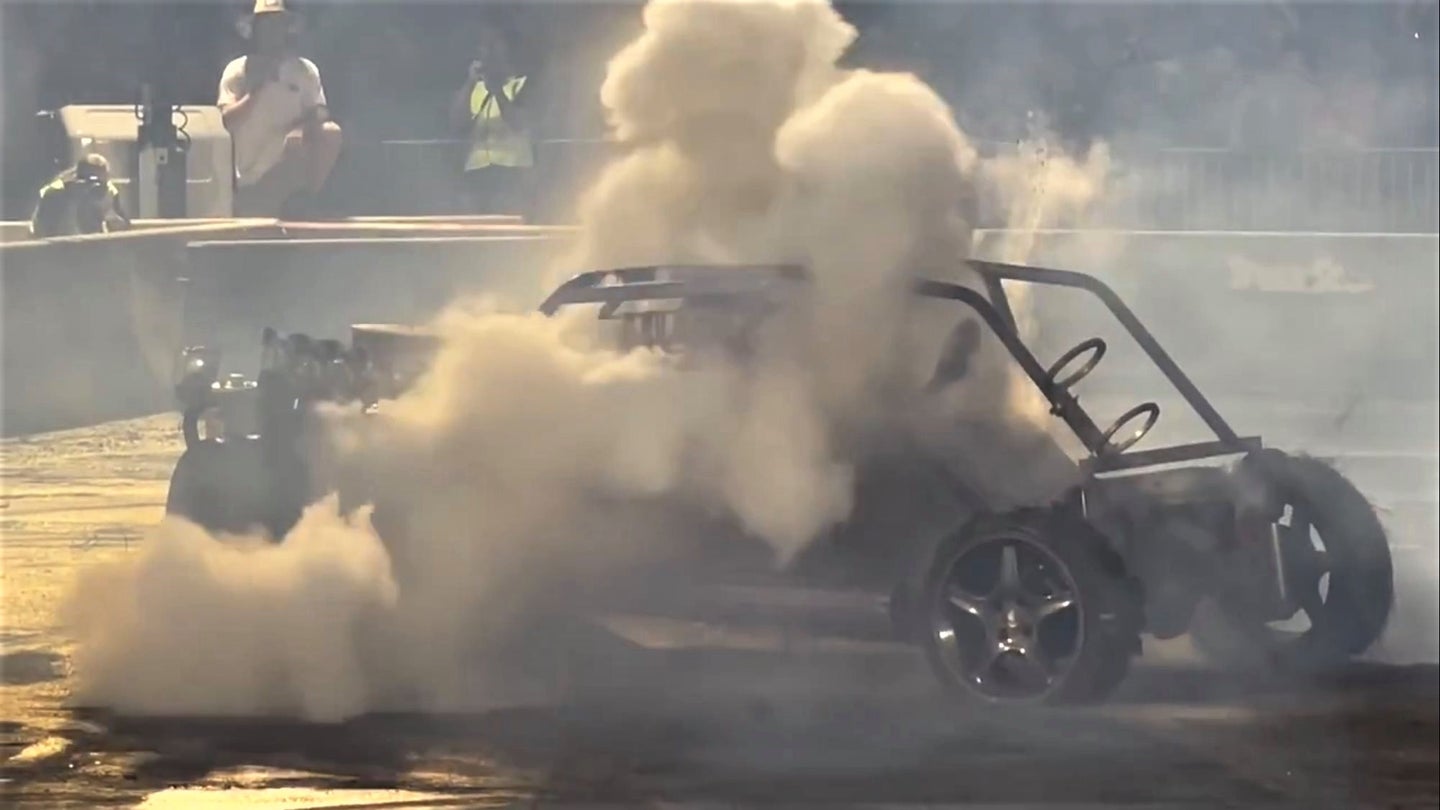 The driver suffered third-degree burns when a radiator hose exploded. 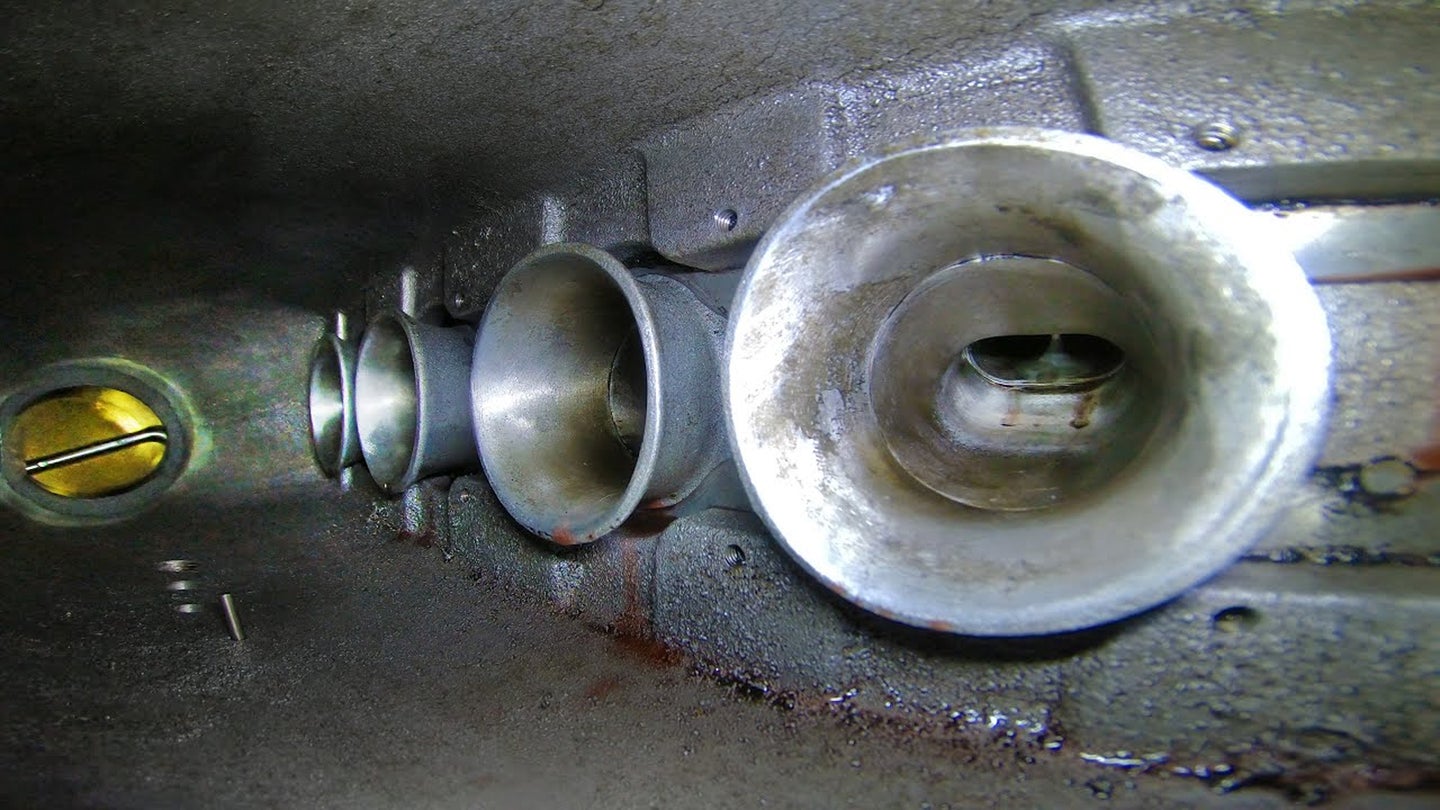 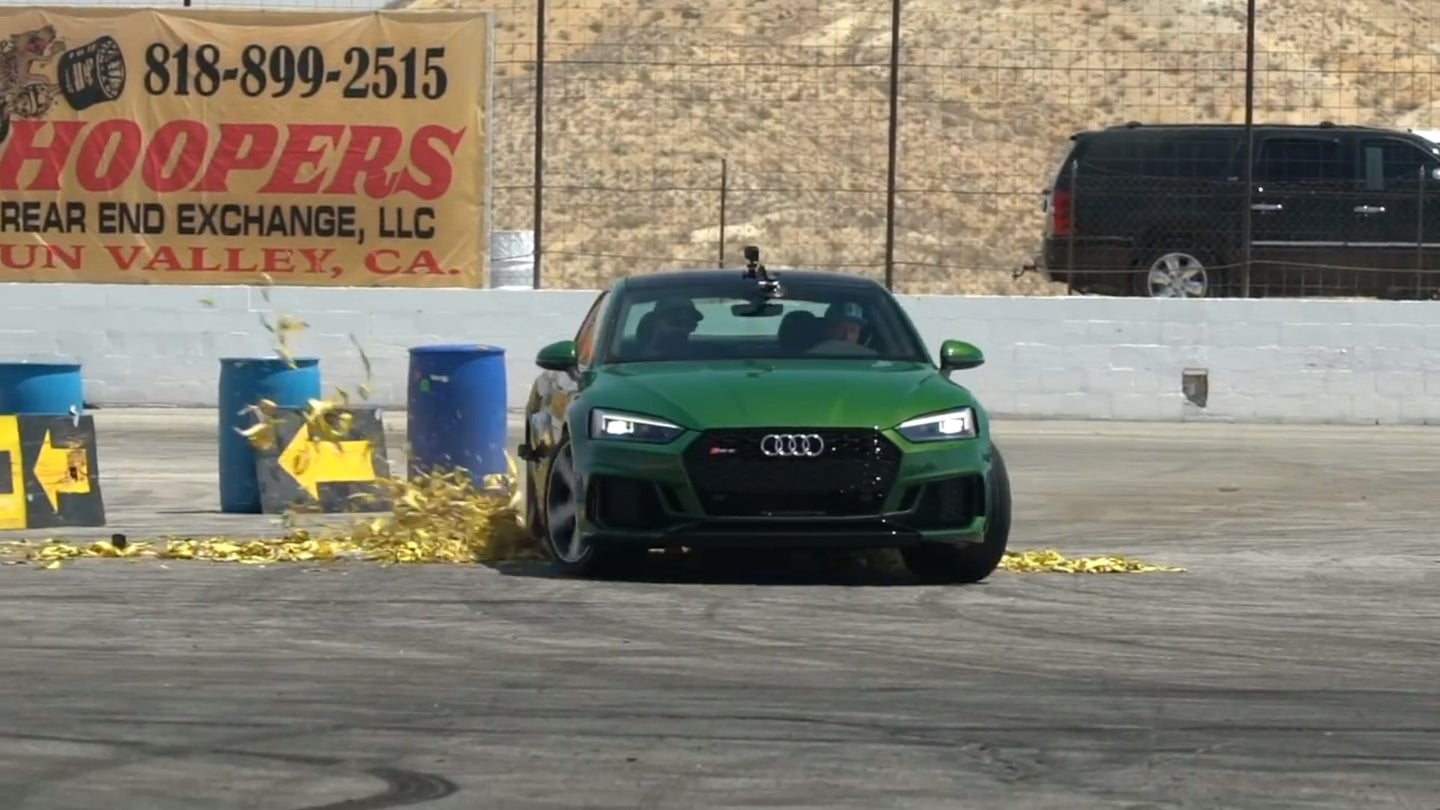