The massive 300-car ferry made room for another young passenger after she was stuck at sea for about 20 minutes. 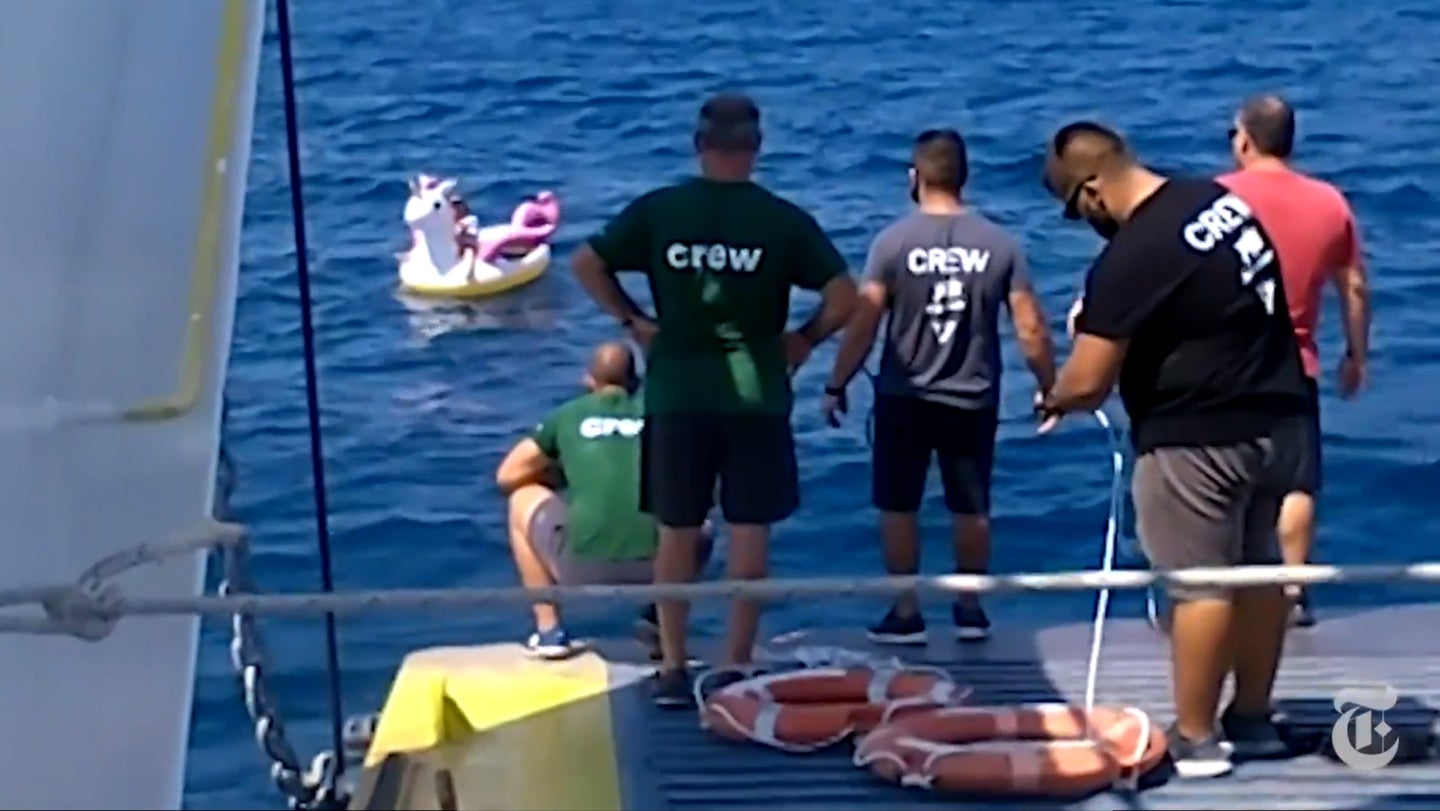 A three-year-old in Antirrio, Greece, was blown out to sea on one of the most terrifying vehicles imaginable: a unicorn floatie.

Look, floaties are cute, but they're also pretty impossible to control, especially if the floatie in question dwarfs your entire body.

The girl's family were out on the beach in southern Greece when a strong wind set the unicorn adrift in the Gulf of Corinth faster than her parents could react, reports the New York Times. Others on the beach tried to help catch her, including some who tried reaching her in a small dinghy, but that small boat was no match for the gulf's stronger currents.

Fortunately, the captain of the Salaminomachos car ferry, Grigoris Karnesis, spotted the child and started moving the ferry closer where they could pick her out of the water. Greek authorities contacted the ferry once the girl was reported as missing as the ferry was the closest ship to her. The girl was clinging to the unicorn's head, and the crew onboard the ferry said that they could hear her scream for help as they got closer.

The Salaminomachos is no small boat. It's 331 feet long, and holds over 300 cars and 500 passengers. As such, the captain had to be extra careful not to catch the girl up in the boat's backwash. He described his rescue maneuver to the New York Times as creating "a lake" around the ferry. The front engine was shut off to minimize movement, and the ramp was lowered to put the floatie within reach.

Vasislis Karnesis, the ship's mechanic and captain's brother, was able to go to the very edge of the ramp and bring the girl in to safety. Petros Kritsonis, the passenger who filmed and posted the video of the rescue online, told the New York Times that the girl was speechless and in shock when she was rescued. Captain Karnesis estimated that she was out at sea for about 20 minutes.

Greek Prime Minister Kyriakos Mitsotakis thanked the crew for the heroic rescue. Kritsonis posted it to show how easily floaties can get lost at sea, and told the New York Times that he felt as if many commenters were unfairly blaming the parents for what happened.

“We don’t know what can happen from one moment to the next,” Kritsonis told the NYT. “The sea is a deceitful thing.”