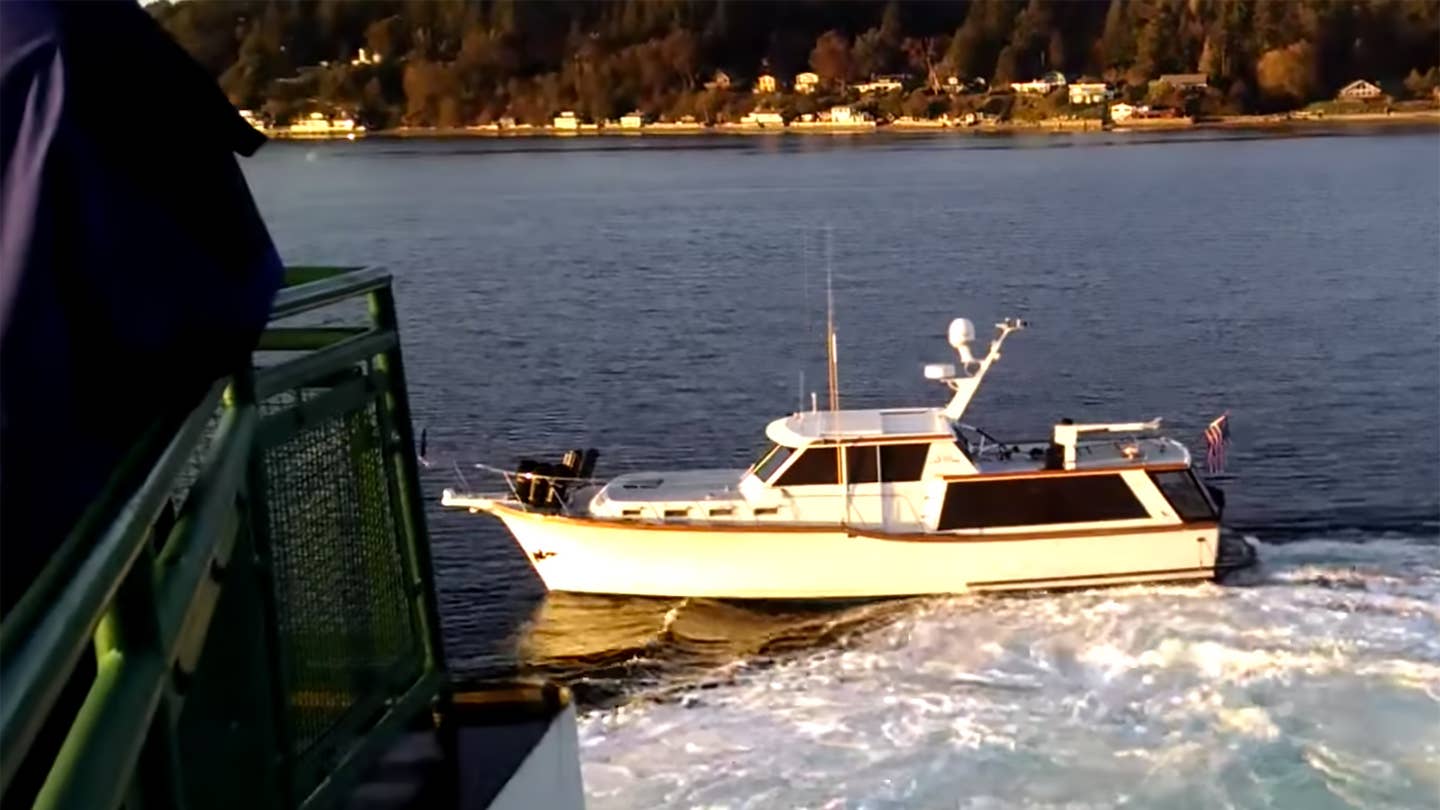 Just like on our roadways, there are rules for right-of-way on the ocean. Washington State Ferries—massive ships which ply fixed routes and often navigate narrow channels—generally have those rules written in their favor. And, as a national security precaution, vessels aren't allowed within 100-yards of a ferry underway. But there's another unwritten rule. If a vessel's bigger than yours, get out of the damned way. The captain of Nap Tyme, a handsome pleasure yacht sailing in the Puget Sound, survived a brush with one of those big ferries after breaking all those rules.

Washington State Ferries are remarkable machines. Often powered by diesel locomotive engines coupled to electric motors, the big ships are well suited to their job—and manuverable—considering their size. But that manuverability only goes so far. Faced with an errant pleasure craft, a ferry Captain would get on the horn. Five quick blasts signal that the ferry skipper doesn't know what to expect out of another captain's actions. Getting hard on the horn? That's pretty self explanatory.

No matter how efficient the ship, no matter how effective the drive system, 273-feet of ferry moving briskly through the water is an awful lot to get slowed down. A smaller ship is much more able to change course, but apparently the pilot of the little pleasure yacht was indisposed below decks. Lucky for the captain and owner of Nap Tyme, the vessel was sturdy and, while dramatic, the collision wasn't too severe.