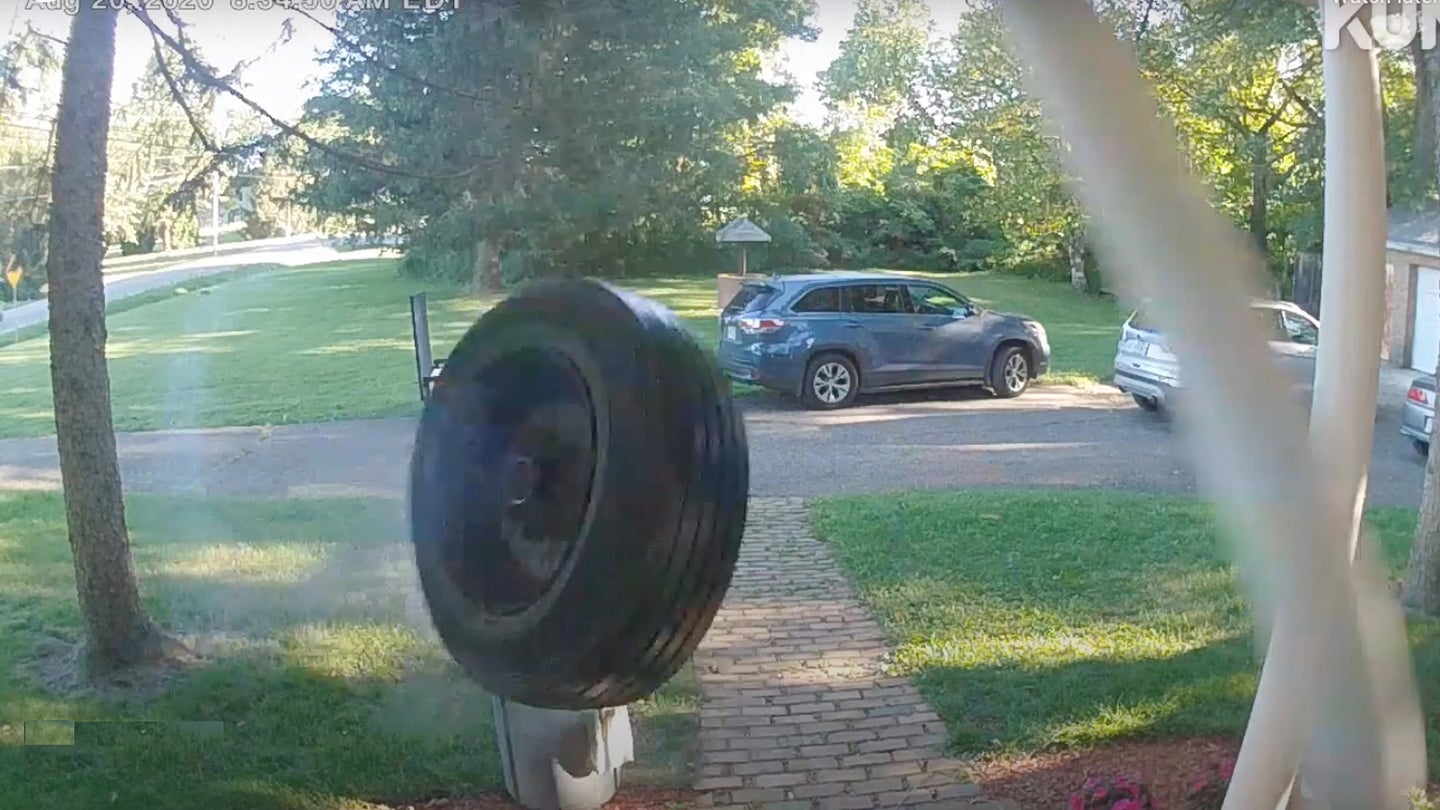 Pieces fall off from cars all the time, wheels included. In fact, one time I was driving late at night and I accidentally ran over the corpse of a deer, and when I stopped to check out the damage at a rest stop a few miles later, my rear bumper was gone! Stuff like this happens to the best of us, right? However, these moments aren't typically caught on camera—but this isn't one of those moments.

Last week, a tire decided it had enough with this "being attached to a car" business in Pataskala, Ohio, and unleashed itself from its load-bearing duties via mechanical failure and achieved freedom at last. Its first order of business? Beating up a house.

After being fired off of its parent vehicle, the wheel enter's the camera frame with a smoke trail straight off a Patriot missile. It smashes into the side of the house, takes out one of the pillars supporting a canopy over the front door, and rings the doorbell. After this Viking death, it lays itself to rest on the front lawn.

That would be the whole story if there weren't an alternate universe where this whole event was actually nothing out of the ordinary. In the house? A family of tire-human hybrids—like the Michelin Man. Slamming into the front of the house means "Honey, I'm home!" in tire speak. The children rush outside, excited to see their father. Ah. He's already smoking his daily cigar on the front lawn.

Anyway, it's unclear the extent of the damage that was done to the home, but it sounds like some glass breaks at the very least, so if I had to bet, I would say the house is going to need a new door. That pillar is also likely in pretty poor shape. It's unknown if anybody was harmed in this incident, however, no injuries were reported.

Watch As a Runaway Truck Wheel Demolishes an Oncoming Car

Nobody died or was even seriously injured.