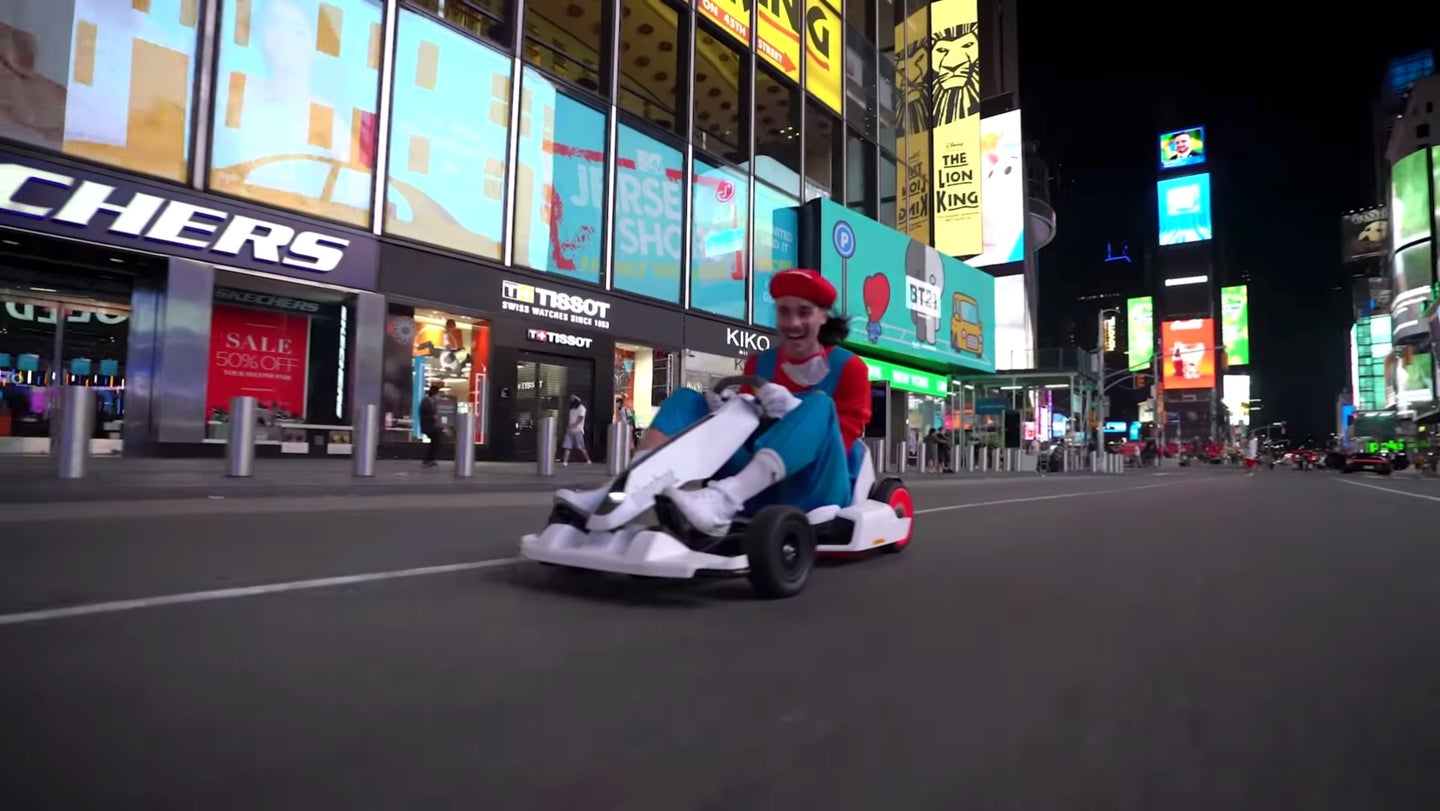 Mario Kart is usually enjoyed from your couch, not a bench in Central Park. That's why New Yorkers were doing double-takes when they saw Nintendo's Mario and Luigi rolling around the park's paths on karts, tossing banana peels at one another. And the whole stunt, of course, was done for the only thing that really matters: making people smile.

Dreamt up by North Carolina transplant and social media personality Caleb Simpson, the Mario Kart caper required careful planning on the part of Simpson, who played Mario, and his Luigi-impersonating cohort Irving Salazar to create the video embedded below.

"I thought it'd be funny," remarked Simpson in an interview with The New York Post, where he disclosed the video was "logistically a pain in the ass."

The problems didn't lie with acquiring costumes, which are a dime a dozen outside Halloween season. Concerned about unpleasant encounters with the stretched-thin New York Police Department, Simpson elected not to buy costly, gas-powered street-legal karts and instead sourced low-speed electric karts limited to 15 miles per hour. This preparation meant that despite multiple encounters with police officers during the video's filming, Simpson and Salazar got away with rolling around the city streets as Mario and Luigi.

"They were stopping everybody and checking their IDs," Simpson said, adding that no matter what, the stunt would've been worthwhile to "push some positivity and hopefully make the people laugh."

Mario Kart-inspired antics don't always go down as smoothly with the public, or authorities for that matter. In the late 2000s, French prankster Remi Gaillard drew tens of millions of views on YouTube by driving an (obviously unregistered) racing kart down public roads, flinging banana peels at passing cars and even getting intercepted by police. But while Gaillard's pranks were funny in their own right, they sometimes came at the expense of the general public, so to all you aspiring YouTube pranksters out there, treat Simpson as your role model. His ratio of laughs earned to times being handcuffed is probably far higher than Monsieur Gaillard's.

If you’re going to have your toes smashed by your spoiled brat, it might as well be in this.