Nostalgia Alert: Micro Machines and Fold-Out Super Van City Are Back In Stores

You’re never too old to push a die-cast down a plastic track. 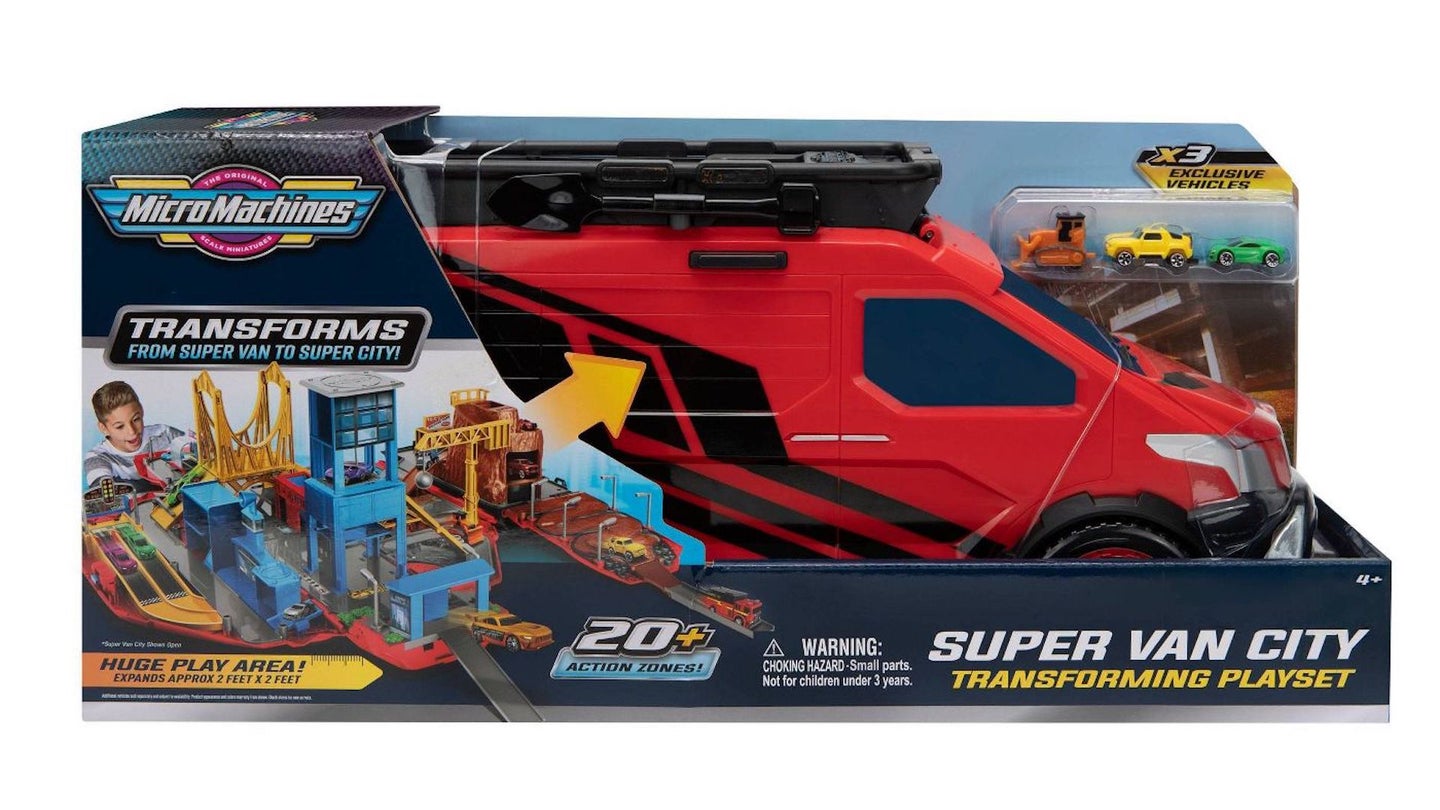 Back in Dec. 2019, when many of us still expected 2020 to be a banger of a year, Hasbro lit up some long-forgotten neural pathways when it announced the return of the Micro Machines line of toy vehicles. And while most people's expectations for 2020 haven't played out, Hasbro's lived up to its word and put Micro Machines on store shelves across the United States.

Launched in 1988 by Galoob, the Micro Machines line quickly became America's bestselling brand of toy cars, with its sales even eclipsing Hot Wheels, Matchbox, and Majorette combined. After Hasbro acquired Galoob, the brand lost its touch, and gradually faded into near-irrelevance by the mid-2000s. But now that Millennials—like the Baby Boomers before them—are reaching the age of nostalgia, Hasbro sees it as the right time to relaunch Micro Machines, with one of the line's greatest hits as its flagship product: Super Van City.

As the certifiably Rad™ ad above shows, Super Van City was a playset that came in the form of a conspicuously large custom van. This, of course, was little more than a case for the fold-out set, which when unfolded turned into a sprawling, but an activity-dense playground for toy cars. Ramps, bridges, turns, and even a built-in drag strip ignited the imaginations of many a millennial child, and undoubtedly made cars a lifelong interest for some. Though Super Van City's packaging and terrain have changed some for 2020, the drag strip remains in place, so there never need be any confusion over whose die-cast is fastest.

Available through Target and Walmart according to Autoblog, 2020's take on Super Van City retails at $50, making it the ideal birthday surprise for a five-year-old—or a 25-year-old like me. I'm too young to remember Super Van City myself, but I can admit to seeing myself enjoying something like this as an adult. Maybe that's why some people have kids; to access that same imaginative state of pretend we rarely experience after losing our innocence.

The best part? No extra bricks are required.

Boomer nostalgia wrought the modern Dodge Challenger. How will car companies serve millennials with the money to relive the Radwood era?