This is what racecar bed logic looks like applied to an entire freaking house. 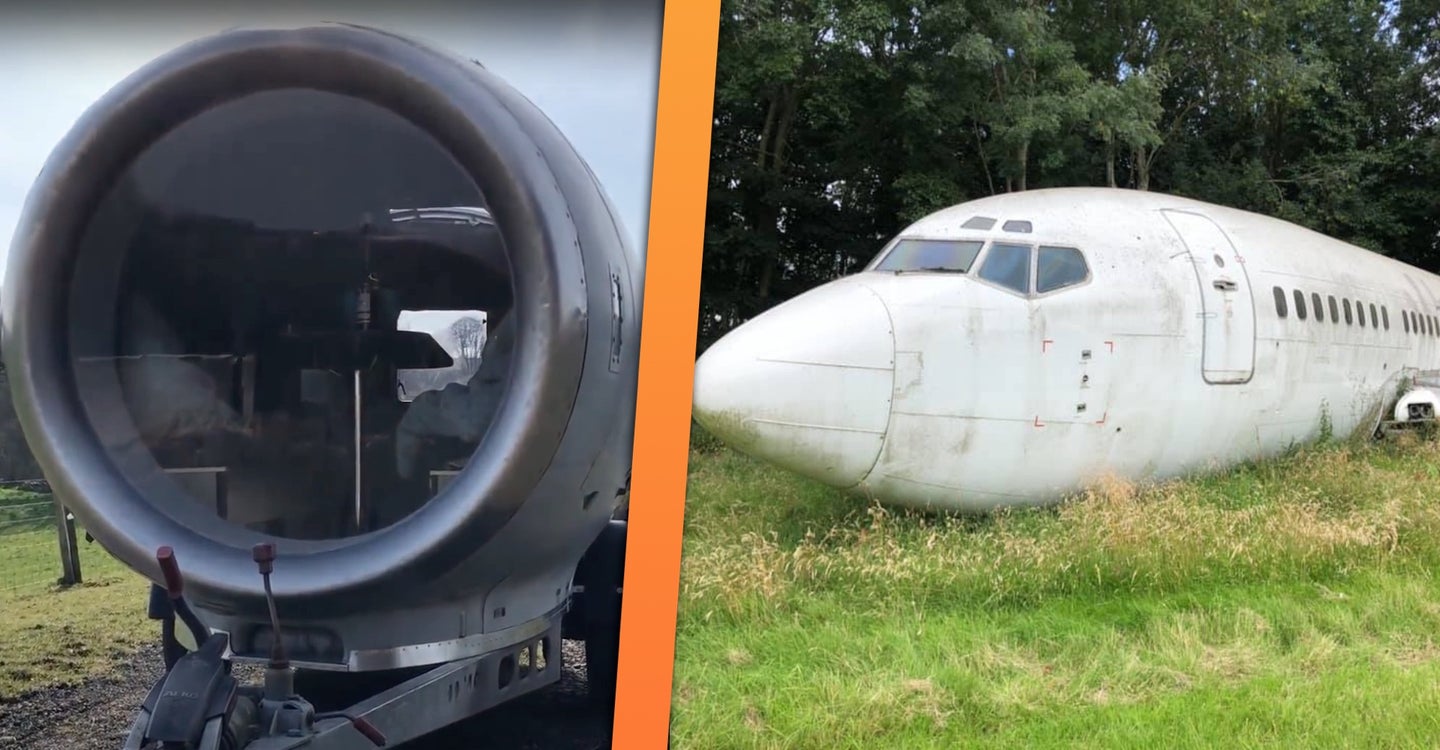 Turning an old jet engine nacelle into a cozy and stylish little camper is textbook upcycling; the practice of repurposing waste as something useful or artistic. And it would seem the camper's creator, British aerospace mechanic Steve Jones, is far from short on ideas for how to upcycle old airplane parts. In addition to a Boeing 747 engine hot tub (formerly also destined to become a camper), Jones also plans to undertake a housing project of a grander scale: the conversion of a retired Boeing 737-500 into a mobile home.

Jones announced the project on the Facebook page originally used to document his camper build, and explained that his biggest project yet will be a "static caravan." That's an Anglicism for a mobile home, and it's one Jones says he'll rent out to travelers when it's done in a couple years' time. A perfect getaway, then, to celebrate surviving COVID-19.

"I've now decided to turn the 747 engine intake into a hot tub, and this great 737 fuselage I've just got will be turned into a static caravan sited on a friend's caravan park [sic]," Jones tells us. "It'll be four-berth and be very plush. I'm using the first seven meters of the fuselage, and I'm planning on having the whole flight deck all kitted out."

By kitted out, Jones tells us he means restoring the cockpit to look flight-ready, complete with trim and instruments. Much of the Boeing's interior will be outfitted similarly, though one imagines him to use furniture more comfortable than airline seats.

"I'm also planning a set of patio doors to the rear, and a small veranda," Jones said of his long-term plans for the plane. And long-term plans, they are, as he sees his current projects—including the aforementioned hot tub and improving his family's barn—easily taking 18 months.

And when Jones does finish, don't be too surprised if The Drive pays a visit to explore his handiwork. There are, after all, worse reasons to visit Europe than to obsess over custom campers, lap the Nürburgring, and wrap it all up with a stay at Italy's Mazda Miata-themed resort, Miataland.